The man who championed the anti-corruption cause in Quebec is jumping into electoral politics as a candidate for the Coalition Avenir Québec, raising the profile of the third party and changing the dynamics of the campaign.

Jacques Duchesneau's presence exposes the Liberals on their most vulnerable flank. As head of the special anti-collusion squad that tabled a devastating report last September, he is a powerful symbol of the the movement to stamp out corruption in Quebec.

One source close to the CAQ even said that Mr. Duchesneau is in a position to make revelations on the ties between the awarding of billions of dollars in government construction contracts and the financing of political parties. In this way, the source said, Mr. Duchesneau would loom as a potential threat not only to Jean Charest's Liberals but to the Parti Québécois, which ran the province before the Liberals.

At the very least, his presence could damage the PQ campaign strategy. Party Leader Pauline Marois has been positioning herself as the standard-bearer of honesty and integrity and the only alternative to Mr. Charest's "corrupt" government.

With Mr. Duchesneau on board, the CAQ is better situated to attack the two "old" parties and claim that it is the only party capable of forming a government that isn't cut from the same cloth as the Liberals and the PQ. The message could resonate with voters who disapprove of Mr. Charest's style of government but have been hesitant to support the PQ.

Mr. Duchesneau made his decision last Sunday, after hesitating for days.

He will run in the riding of St-Jérôme, just north of Montreal, and is expected to make his candidacy official there on Sunday, a source said.

The riding is held by PQ member Gilles Robert, who is running again.

On the Liberal caravan, party members avoided the matter. Liberal candidates dodged cameras and mics at campaign stops, and Mr. Charest said he would not comment until the candidacy becomes official.

However, the Quebec Liberals ramped up their overall attacks against the CAQ, hoping to stop the party from gaining any momentum in the early days of the race. In late afternoon, they issued a statement calling CAQ proposals "simplistic and outdated."

Ms. Marois of the PQ said she was surprised by Mr. Duchesneau's decision to run for the CAQ but insisted her party has no skeletons in its closet when it comes to party financing.

"If there is anyone who has to be worried if Mr. Duchesneau runs, it is the Quebec Liberal Party," Ms. Marois said. She acknowledged that Mr. Duchesneau's presence will have an impact on the campaign but insisted that the PQ has been at the forefront of the battle against unethical and illegal financing practices.

The report Mr. Duchesneau tabled in September told a tale of intimidation, threats, fear and illegal practices involving construction companies that operated like cartels and engineering firms that controlled illegal schemes to obtain government construction contracts. He also said the practices were tied to the illegal financing of political parties.

The report forced Mr. Charest into calling a public inquiry into the alleged corrupt practices after months of resisting public pressure to conduct a probe.

The inquiry headed by Quebec Superior Court judge France Charbonneau will also examine the ties between the awarding of government contracts and the financing of political parties.

When Mr. Duchesneau testified before the Charbonneau commission last June, he said that as much as 70 per cent of the funding of political parties was being conducted using questionable and illegal practices.

Critics have accused Mr. Charest of calling a summer campaign to avoid potentially damaging revelations from testimony expected before the Charbonneau commission when it reconvenes on Sept. 17, two weeks after the election.

Worked as a consultant and businessman before being tapped in 2002 to head the Canadian Air Transport Security Authority after the Sept. 11, 2001, terrorist attacks in the United States.

Thrust into the public eye in the 1980s, when as a young sergeant-detective he arrested his own boss on the Montreal police drug squad for stealing cocaine and hashish from an evidence locker. The supervisor, a legend touted as a future chief, went to prison.

It was the leak of an explosive report by Mr. Duchesneau in the fall of 2011 that finally pushed Jean Charest to name a provincial inquiry into corruption after resisting public pressure for nearly two years.

Earlier this year, some called on him to make a second try to become mayor of Montreal, but he apparently wasn't interested. He was defeated in his previous bid, his only attempt at elected politics.

In his bid for the mayor's job in 1998, he described opponent Jean Dore as arrogant and condescending, and as the mayor who had plunged Montreal into fiscal hell.

Montreal Mayor Gerald Tremblay demanded an apology this year after he made disparaging comments about Mr. Tremblay in a newspaper interview. He joked that he wouldn't trust the mayor to sell him a used bicycle.

Political views during the mayoral race sound similar to those promoted by the CAQ now. When a newspaper editorial called him a strong federalist, he was quick to announce he was neither federalist or separatist, just pro-Montreal.

He has donated to Mr. Charest's Liberal Party in the past. Earlier this year, he gave $1,000 to the CAQ. 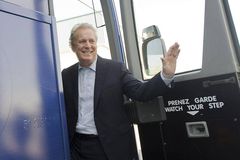 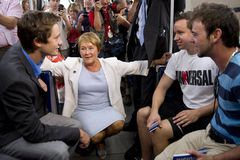 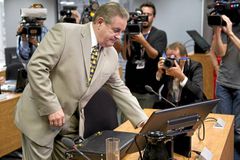 Quebec anti-corruption squad boss: I leaked findings so they wouldn't be ignored
June 14, 2012 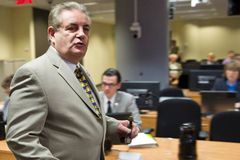