What's a waitress mom to do?

No group of American voters seems to have more difficulty deciding how to vote in this election than white working-class women. And these so-called "waitress moms" could hold the fate of President Barack Obama or his Republican rival in their hands.

Almost every other demographic group leans heavily toward one candidate or the other. White men are largely lost to Mr. Obama. Blacks and Hispanics have overwhelmingly written off Mitt Romney.

Married women in the suburbs are lining up behind the Republican. Single women are embracing the President in huge numbers.

But a subset of the fairer sex – white women without college degrees – is going back and forth between the candidates. And how they ultimately mark their ballot could determine who wins on Nov. 6.

Waitress moms abandoned Mr. Romney in big numbers in the wake of his "47 per cent" remark. Many of these women may not make enough to pay income taxes, but they resented Mr. Romney's suggestion that they are "dependent on government."

Yet, these waitress moms had a lot to do with Mr. Romney's rise in the polls after the first presidential debate on Oct. 3. The precariousness of their economic situation – millions of working-class women have been unable to find full-time employment in the past four years – led them to take a second look at the Republican nominee.

An Associated Press-GfK poll released Thursday suggests that Mr. Romney is holding on to their support. The poll shows the two candidates tied at 47 per cent support among women, giving Mr. Romney and overall 47 per cent to 45 per cent lead among likely voters.

Most polls still show a large gender gap, however, with Mr. Obama leading among women by as much as 10 percentage points and Mr. Romney ahead among men by about the same amount.

What's more, the AP poll was taken between last Friday and Tuesday, before the latest flap over women's reproductive rights. In a debate on Tuesday, Indiana Republican senate candidate Richard Mourdock, who opposes abortion in all circumstances, said that even a pregnancy that arises out of rape is "is something that God intended to happen." He apologized for the comment on Wednesday.

The Romney campaign said the GOP nominee "disagrees with Richard Mourdock, and Mr. Mourdock's comments do not reflect Gov. Romney's views. We disagree on the policy regarding exceptions for rape and incest but still support him."

In many ways, the repeated outbursts of Republicans on abortion only reinforce the decisions of most voters to support one presidential candidate or the other. But for some women in the middle, they have created a serious dilemma. What are they to do if they think Mr. Romney would do a better job on the economy, but fear a Republican administration would roll back abortion rights?

Mr. Romney has tried to allay their fears, saying his agenda included no abortion legislation. Yet, he has promised to end federal funding for Planned Parenthood, which provides abortion services to low-income women, and reinstate a Bush-era policy that prevents U.S. aid from going to organizations that provide abortions abroad.

Appearing on The Tonight Show on Wednesday, Mr. Obama warned that "Roe vs. Wade is probably hanging in the balance" in this election, referring to the 1973 Supreme Court decision upholding abortion rights.

The next president is likely to appoint at least one new judge to the Supreme Court, as most court watchers expect liberal lioness Ruth Bader Ginsburg to step down soon (although she has given no indication of that.) In theory, one more conservative judge on the court is all that would be needed to overturn Roe vs. Wade.

But it is far from certain that Mr. Romney would appoint a strident anti-abortion judge or that one would be confirmed by the Senate. What's more, Chief Justice John Roberts, who voted to uphold Mr. Obama's health-care law, has shown he is sensitive to the court's standing in the court of public opinion.

Only 20 per cent of Americans support a ban on abortions, according to Gallup. The firm also found this month that only 17 per cent of voters will only vote for a candidate who shares their views on abortion, and that includes 9 per cent who oppose abortion.

That does not mean, of course, that the latest dust-up over abortion will not figure into the decisions of some voters. And for some of those coveted waitress moms, it could be the last straw.

There should be no prize for anti-abortion activists who break the law
October 24, 2012 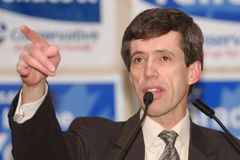 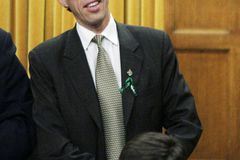