Quebec Liberal leader Jean Charest's support continues to lose ground at the expense of the upstart Coalition Avenir Quebec as the Parti Québécois maintains its lead midway into the Sept.4 election campaign, according to a new poll.

Support for the CAQ and its leader, former PQ minister François Legault was growing gradually as the campaign unfolded, offering close three-way races in several predominantly francophone ridings in the province, the poll suggests.

The Léger Marketing poll for the QMI news agency shows the PQ with 33 per cent of voter intentions ahead of the Liberals at 28 per cent barely leading the CAQ with 27 per cent.

The poll also showed that most voters – 37 per cent – believe the PQ will win the election but the vast majority – 72 per cent – concluded that it will be a minority government.

The survey was conducted between Monday and Thursday among 3,387 eligible voters from a pool of 185,000 internet users created by the polling firm, according to pollster Jean-Marc Léger. A sample of this size is considered accurate within (+or -) 1.7 percentage points 19 times out of 20.

The poll was released less than 48 hours before Sunday's televised leaders debate that will mark a critical juncture in a summer campaign launched on Aug.1 when voters were barely paying attention.

According to the survey, the Liberals are trailing in every region of the province except on the Island of Montreal. But even in Montreal where Liberals relied on its traditional base of anglophone and allophone supporters, Mr. Charest's lead was withering. Support for the Liberals dropped from 81 per cent to 62 per cent in recent polls while the CAQ's support among this group of voters jumped from 9 per cent to 20 per cent.

Disgruntled and staunchly federalist non-francophone voters seeking an alternative to Mr. Charest's Liberals seem tempted to support the CAQ after Mr. Legault, who now rejects Quebec independence said he would vote NO if a referendum on sovereignty was ever held.

"The majority of anglophones and allophones are dissatisfied with the government but don't know where to go," pollster Jean-Marc Léger told the Journal de Québec.

The numbers point to tight races in the suburban ridings on the north and south shore of Montreal. The CAQ appears to be making a run at the PQ lead in ridings north of Montreal while the PQ and Liberals were in a statistical tie on south shore with the CAQ not far behind.

While the PQ appeared to hold a comfortable lead in the outlying regions, including the Eastern Township where Jean Charest's home riding of Sherbrooke is located, the CAQ had a stranglehold on the greater Quebec City region with a 13-point lead ahead of the other two main parties.

Another troubling sign for Mr. Charest was that the vast majority of voters – 68 per cent – want a change in government. The numbers indicate that the CAQ has the potential to capitalize on voters' desire for change. Most of those polled said that the CAQ was best suited to improve health care services, put public finances in order and eliminate corruption. The PQ was seen as the best party to settle last spring's student strike while the Liberals emerged ahead as the one best capable of developing the province's energy and mining potential.

Mr. Legault was also viewed as the party leader with the best campaign so far, according to the poll, despite several missteps in the early stages that created embarrassing situations for Mr. Legault but at the same helped focus media attention on his party. 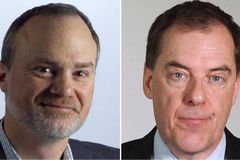 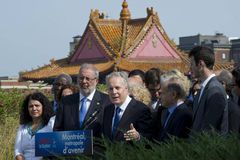 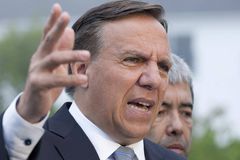 Marois ready to take reins of power as PQ holds onto lead in polls
August 16, 2012 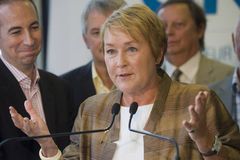 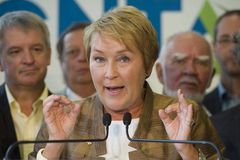 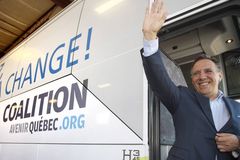