Green Party Leader Elizabeth May is forced once again to fight for a spot in the coming leaders' debates, but she faces an uphill battle with no seat in the House.

The consortium of broadcasters playing host to the event has announced it will only invite the leaders of the four recognized parties in the House of Commons, namely the Conservative Party, the Liberal Party, the Bloc Québécois and the NDP. All parties have expressed their confidence in the consortium, although it has yet to provide them with a formal report on its decision.

Liberal Leader Michael Ignatieff said Tuesday that Ms. May should be included. "I think Elizabeth May belongs in the debate, it's as simple as that," Mr. Ignatieff told reporters during a press conference at Vancouver's Langara College. "But you know, I like to go toe-to-toe with Stephen Harper. That seems to me to be the main event. Of course she's welcome … She was there last time."

Ms. May faced a similar situation during the 2008 election, at which time the NDP and Conservative Party threatened to boycott the event if she was invited. However, Ms. May obtained wide-ranging endorsements for her participation from across the country, including the official support of the Liberal Party, and she forced the consortium to reverse course.

Ms. May faces longer odds this year because she no longer has a Green MP in the House of Commons, which, given historical precedents, was seen as her biggest asset the last time. In addition, Ms. May was seen as helpful to the Liberal Party in 2008 because she endorsed its environmental program, but the Green Party now has fewer clear allies in the opposition because it is seen to be dividing the anti-Conservative vote.

Reacting to her exclusion, Ms. May vowed to fight on, pointing out the Green Party has candidates across the country and the support of around 10 per cent of Canadians.

"I'm in shock at this moment. It hasn't worn off," she said a few hours after the decision came down.

Ms. May is spending much of her campaign in British Columbia, where she hopes to unseat Conservative candidate Gary Lunn in Saanich-Gulf Islands. She said there was no reason to deny her a seat at the debate to present the views of the Green Party, which received 6.8 per cent of the vote in 2008, up from 4.5 per cent in 2006.

"I was in the debate last time, and nothing has changed except that we have more support than we did the last time," Ms. May said, lambasting the consortium's lack of clear and open rules.

"The public has a right to see us undergo questioning in the debate," she said.

However, a spokesman for the broadcast consortium, made up of officials from CBC, CTV, Global, Radio-Canada and TVA, said the invitations will only go out to the recognized parties in the House of Commons.

"The debates are a journalistic exercise and inviting the leaders of the four official parties represented in the House is a unanimous programming decision made by the consortium," spokesman Marco Dubé said.

Officials from the four parties made it clear they will not contest the broadcasters' decision for two debates to be held before the May 2 election.

"We will accept the consortium's decision, and believe that Ms. May is fully capable of arguing her own case," said Conservative Party spokesman Ryan Sparrow.

A spokesman for the Bloc said the party "will abide by the consortium's decision regarding Ms. May's presence during the leaders' debate."

The NDP also said it was up to "the consortium to decide the venue, format and participants." However, spokeswoman Kathleen Monk called for the consortium to have "clear criteria," adding the NDP would agree to Ms. May's participation.

"If certain leaders are not invited to participate, I think it is reasonable for them to know why. While we do not have a vote at the consortium, we think it would benefit the process to have clear criteria so that this matter is dealt with fairly," Ms. Monk said.

Ms. May had the advantage in 2008 of having a Green Party representative in the House of Commons in the form of turncoat MP Blair Wilson, who had been elected as a Liberal.

She also benefited from the help of then-Liberal leader Stéphane Dion, as well as support from the likes of former prime minister and Conservative leader Joe Clark. Mr. Dion had an agreement not to run a candidate against Ms. May in Nova Scotia, where she finished second to Conservative candidate Peter MacKay at the time.

With a report from Jane Taber in Vancouver 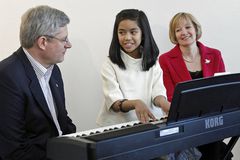 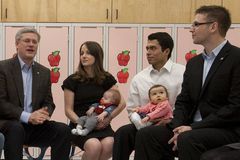 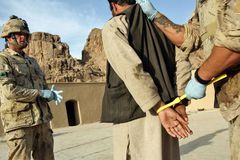 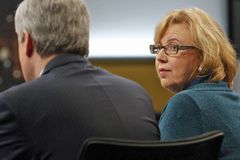 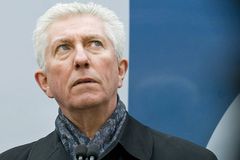 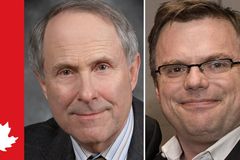