NDP Leader Thomas Mulcair says business leaders in the energy sector would appreciate clearer rules on the environment as he outlined his party's economic plans to Montreal's Board of Trade.

With several public opinion polls showing Mr. Mulcair's NDP with either a narrow lead or close to the lead in terms of national support, the NDP leader is focusing this week and next on promoting the party's economic policies with business audiences.

Mr. Mulcair said Thursday that he will draw on his experience as Quebec's environment minister in the 1990s to pursue policies that do a better job of addressing environmental concerns when it comes to development of Canada's natural resources.

"I encounter more and more business leaders, especially in the energy sector, who say they are concerned by the attitude of the Harper government," said Mr. Mulcair, arguing that weaker environmental rules mean energy firms have a harder time gaining public support for their projects.

"They lament the absence of clear environmental rules and the erosion of an environmental review process," he said, according to an advance copy of his speech.

Mr. Mulcair's comments come as the energy sector is bracing for tougher environmental rules from the recently-elected NDP government in Alberta. While many leaders in the sector have called for clear rules in areas like carbon pricing, they have also warned against higher costs on business at a time when the sector is struggling to manage the fallout from dramatically lower oil prices.

Mr. Mulcair said an NDP government would support a cap-and-trade approach to carbon emissions that is in line with the program already in place in Quebec.

At a time when world leaders are negotiating new targets for reducing greenhouse gas emissions, Mr. Mulcair said he wants to represent Canada in December when decisions are made in Paris.

"Nothing would make me more proud than to be there in December, as Prime Minister of Canada, to participate in the conference on climate change, to declare loud and clear that Canada will work with the world and not against the planet," he said.

Thursday's speech in Montreal will be followed by a similar address Tuesday in Toronto to the Economic Club of Canada. Mr. Mulcair's Montreal speech highlighted his party's promises to reduce small business taxes, support a national daycare program and adopt a federal minimum wage of $15 an hour.

He said these promises would be paid for by raising corporate tax rates so that they "pay their fair share," but neither he nor the party has been specific in terms of how much corporate taxes will raise above the current 15 per cent rate.

"We will do this in a reasonable way in order to remain competitive with the G7 and while remaining well below the tax rate in the United States," he said.

Canada's combined federal and provincial tax rate is 26.3, according to the Organization for Economic Cooperation and Development. The comparable figure for the United States is 39 per cent. Among other G7 nations, the rates are 20 per cent in the United Kingdom, 27.50 in Italy, 30.18 in Germany, 32.11 in Japan and 34.43 in France.

Mr. Mulcair also promised to reverse a Conservative decision that ended the 15 per cent tax credit on investments made to labour-sponsored venture capital corporations. 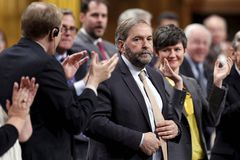 Senators are showing what a less partisan body looks like
June 10, 2015 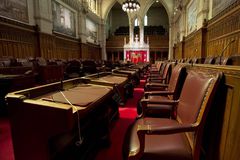 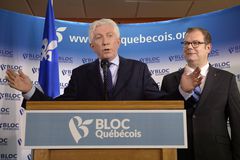