Conservative MP Erin O'Toole has joined the growing number of candidates to replace former prime minister Stephen Harper as party leader, a list that is becoming increasingly heavy with contenders from Ontario.

"I think Ontario will be very important, not just in the leadership race but in the next election," O'Toole, 43, said in an interview Friday.

The former veterans affairs minister, who has represented the Toronto-area riding of Durham, Ont., since 2012, will be the third official leadership candidate from the populous province when he completes his registration with the party next week, following fellow MPs Kellie Leitch and Michael Chong.

Conservative MP Lisa Raitt, a former cabinet minister who represents Milton, Ont., announced by Twitter on Friday morning that she was stepping down from her role as finance critic to continue leadership discussions. Chris Alexander, the former immigration minister defeated in the Ontario riding of Ajax in 2015, has also been saying that he will soon join the race.

Some of it is simply a matter of math, as 33 of the current 96 Conservative MPs are from Ontario.

And of the 38 ministers or ministers of state in the final cabinet led by Harper, 15 were from Ontario.

Conservative strategist Jason Lietaer said he expects the Ontario candidates to be playing up their strengths and connections in every other part of the country.

"I don't think any of them will want to be known, necessarily, as the Toronto candidate," said Lietaer, who worked for former Ontario Progressive Conservative leader Tim Hudak.

"The Toronto candidate who gets it best will be the one who ... goes and fishes where the fish are," said Lietaer.

That could be one reason why O'Toole said he wants to emphasize what he can do to rebuild party fortunes in Atlantic Canada, where the Liberals took all 32 seats in the 2015 election.

"We lost bad in Atlantic Canada and my roots there, my family there, my time serving in the military, that will be a particular area of focus for me," he said.

That does not mean, however, that O'Toole is ignoring his Ontario connections.

He launched his campaign in his home town of Bowmanville, Ont., where he spoke about playing on the local baseball diamond. He was joined by his family, including his father, John O'Toole, who was a Progressive Conservative MPP for the riding of Durham, Ont., from 1995 to 2014.

O'Toole said the decision by the Liberal government to impose a minimum price on carbon for those provinces and territories who do not do it themselves will hurt the economy, particularly in the auto manufacturing sector in southern Ontario.

He also said, however, that the Conservatives need to do more to articulate a bigger, long-term plan for the environment.

"There is a way that we can look at the social good behind reducing emissions, but not use the heavy hand of tax," said O'Toole, who said he is currently developing some specific ideas.

He also said he wants to reach out to so-called millennials with an economic message.

"We have to address the fact that there is a chronic level of underemployment," said O'Toole, who dismissed the youth council set up by Prime Minister Justin Trudeau as "a series of meetings and photo ops."

"That's where Conservatives can leverage our economic strength and allow a whole new group of Canadians to consider us for the first time," he said.

The party is to elect a new leader next May 27. 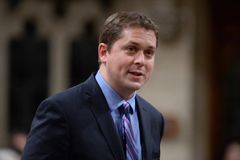 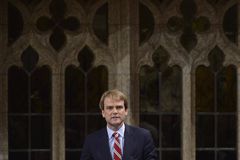