Ethics Commissioner Mary Dawson has finally cleared up the confusion over which Trudeau cabinet ministers have been holding publicly traded shares instead of divesting them through a blind trust or sale.

She now says there were two ministers including Finance Minister Bill Morneau who have held public shares indirectly and therefore were not required to sell them or put them in a blind trust.

The other was Justice Minister Jody Wilson-Raybould.

Opinion: Chrétien was right: The Ethics Commissioner job is a mistake

Ms. Dawson has been caught in a fight between the Liberal government and opposition parties over how many cabinet ministers had held shares indirectly and therefore were not required to divest them.

She initially had been reluctant to divulge precise details and would only say "fewer than five" ministers.

But on Friday, she named names after persistent confusion among politicians.

Ms. Wilson-Raybould's office has said she sold her shares, indirectly held through a private corporation, in April, 2016.

Official notice of the Justice Minister's sale only appeared on the Ethics Commissioner's website on Wednesday, weeks after the Morneau controversy surfaced and two days after Ms. Dawson began talking about how many ministers were holding publicly traded shares.

Public-office holders are in many cases supposed to inform the Ethics Commissioner of material changes to their holdings within 60 days or they can face penalties under the law.

Staff in Ms. Wilson-Raybould's office said they informed the Ethics Commissioner last week and they have been assured she will not face a "notice of violation" because Ms. Dawson's office considers the share sale merely an administrative change to her holdings.

A spokesman for the Justice Minister said she had been advised by the Ethics Commissioner's office not to keep abreast of "financial or management decisions" made by the corporation and therefore only learned about the share sale in October.

"The minister had no role in the company and no knowledge of the sale until the media raised the issue two weeks ago. Once she knew, she moved quickly to get her disclosure up to date. The commissioner's office is satisfied with how she handled things," Wilson-Raybould spokesman David Taylor said.

The Morneau controversy erupted in mid-October after The Globe and Mail first reported that he had not set up a blind trust to handle his personal wealth – one that would put his holdings beyond his reach while in public office. He came under heavy criticism for his continued ownership of shares of Morneau Shepell, a human resources and pension management company whose fortunes can be affected by decisions made by a federal finance minister.

On Oct. 27, Mr. Morneau announced he would sell his shares and put other holdings in a blind trust.

Ms. Dawson has revealed Mr. Morneau continued to keep close control of shares of Morneau Shepell, because he held the shares indirectly through a holding company.

On Friday she said Mr. Morneau is now the only minister in this situation.

"Based on the information available to my office, there is only one cabinet minister, the Finance Minister, who currently indirectly holds controlled assets and does not at present have a blind trust. Another cabinet minister, the Minister of Justice, previously indirectly held controlled assets and did not have a blind trust," Ms. Dawson said in a statement.

Controlled assets in federal ethics law are those whose value could be directly or indirectly affected by decisions made by the government, including publicly traded stocks, stock options and bonds.

Conflict-of-interest law in Canada requires cabinet ministers to divest assets such as publicly traded shares by selling them in an arm's-length transaction or putting them in a blind trust beyond reach until they leave office.

Six cabinet ministers, including the Prime Minister, have set up blind trusts to comply with conflict-of-interest law and another six cabinet ministers have sold publicly traded shares, according to a Globe and Mail review of filings with the federal Ethics Commissioner's office. 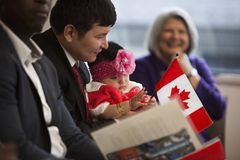 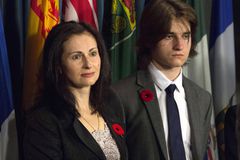 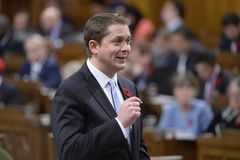