Everybody, we now discover, liked or admired Jim Flaherty. Even those who strongly disagreed with his policies – and many of those policies merited intense criticism – had warm words of praise for the man himself. The longer he remained in public life the more human and self-effacing he seemed to become. Sure, the elbows were always en garde just in case, but good humour became his most effective weapon. If he looked like a leprechaun, he was glad to play the role to the hilt – impish, mischievous, a bit of a devil, sure, but the good kind. As Jeffrey Simpson wrote, "He could actually tell a joke, including on himself, which made him stand out in a government that is utterly without humour."

Both allies and opponents testify to his increasing willingness to work together with others. Several former Quebec finance ministers, non-Conservatives every one, all talked positively of their relations with Mr. Flaherty. Ontario's Finance Minister Charles Sousa, a Liberal, agreed: "One of the things I most admired and respected about Mr. Flaherty was his determination to find, where possible, some common ground."

Conservative MP Kellie Leitch underlined the point: "He reached out across Canada, across party lines, across business and labour to seek consensus and advance fairness." Kevin Sorenson, an Alberta Conservative MP, called him "a champion listener."

And though his policies were often ideologically-driven and damaging, his Conservative colleagues stressed his caring nature. Jason Kenney, for example, noted that despite his toughness, Mr. Flaherty showed his party how to mix compassion and practicality with conservative ideals.

So everyone liked Jim Flaherty, for a whole gamut of good reasons. At his state funeral, the Prime Minister had some fun with this: "It is a fact that Jim, as fiercely partisan as he was, was also genuinely liked and respected by his opponents, liked by his enemies. That's something in this business, something I envy – I can't even get my friends to like me." So Jeffrey Simpson was wrong about the Harper government being "utterly without humour." Statistics Canada reports that this was the fourth joke Stephen Harper had cracked since winning office but because of cutbacks cannot find the first three.

There are some obvious questions that beg to be asked here. Is there a single other member of the Harper government, including the leader himself, whose passing would elicit the response that Mr. Flaherty's did? Is there a single other Harper cabinet minister who would be eulogized by the entire country? How many other government ministers are "genuinely liked and respected" by those beyond the Conservative base?

Is it not curious? If Mr. Flaherty's own Conservative colleagues understood that these were endearing characteristics, why did none of them – not one of them – adopt those characteristics? This is a government passionately committed to not reaching out, to not seeking consensus. This is a government that scorns fairness and honour. In Lawrence Martin's words, Mr. Harper is "known more for his classless smear campaigns against opponents than any degree of soft-heartedness". You have to wonder how and why Jim Flaherty tolerated it for so long.

And wasn't he a bit miffed that, despite his cabinet colleagues unbounded esteem for him, they're going to proceed with the retrograde income-splitting policy that Mr. Flaherty repudiated shortly before he retired?

The truth is that this is a government whose public face, whose brand, is most accurately represented not by Jim Flaherty but by Pierre Poilievre.

The Prime Minister is right about one thing, though. He can't even get his friends to like him. Here's how one of his once-close advisers, Tom Flanagan, now recalls Mr. Harper: "He can be suspicious, secretive and vindictive, prone to sudden eruptions of white-hot rage over meaningless trivia….I feared, as I still do, that he might some day bring himself down Nixon-style by pushing too hard against the network of rules constraining authority in a constitutional government…[Like Richard Nixon, he] believes in playing politics right up to the edge of the rules, which inevitably means some team members will step across ethical or legal lines in their desire to win for the Boss."

Yet like his entire government, Stephen Harper understands perfectly well what made Jim Flaherty admirable as man and politician. It's just that he and his government choose to operate in precisely the opposite way. The Prime Minister has chosen the Poilievre Way. Too bad for Canada. 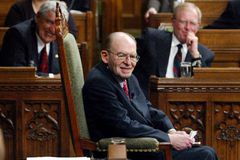 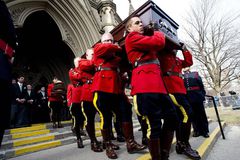