Former foreign affairs minister John Baird is seriously considering a run for the leadership of the Conservative Party in the wake of Stephen Harper's defeat and resignation.

A Baird candidacy would significantly alter the ‎competitive landscape for the helm of a party now in search of a compelling challenger to stand up to prime-minister-designate Justin Trudeau. As things stand, the presumed heir apparent is Jason Kenney, 47, a veteran of the Harper cabinet who is still deciding whether to run.

Mr. Baird, 46, surprised many early this year when he announced he was ending a 20-year political career at both the Ontario and federal levels, citing a desire to "start a new chapter in my life."

When he left, more than six months before the Oct. 19 election, the Ottawa MP was considered Mr. Harper's most trusted political lieutenant. He'd served as a fiercely partisan pit bull for the prime minister in the Commons and a reliable enforcer of his leader's marching orders in departments as diverse as Treasury Board, Environment, Infrastructure and Foreign Affairs.

Those close to Mr. Baird‎ say it is the recent sea change in federal politics – the Conservatives in opposition and Mr. Harper out of the picture – that is prompting him to ponder making a bid for the Tory leadership.

"A month ago he would have dismissed the idea. I think now it is something he is strongly considering," said Chris Froggatt, a friend and former chief of staff to Mr. Baird.

Mr. Baird's political philosophy is not readily distinguishable from Mr. Kenney's; were both men to run, the choice for voters would come down to personality and perceived winnability rather than a change in direction.

Like Mr. Kenney, Mr. Baird could be described as a small-government conservative who is hawkish on security and defence.

Mr. Baird, who served in the Mike Harris and Ernie Eves Ontario governments, was an early supporter of the right-leaning Canadian Alliance party that eventually merged with the Progressive Conservatives to form Mr. Harper's Conservative Party in 2003.

Mr. Baird must now weigh whether to curtail a private-sector career he only embarked upon this spring.

In April, Mr. Baird enlisted as an adviser to Hong Kong billionaire Richard Li, son of one of the wealthiest men in Asia. It was only one of several blue-chip assignments Mr. Baird has taken on. Barrick Gold Corp. hired him to sit on its international advisory board and he was appointed a director of Canadian Pacific Railway Ltd.

"The biggest challenge will be that he just started his new life in the private sector, and the thought of putting all of that on hold to return to public life would not be easy for him," Mr. Froggatt said.

Those considering running to replace Mr. Harper include Lisa Raitt, who most recently served as transport minister under Mr. Harper; Tony Clement, Treasury Board president for the recent defeated Conservative government; Kellie Leitch, labour minister in that government; and Michelle Rempel, minister of state for Western economic diversification, who has publicly debated on Twitter the merits of launching a bid for the job.

The man long considered the torch bearer for the more centrist Progressive Conservative element in the Conservative Party, Peter MacKay, is still a potential candidate despite his much-publicized retirement from politics this year. His views on national security, defence and tough-on-crime justice policies are indistinguishable from Mr. Harper's after defending the prime minister's policy choices for the past decade.

In an apparent bid to distance himself from Mr. Harper, Mr. M‎acKay criticized his own government in comments to the ‎National Post published Friday.

"We were, some would say, thrashing around a bit and trying to come up with policies that perhaps were aimed a little too narrowly, things like niqab and life-means-life sentencing. Some of the direction was not as appealing to a broader swath of people who would be viewed in the more centrist, progressive heart of the population," he said.

The one thing the now leaderless Conservatives seem to agree on right now is that the next leader needs to offer a more positive appeal to Canadians than Mr. Harper.

"I think our obvious weakness has been in tone, in the way we've often communicated our messages," Mr. Kenney told reporters only hours after the Tories conceded defeat Oct 19. "I think we need a conservatism that is sunnier and more optimistic than we have sometimes conveyed."

In the meantime, the Tories are preparing to pick an interim leader and veteran Ontario MP Diane Finley is campaigning for the job. Rob Nicholson, who most recently served as foreign affairs minister, is also considered a potential caretaker leader. 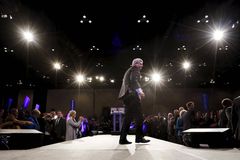 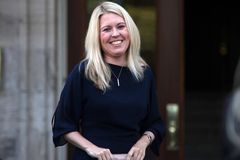 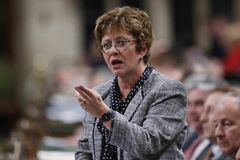