They asked for help and got body bags.

Aboriginal leaders said they were outraged and confused when dozens of body bags were delivered to remote Manitoba reserves after native communities demanded federal resources to fight a second wave of the H1N1 flu outbreak.

Chiefs interpreted the grim shipments as a dire prediction of what Ottawa expects will happen during this flu season to natives, who were hardest hit by swine flu in the spring.

Some communities didn't hold on to them for long. In a symbolic protest Wednesday evening, northern First Nations leaders returned a box of the bags to a Health Canada office in Winnipeg. Tossing more than a dozen of the polyethylene bags on the floor outside the building's lobby, Garden Hill First Nation chief David Harper called the deliveries "an insult."

The federal government was left scrambling late Wednesday to explain the shipments, which also included hand sanitizer, masks and gloves.

The news of the unexpected supplies rippled through remote communities of less than 1,000 people, shocking residents and adding to native leaders' distrust of the federal government's efforts to help them prepare for a resurgence of the virus.

About 30 body bags were delivered in recent days to the nursing station at Wasagamack First Nation, 20 to God's Lake First Nation, and Red Sucker Lake First Nation was expecting a shipment. The communities are in the lake-studded Island Lake region near the Ontario border, about midway between Winnipeg and the Hudson Bay.

"Is Canada giving up on the first nations?" Mr. Harper asked in an interview. "We're very offended. It looks like Canada is giving up on us. Or is this the flu preparedness that Canada talks about?"

In many First Nations cultures, to prepare for death is to invite death, he said.

"We have been waiting for medical supplies and here all we receive is body bags," he said. "The government has to do better."

Health Minister Leona Aglukkaq said she was "disturbed" when she learned about the shipments Wednesday morning.

"I have ordered my deputy minister to conduct a thorough and immediate inquiry into the situation and I will continue to work with first nations, provinces and territories to ensure all Canadians are informed and protected against H1N1," she said at a news briefing.

She declined to comment on who sent the body bags or who may have requested them.

The shipment is another blow to native leaders, who fear they are among the least prepared for another wave of the flu and that the federal government isn't properly responding to their needs.

The mild flu outbreak in the spring erupted into a full-blown crisis on several of Manitoba's remote reserves. At one point, aboriginals comprised two-thirds of Manitoba flu patients on respirators. Health Canada came under fire for hesitating to send hand sanitizer to native towns because of concerns that people would ingest the alcohol-based gel.

The Assembly of Manitoba Chiefs took it upon itself recently to solicit donations for 15,000 flu kits for northern communities. And even though aboriginal affairs is a federal responsibility, the Manitoba government stepped up to cover the rest of the cost.

Ms. Aglukkaq said nursing stations on reserves are being stocked with medical supplies, and the kits are likely not necessary.

Rod Harper, a spokesman for the band council of the Wasagamack First Nation, 600 kilometres north of Winnipeg, said body bags are not the supplies needed at nursing stations.

"It's not the proper thing to do to all our communities. It's very shocking," he said.

He said he had seen a box of 10 bags that had been brought to the band council office and was explicitly labelled.

"What we had asked for stockpiling were Advil, Tylenol, vaccine, not body bags. It's the easy way out for the government… It's not right to do that."

Further north, at the Red Sucker Lake First Nation, the band council heard at a meeting with the staff of the nursing station that body bags would be sent to their community. The council questioned the head nurse after it heard that other native communities had received the bags.

By the end of the day, the outrage had rippled to Winnipeg. "First Nations and all Canadians need to know the whole story behind this bizarre shipment and they deserve a full accounting," Grand Chief Ron Evans of the Assembly of Manitoba Chiefs said in a statement. "The First Nations of northern Manitoba have already been traumatized in the first wave of the H1N1 outbreak; they do not need to be panicked."

The parliamentary health committee has requested the minister share details of the inquiry at or around its next meeting later this month.

With a report from Patrick White in Winnipeg 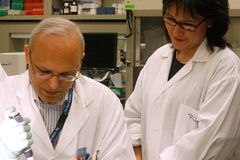 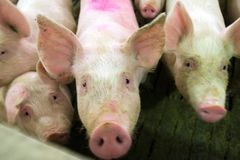 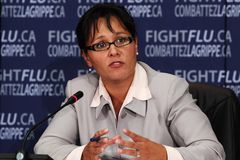 H1N1 shows more resistance to Tamiflu
September 15, 2009
Follow Caroline Alphonso and Tu Thanh Ha on Twitter @calphonso @TuThanhHa
Report an error
Due to technical reasons, we have temporarily removed commenting from our articles. We hope to have this fixed soon. Thank you for your patience. If you are looking to give feedback on our new site, please send it along to feedback@globeandmail.com. If you want to write a letter to the editor, please forward to letters@globeandmail.com.
Comments