The Harper government's plan to buy the oft-maligned F-35 fighter is expected to face another blow with a series of deep spending cuts about to unfold in the United States.

The cuts, known as sequestration, could affect "specific military procurements" in this country, MacKay told a event at the Economic Club of Canada.

"It could slow down the production line of certain aircraft, of certain procurements we have a direct interest in. These are the realities."

It is the first time a federal cabinet minister has acknowledged what the defence industry has been saying for months, that the stealth fighter program faces yet another major restructuring.

The long-delayed and costly F-35 program is considered by U.S. lawmakers a prime target for the budget axe. A production slowdown would be a problem for Canada, since the CF-18s will be at the end of their useful life by 2020.

Canada's purchase of 65 jets has been on hold while a Public Works secretariat overseeing the replacement of the existing CF-18 fighter fleet looks at alternatives and their potential cost.

The agency, created in the aftermath of last year's scathing auditor general report, released a final questionnaire to potential bidders over the weekend, asking aircraft makers for cost information and other data that will help determine whether the Harper government will hold a full-fledged competition.

The U.S. Defence Department there decided to push full-scale production of the radar-evading jet further into the future as a budget-saving measure, and as it has done in the past.

The Pentagon could also cut the number of aircraft it intends to buy, as it did with the similar F-22 Raptor program. Such a move would drive up the price tag of the jet, perhaps beyond the $9-billion affordability threshold established by the Harper government.

In addition to its interest in the F-35, the Canadian air force is scheduled to take delivery of CH-147F Chinook helicopters in June, an aircraft that's largely built and unlikely to be affected by sequestration.

The other program on the books is the long-delayed replacement for the country's ancient Sea King helicopters. But the new CH-148 Cyclones are being developed and purchased directly by the Canadian government, with little involvement from the U.S.

Last Friday, the U.S. Air Force announced it was reducing all flying hours by 18 per cent and such a cut would directly affect operational and training missions.

Whether Canada would be asked to pick up the slack remains to be seen, but it was not something MacKay could rule out.

"Until we get into the detail of the impact that the United States is talking about, I'm loath to say what effect it will have on the Canadian air force, or the Canadian navy, or our overall operations," the minister said.

In addition to their duties to defend the skies under the NORAD agreement, Canada and the U.S. now co-operate extensively in monitoring and patrolling the ocean approaches to North America.

MacKay said he hopes to speak with new U.S. Defence Secretary Chuck Hagel this week to get a better idea of how the cuts will shake out.

Defence cuts in Washington come at an awkward time for the Harper government, which is hoping to ramp back its own military expenditures in the coming budget.

All branches are expected to face deep cuts, with the army leading the way at a 22 per cent reduction, expected to affect readiness and training.

Asked about cuts, particularly how they would affect the government's plans for a beefed-up presence in the Arctic, MacKay launched into a laundry list of the Harper government's northern projects, many of which are either behind schedule or scaled back.

"So, the trend line is going up," he said. "Now, during this soft period in the economy, as you would expect we're readjusting to the fiscal realities."

But he insisted Canada's presence in the north "continues to be augmented." 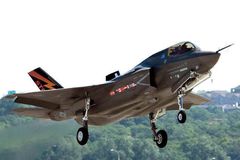 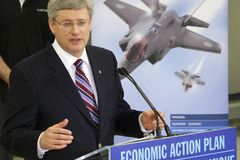 Opinion
Our military should be responsible to Parliament – but nobody's watching
February 8, 2013 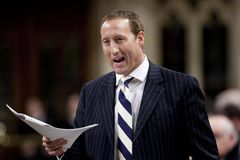 Never mind Congress, Lockheed needs to get its own house in order
Subscriber content
January 25, 2013 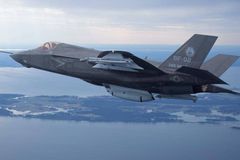