Gabriel Nadeau-Dubois, a history major from the University of Quebec in Montreal, has become the face of student protest during a three-month strike that has gripped the province. The 21-year-old representing a militant student-union coalition called Coalition large de l'Association pour une solidarité syndicale étudiante (better known under the acronym CLASSE) has become Quebec Premier Jean Charest's chief antagonist in his attempt to raise tuition fees. He spoke Monday with The Globe and Mail's Rhéal Séguin.

How were you able to galvanize so many people?

I have a lot of problems answering that question because this is a strike that keeps surprising me with the number of students mobilized by it. No one imagined at the outset – not even within the student movement itself – that the strike would gain so much momentum. The tuition fee hikes have quickly channeled a great deal of dissatisfaction towards the government, about accessibility to a higher education and other social issues.

What's been your strategy to mobilize them?

The key to our success was that it is a democratic movement. The best way to build a strong movement – one capable of mobilizing people – is to get them involved in the process. When people feel they have a say in a movement, they are more willing to get out in the streets and mobilize and support the strike. They feel part of it because they are participating in defining the strategies.

What's next if the tentative agreement is rejected?

The trend seems to indicate that it will be rejected. We will have to evaluate the situation after all the votes are taken. What is clear is that the strike would continue and we would return to the bargaining table to discuss the central issue, which is the tuition fee hikes.

Do you feel betrayed at all in your talks with the government?

I won't impute motives to the government. However, there has been a change in attitude. At the bargaining table the government was open to discussing tuition fee hikes. But after the tentative agreement was signed they have said repeatedly that tuition fees hikes would be maintained.

What impact will this protest movement have on Quebec society?

Those who participated in the movement will continue to participate. People have learned how to defend social justice and equal opportunity for all. They will continue to defend these values in the years to come. It has served to politicize an entire generation and help it recognize the power it has when citizens take to the streets. People gained the awareness that they can change things when they mobilize. Regardless of the outcome of this strike, young people will have contributed to the future of Quebec. The student movement also has the merit of debating ideas that have lain dormant for too long by calling into question the wave of neo-liberal ideas that have dominated the public debate.

Do you think this movement can transcend the boundaries of Quebec?

Quebec's youth may be showing the way of what can be done. Everywhere in the world we see austerity measures implemented and everywhere people are mobilizing against them. Here in Quebec we are showing that we can succeed – and what better proof to show that it is worth putting up a fight in order to change the way things are done?

Students' fee fears shared across the country
May 7, 2012 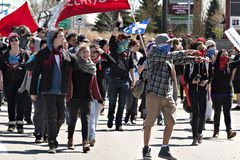 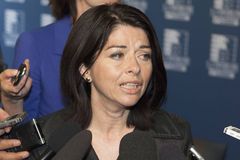 Charest is right to meet students halfway
May 7, 2012 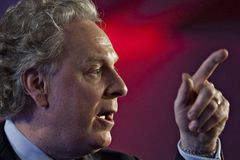 new
Charest rules out spring election after reaching a deal with striking students
May 6, 2012 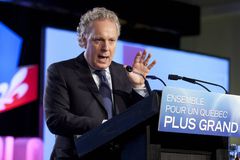 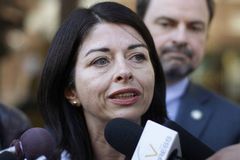