In an interview with The Globe and Mail on Monday, Mr. Fantino defended his plans for the Canadian International Development Agency to increase its engagement with the private sector, part of a deep philosophical shift for an agency that has long preferred to work with multilateral institutions and charities rather than corporations. And he said that CIDA, as one of Canada's foreign policy instruments, should not shy away from championing Canada's interests abroad.

"We are a part of Canadian foreign policy," he said of the development agency. "We have a duty and a responsibility to ensure that Canadian interests are promoted."

Mr. Fantino, who was Ontario's police commissioner before beginning a career in politics, said he is puzzled by the backlash his recent comments at the Economic Club of Canada received from some aid groups, who say they worry that adding foreign policy considerations to the mix could detract from CIDA's core mandate of reducing poverty.

"I find it very strange that people would not expect Canadian investments to also promote Canadian values, Canadian business, the Canadian economy, benefits for Canada," Mr. Fantino said. "This is Canadian money. ... And Canadians are entitled to derive a benefit. And at the very same time ... we're helping elevate these countries out of poverty."

Mr. Fantino added that CIDA should be open to funding projects that involve Canadian corporations as long as the work will help alleviate poverty in the developing world.

CIDA already finances several projects in Africa and Latin America that involve Canadian mining companies – a move some aid experts say does more to promote those companies' reputations than to alleviate poverty – and Mr. Fantino has signalled that the projects could be templates for future development work.

"We're not talking about pillaging and extorting," he said. "We're talking about a co-operative, collaborative effort not only with the governments but also the communities involved to make sure that they are part of the process."

Stephen Brown, who edited a recent book on CIDA and teaches international development at the University of Ottawa, said the mining industry projects amount to an indirect subsidy for the companies, a suggestion both Mr. Fantino and the industry dispute.

"This is money that's being used to obtain and maintain the consent of communities for the mining companies to operate," Dr. Brown said.

"This should be part of [the companies'] bottom-line calculation ... it should not come from CIDA's budget."

Andy Lloyd, a spokesman for Barrick Gold, which is involved in a CIDA project with World Vision in Peru, said his company provides funding but World Vision is responsible for design and implementation. The project is focused on encouraging small business development in a district of northern Peru.

"As a mining company, we have a mandate to create value for the communities where we operate, and that means sharing the benefits of mining and often that means community development," he said. "But we recognize that we're not experts in development, so we look for partners to help us with those goals and partners who share our goals."

Mr. Fantino said working with the private sector is part of CIDA's efforts to become more efficient in a changing world, adding the agency would "pick and choose" strategic opportunities.

"It balances out. It's good for the Canadian economy, it's good for jobs here, it helps us maintain a global advantage and at the very same time working in an ethical way that we will do what we can to promote mutual benefits."

Editor's Note: An earlier version of this story, which has been corrected, had improperly quoted Mr. Fantino.

Opinion
Fantino’s private-sector foreign aid: It can work, if he gets the details right
November 29, 2012

Julian Fantino: With foreign aid, Canada can boost economy – and health, too
November 28, 2012 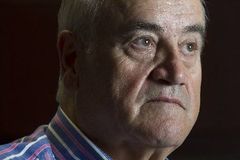 UN calls on Canada and other nations to boost aid for family planning
November 14, 2012 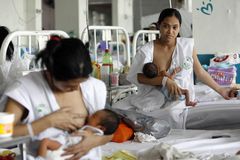