Canada's minister for international co-operation is facing questions about the ability of the country's foreign-aid agency to focus on its mandate as it moves to increase ties with the private sector.

Julian Fantino has drawn attention in recent weeks after he began publicly championing a philosophical shift in the way his government approaches aid. He says the Canadian International Development Agency will work more openly to promote the country's interests abroad, a strategy that includes helping Canadian businesses become more competitive in developing countries.

CIDA already funds several non-governmental organizations in Africa and Latin America to work with Canadian mining companies on development projects, something Mr. Fantino has suggested could be a template for future private-sector engagement.

Appearing before a House of Commons committee Tuesday morning, the minister said his plans to increase partnerships with the private sector will help – not hurt – CIDA's ability to deliver effective foreign aid.

"As we look to the future and strive to maximize our results, we must also look to innovative solutions to development challenges. This includes using any and all legitimate tools and all partners available to us to meet this critical objective," he said. "Working with the extractive sector is just one of the ways CIDA can work with private companies to make a bigger difference in the lives of those most in need."

But Mr. Fantino, who has overseen Canada's foreign-aid portfolio since July, faced criticism from opposition MPs when he appeared unfamiliar with some aspects of CIDA's work. He was unable to provide an immediate estimate of the number of non-mining related projects that CIDA has approved since he became minister. And during a brief exchange with NDP MP Hélène Laverdière, he said he was unaware of the Paris Principles, which underpin CIDA's and other donor countries' commitments to aid effectiveness. (A spokesman for Mr. Fantino later said the minister is aware of the Paris Declaration that contained the principles and accused the NDP of "playing games with terminology.")

Paul Dewar, the NDP's foreign affairs critic, said the minister's comments on Tuesday suggest aid decisions are being made for reasons of ideology rather than effectiveness.

"There was never any evidence from anyone that they should have gone the direction of their program on the extractive industry. These are coming from the ideological centre of this government, which is the Prime Minister's Office," Mr. Dewar said. "They set the agenda, [Mr. Fantino] follows it through. That was clear when he was asked questions [and] he couldn't answer basic questions."

Last month, the House of Commons committee on foreign affairs published a report recommending that CIDA revamp its policy on engagement with the private sector and look to companies in Canada and abroad to foster development. It's a strategy several other donor countries, including the United States, have already embraced, and one that some development experts say Canada should pursue.

But others worry that deep cuts to CIDA's budget leave little room for the agency to juggle new priorities in addition to its core mandate, which is to reduce poverty in the developing world.

CIDA faces $319-million in cuts over the next three years, and a November analysis by the Parliamentary Budget Officer suggests that low-income countries will be hit hardest, representing about 41 per cent of the overall cuts.

"If CIDA decides to pursue new projects and new paths it means they have to allocate resources to that," said Chantal Havard, a spokeswoman for the Canadian Council for International Co-operation. "So it means less resources for other programs and projects that have been working well and have been producing quite interesting results."

Opinion
Fantino’s private-sector foreign aid: It can work, if he gets the details right

Opinion
Keep resource companies out of foreign aid? You’d only be hurting Africans

Julian Fantino: With foreign aid, Canada can boost economy – and health, too 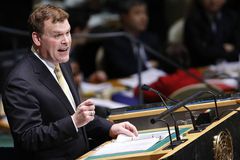