A government bill that is supposed to increase transparency for Canadians would actually do the opposite, the federal information watchdog said Thursday.

In a report presented to Parliament, information commissioner Suzanne Legault said the bill to amend the Access to Information Act would take people's right to know backwards rather than forward.

Legault, an ombudsman for users of the access act, has long advocated strengthening the 34-year-old law that gives people who pay a $5 application fee a right to ask for federal files ranging from expense reports to briefing papers.

The Trudeau government says its proposed access legislation, introduced in June, will raise the bar on openness and transparency following years of inaction by the previous Conservative government.

In her first substantive comments on the legislation, Legault said the measures fail to deliver on Liberal election promises. "If passed, it would result in a regression of existing rights."

The bill "severely limits the right of access" by creating new hurdles for requesters and giving agencies new authorities to refuse to answer requests, Legault said.

She makes 28 recommendations to improve the legislation.

A coalition of leading civil society organizations, including Canadian Journalists for Free Expression and the Halifax-based Centre for Law and Democracy, called Thursday for the government to withdraw the "inadequate" bill and start over.

Conservative and New Democrat MPs have also criticized the legislation for falling short of Liberal promises.

Under the access act, departments and agencies must answer requests within 30 days or provide a good reason why more time is necessary. Many applicants complain about lengthy delays in processing requests as well as blacked-out passages — or entire pages — in records that are eventually released.

In addition, dozens of agencies with federal ties fall outside the act.

The government has not fulfilled its promise to extend the law to the offices of the prime minister, cabinet members, senators, MPs and administrative institutions that support Parliament and the courts, Legault said.

Such a scheme allows government to decide what information Canadians can obtain, rather than letting requesters decide for themselves, Legault said. It also denies the commissioner any oversight of the process.

In addition, the bill backpedals on a promise to give the information commissioner genuine power to make orders about the release of records, the report said. "It does not take advantage of any of the benefits of a true order-making model."

Legault criticized provisions that would allow an agency to refuse to process a request unless the applicant stated the type of record being sought, the subject matter and the time-frame in which the documents were created — criteria she called unreasonable.

For instance, a requester might not know the date a tax audit or immigration file they seek was created — but that missing information could disqualify the request.

The bill also reintroduces the possibility of various processing fees that were scrapped last year.

Determining fee amounts and collecting payments adds complexity to the system and slows things down for requesters, Legault's report said.

"Fees cause undue delays, lead to abuse, increase costs in the administration of the act, and are inconsistent with an open by default government. Fees should be definitively eliminated." 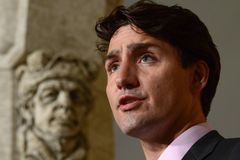 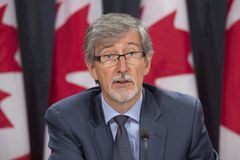 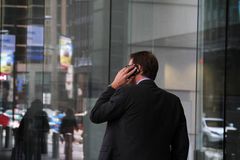