A report on ad spending obtained by The Globe and Mail shows last year's totals came in about $5-million higher than what Treasury Board had previously listed as the approved advertising budget. The Conservative government faces continued criticism this year that it is pushing the boundaries of self-promotion at taxpayer expense, spending $2.5-million to advertise a job grant that does not yet exist and recently launching a weekly video of Prime Minister Stephen Harper's activities.

Although the final ad spending numbers for 2012-13 came in higher than projected, overall ad spending is on a downward trend. The $69-million total is about $10-million less than the year before. It is also nearly half the size of the massive $136.3-million ad buy the Conservatives approved in 2009-10, primarily to promote stimulus spending during the recession.

The Conservative government has spent more than $100-million on Economic Action Plan ads since 2009, in spite of opposition complaints that the ads amount to political propaganda at taxpayers' expense. The government now uses the phrase more broadly to describe its economic programs, and more action plan ads are booked for this year.

The final spending numbers for 2012-13 are contained in an annual report on government advertising that has not been officially released. The Globe obtained a copy of the report and confirmed its authenticity.

A spokesperson for Treasury Board President Tony Clement said final numbers can come in higher because estimates do not capture all types of ad spending, such as Canadian Forces recruitment. As for the continued promotion of the Economic Action Plan, Stephanie Rea said that while the "first phase" of the plan ended in 2011, the more recent ads promote the "next" phase, which was launched in the 2011 budget.

Liberal MP David McGuinty said the ads – combined with the Prime Minister's new weekly video called "24 seven" – shows Mr. Harper is essentially "cheating" by using tax dollars to boost his own personal brand and that of the Conservative Party.

"He is using public money to enhance his chances for re-election and he's doing it in a very, very blatant, obvious way," Mr. McGuinty said, arguing Ottawa could save money by limiting the ad budget to such issues as promoting flu vaccination.

Mr. McGuinty has introduced a private member's bill that would ban ads like the Economic Action Plan campaign that include colours and imagery similar to a political party. The bill would follow Ontario's lead by requiring all advertising to be approved by the Auditor General. Mr. McGuinty said online videos like "24 seven" would also be banned by his bill.

"He's taking public dollars and he's using public infrastructure – IT services, computers, cameras, office space – and he's running a political action campaign ad every Thursday night involving Mr. Harper and this is all about trying to shore up his support," he said. "When he takes Canadian taxpayers' money to do this kind of thing, he's cheating."

The $14.8-million Economic Action Plan campaign – approved by Finance Canada – was Ottawa's most expensive campaign of the 2012-13 fiscal year. The campaign is arguably close to twice that size. The Canada Revenue Agency spent $7-million on a "tax savings" campaign and Human Resources and Skills Development spent $6.1-million on a campaign called "Better Jobs" – two categories that have been described as falling under the "Economic Action Plan umbrella" in previous reports.

The second-most expensive campaign was an $8.2-million promotion for "Responsible Resource Development" by Natural Resources Canada.

To date, Treasury Board has said approved ad spending for the 2013-14 fiscal year is $65-million.

The planned spending for 2013-14 includes $11.5-million for Economic Action Plan ads, $11-million for a "Better Jobs" campaign and a controversial $8-million campaign criticizing Canada's wireless sector. The 2013-14 "Better Jobs" campaign includes $2.5-million on ads promoting the Canada Job Grant, a program announced in the 2013 budget that does not yet exist. The government pulled the campaign amid an investigation by Advertising Standards Canada, which ultimately concluded the ads were misleading.

New ads to ‘fight back’ against union influence
January 24, 2014 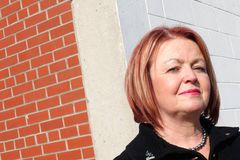 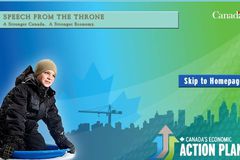 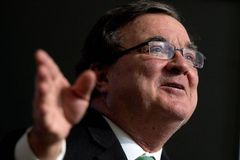