The federal government says it is open to granting charitable status to media companies, which would allow them to receive tax-deductible donations to support investigative and public-interest journalism.

The measure would allow news organizations to find new funding sources and help them cope with dwindling advertising revenue. It would have a cost for the federal treasury in terms of lost revenue, but it would not entail direct funding to large news organizations that cherish their independence from government.

Still, the plan is at least one year away from coming into effect, as the 2018 budget only commits the federal government to "exploring" new business models in consultation with the media industry.

The goal would be to enable "private giving and philanthropic support for trusted, professional, non-profit journalism and local news." The strategy was a key recommendation of Shattered Mirror, a report released a year ago by the Public Policy Forum that sought solutions to the crisis in the media industry.

"This could include new ways for Canadian newspapers to innovate and be recognized to receive charitable status for not-for-profit provision of journalism, reflecting the public interest that they serve," the budget says.

Brian Myles, the editor of Montreal-based Le Devoir, said getting charitable status would provide an immediate boost to his independent newspaper. His organization raised $600,000 – about 5 per cent of revenue – from 2,000 donors last year through a non-profit group called Friends of Le Devoir.

"If we are able to receive the fiscal incentive [that comes with charitable status], I'm sure that I could go to a business model where 10 per cent of revenues come from donations," Mr. Myles said.

The federal proposal is actually part of a two-pronged strategy to help the beleaguered media industry. In addition to offering charitable status, the government is offering immediate support to smaller, local news outlets in "underserved" communities; starting in 2018-19, Ottawa will provide $10-million a year to be distributed among local media through non-governmental organizations.

"The organizations will have full responsibility to administer the funds, respecting the independence of the press," the budget said.

The federal government points to the disappearance of local newspapers across the country as more and more Canadians get their news online, including through social media. The funding is intended to provide Canadians with "trusted, local perspectives," while helping media that ensure accountability in local communities.

While meeting some demands of the industry, the government is not committing to changing the Income Tax Act to favour advertising on Canadian internet platforms or finding new revenue from large foreign-based companies. The Public Policy Forum, as well as other lobby groups such as Friends of Canadian Broadcasting, had called for fiscal measures that would take aim at companies such as Google and Facebook that have eaten into the advertising revenue of Canadian-based news organizations in recent years.

In addition, the media industry has been lobbying the government for tax credits to help with the transition to digital models, but there is nothing in the federal budget to address that request.

On the broadcasting side, the budget offers new details on Ottawa's plan to compensate the declining private-sector revenue in the Canadian Media Fund (CMF), which finances the production of Canadian television and audiovisual content. The CMF, which receives a portion of its funding from the broadcasting sector, has been shrinking as more and more Canadians cut back on their cable and satellite bills.

Fulfilling a promise made by Heritage Minister Mélanie Joly last fall, Ottawa will provide an estimated $172-million over five years in additional funding to keep the CMF at its 2016-17 level of $350-million a year. To cover declining contributions from the private sector, Ottawa predicts it will have to pump an additional $42-million a year into the CMF by 2020-21. 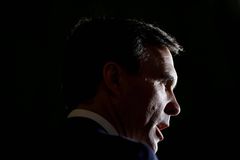 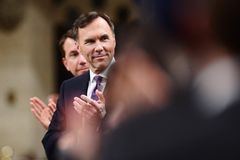