Six things to watch in the federal budget

The federal Liberals will deliver the third budget of their mandate on Tuesday against a backdrop that has shifted dramatically in a matter of months.

On one hand, the Canadian economy beat expectations with stellar growth rates, and employers went on a hiring binge, particularly for full-time workers.

On the other hand, Canada's competitive position took a substantial hit.

For starters, the United States has slashed its corporate tax rate – and in the process, wiped out Canada's relative advantage. The U.S. has likewise imposed duties on Canadian lumber and could do the same with steel and aluminum imports. Moreover, the renegotiation of the North American free-trade agreement is grinding along with no end in sight.

Still, "governments need to consider the stage of the business cycle," Toronto Dominion-Bank economists said in a recent report. "Injecting significant fiscal stimulus in Canada at this point could lead to higher interest rates and raise pressure on highly indebted households."

With that in mind, here are six things to watch on Tuesday. 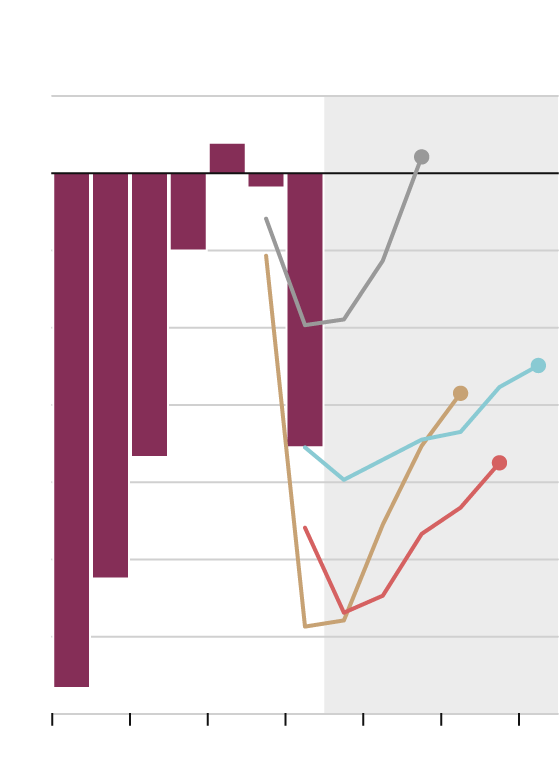 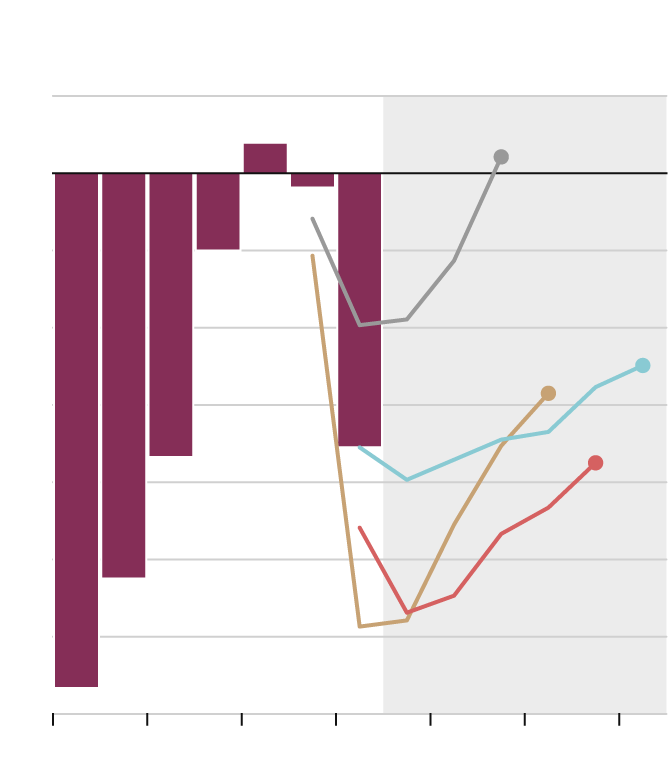 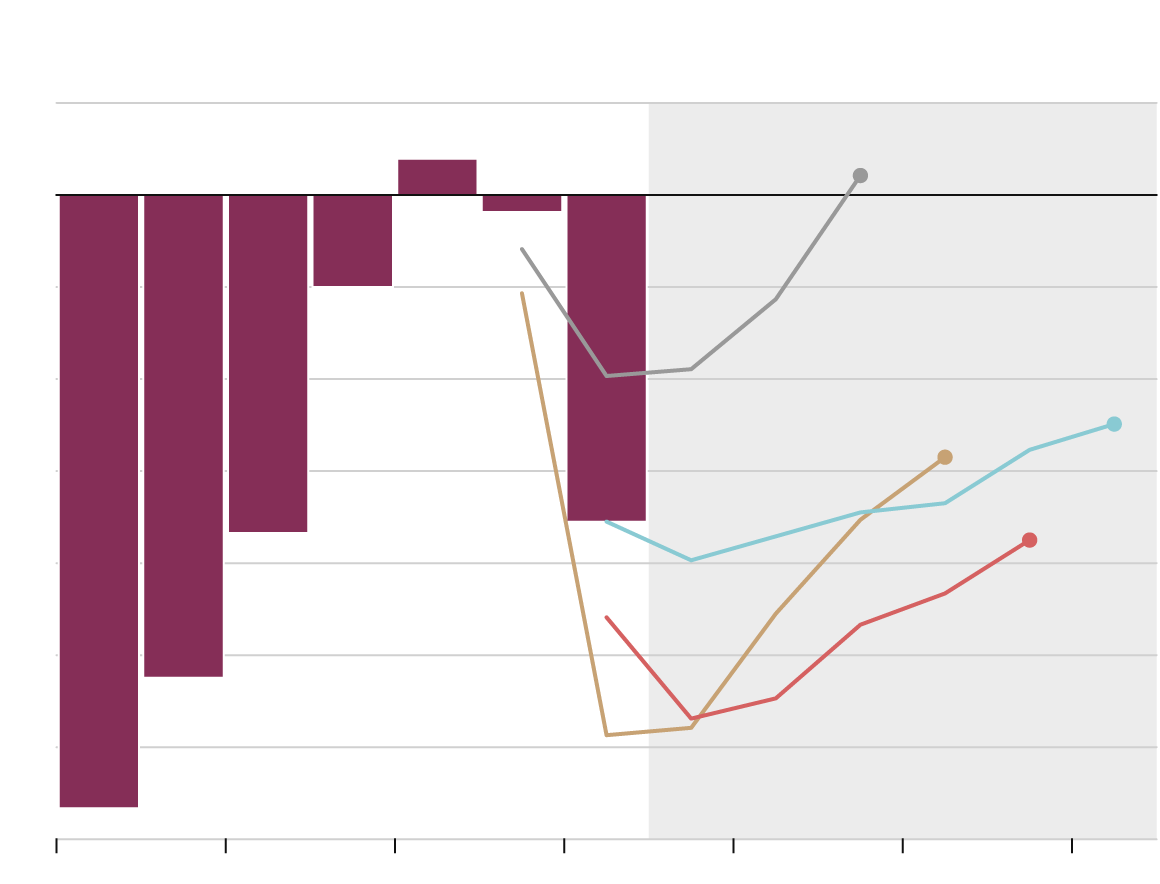 In 2015, the Liberals campaigned on a multi-year spending program aimed at jump-starting a sluggish economy, promising a balanced budget by 2019. Those rosy projections were quickly abandoned in favour of deeper spending. Meanwhile, in an attempt to move away from the usual surplus-or-deficit debate, Mr. Morneau has focused on reducing the federal debt-to-GDP ratio instead, which hovers at roughly 31.2 per cent, according to RBC Economics.

However, with Canada posting some of the strongest GDP growth rates in years, some economists, including former parliamentary budget officer Kevin Page, would like to see a concrete deficit-reduction plan. The fall fiscal update acknowledged the economy's stronger position, and projected the deficit would be $12.5-billion by 2022, the closest to a balanced budget since the Liberals took over. Expect the looming federal election in 2019 to be on Mr. Morneau's mind on Tuesday when he announces the government's latest deficit projections.

Ottawa is set to make gender equality a major theme of this year's budget. The document is expected to include funding for pay-equity legislation for employees in the federal government and federally regulated sectors, a source told The Globe, along with measures to encourage women's participation in the labour force.

More than 82 per cent of Canadian women between the ages of 25 and 54 were either working or looking for employment in January – a much higher participation rate than in decades past, but nearly nine percentage points lower than the respective men's rate. Closing the gap could boost gross domestic product by 4 per cent, Royal Bank of Canada economist Laura Cooper said in a report last year.

Expanded measures on parental leave could be on the way. At a forum in India, Prime Minister Justin Trudeau said his government was looking at "leave that can only be taken by the second parent, in most cases the father." A similar model is used in Quebec, allowing fathers to take up to five weeks of funded leave that covers up to 70 per cent of their income. Since the policy was implemented in 2006, the proportion of new fathers in Quebec who take paid leave has risen substantially.

Spending on R&D as a percentage of GDP, 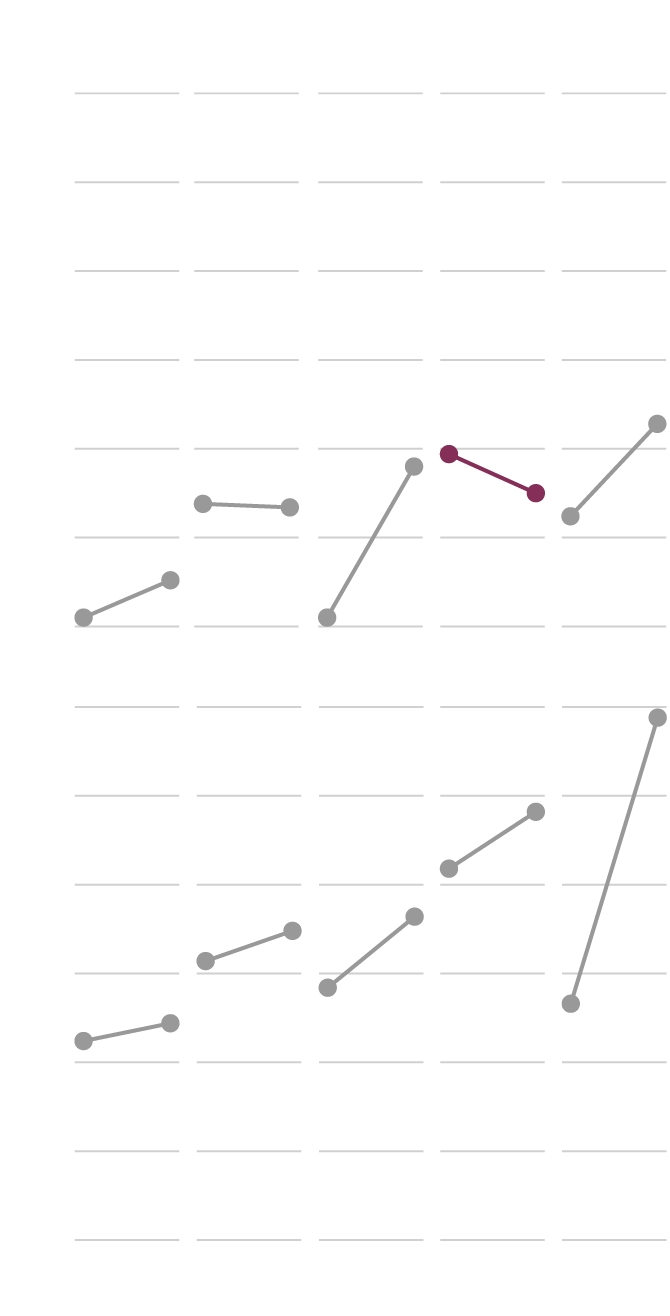 Spending on R&D as a percentage of GDP, 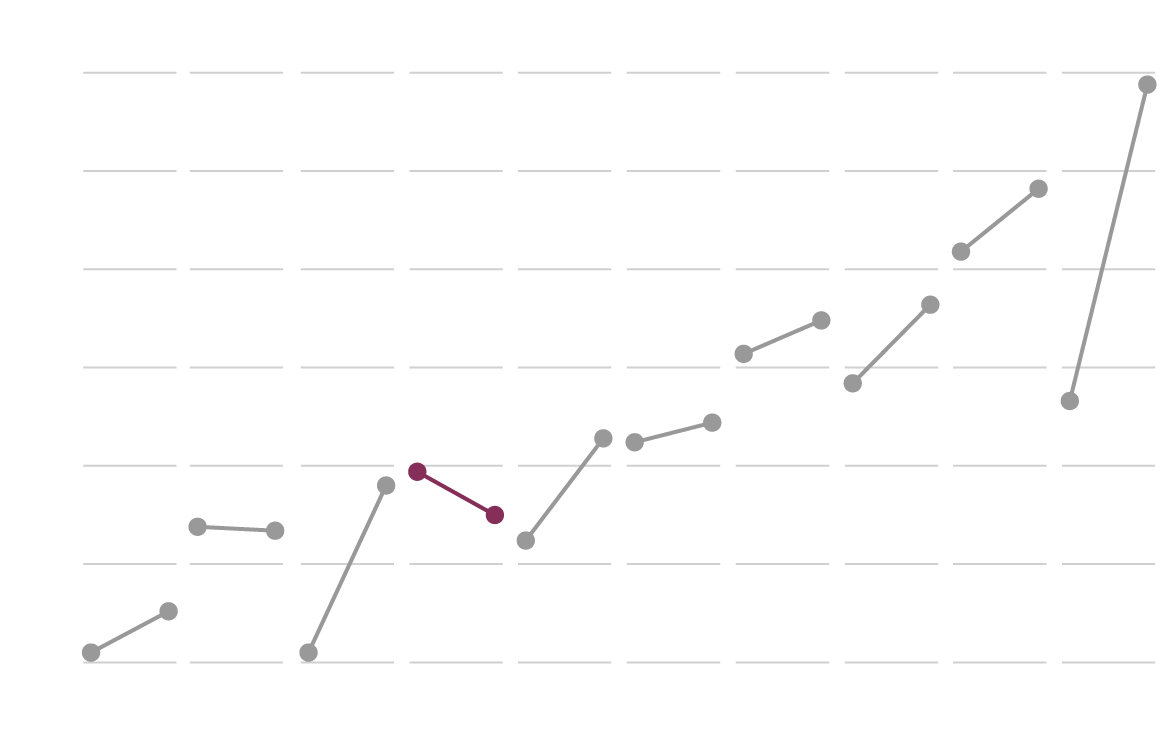 Here's all you need to know: The word "innovation" appeared 364 times in last year's budget. To stamp out any further doubt, the federal government made it clear last week to expect more funding for science and innovation beyond the initiatives the government already has in place. Budget 2017 acknowledged Canada's gap in skills training and announced the creation of the "superclusters" initiative, innovation hubs designed to boost Canada's GDP and create tens of thousands of jobs. The final five superclusters were announced earlier this month.

So, what's next? The final report for Canada's Fundamental Science Review, published last year, noted that Canadian spending on research and development was not only falling behind that of other countries (including China, Australia, France, the U.S., Japan, South Korea, and Germany), it was also decreasing compared to a decade ago. Expect the Liberals to make further investments in an attempt to reverse the trend.

Following the uproar, the proposal was revised to apply only to passive income above $50,000. The revised plan could eventually bring in up to $6-billion a year in revenue, and affects an estimated 2.5 per cent of incorporated small businesses, according to a Parliamentary Budget Officer report. Still, the government has not released draft legislation of its passive income rules, so the budget will be keenly watched.

The budget will include short-term financial help for embattled media outlets, and Ottawa will explore the possibility of giving non-profit status to news organizations, federal sources have told The Globe. Separately, Heritage Minister Mélanie Joly has said the Canadian Periodical Fund, which provides $75-million in annual assistance to magazines and non-daily newspapers, is under review. News Media Canada, an association that represents more than 800 news outlets across the country, has proposed overhauling the fund and providing the industry with $350-million in annual assistance.

What the economists say

The Globe asked some economists what they'd like to see addressed in the budget and why. Here's what they said:

The Finance Minister has made it clear that Ottawa isn't going to rush out with a response to U.S. corporate tax cuts, but I'd like to see the budget set in motion a review of Canada's tax and regulatory competitiveness, for action in the next budget. This isn't the stage of the business cycle where we are looking for a major new dose of fiscal stimulus, so we should make progress on weaning deficits down gradually, and find any money for new initiatives by paring back on less successful programs.

Douglas Porter, chief economist at the Bank of Montreal:

Canadian fiscal policy makers find themselves in an awkward situation. On the one side, the arguments in favour of fiscal stimulus have all fallen by the wayside – growth and jobs rebounded forcefully last year, the unemployment rate has tumbled to nearly a four-decade low, and interest rates are no longer at rock-bottom levels. Normally, this backdrop would suggest that this budget should mildly restrain spending, cut the deficit and marshal resources for the next bout of heavy weather for the economy down the line, as well as to prepare for long-term demographic challenges. However, the sweeping tax changes in the U.S., as well as the overhang of uncertainty surrounding NAFTA, are a clear and present risk to the medium-term business investment outlook, and thus to the long-term economic outlook. At the very least, this budget should set the tone of recognizing these challenges, and look for ways and measures to offset or mitigate these risks to the capital spending climate. In a nutshell, Canada's competitive standing is under serious strain – from a variety of angles – and addressing that pressure should be priority number one in this budget.

The government shouldn't take for granted that Canada can easily weather greater competitive challenges posed by U.S. tax cuts, ongoing NAFTA uncertainties and the general thickening of the border. Combined, these can delay or deter new investment, both domestically and from foreign firms looking to invest in Canada. The first order of the day should be to do no harm. Avoid actions that worsen Canadian competitiveness, particularly in terms of attracting new investment and talent. For example, raising taxes on stock options would hurt the competitiveness of innovative start-ups by making it harder to attract skilled talent. Do-no-harm also applies to fiscal finances. Avoid taking the U.S. lead in running large deficits. The go-forward tactic should be a two-pronged tax response that's as revenue neutral as is possible. For instance, parallel the U.S. move to allow temporary, full expensing of capital equipment with offsets in the elimination of inefficient boutique tax credits and tax expenditures that provide little economic bang for the buck. The second step to consider is bolder reforms to the tax system, ideally reducing the reliance on taxes that are most economically harmful (i.e., income taxes) and increasing levies that are less damaging (i.e., sales taxes). This is often a harder political pill to swallow, but can pay dividends. A final competitiveness consideration is to incent private sector training. Current support programs are tilted towards training/upskilling within small businesses and the manufacturing sector. Assistance needs to be broadly disseminated across industries and firm sizes. The post-digital economy knows no boundaries.