The federal government doesn't believe it can do much on its own to stem the growing tide of fake news in Canada, according to briefing notes prepared for Canadian Heritage Minister Melanie Joly.

The documents, obtained by The Canadian Press through an access-to-information request, highlight that even though the government recognizes that fake news could threaten Canada's democratic institutions at a time when traditional news outlets are facing cutbacks and financial challenges, there's not much they can do to stop it.

The government's inability to decide for Canadians what should and shouldn't be considered fake news is one reason it can't take direct action, according to the briefing notes, prepared in November by deputy Heritage minister Graham Flack.

Even if the government did attempt to publicly identify fake news stories, Flack said it could backfire, making readers more convinced the stories are true and increasing the likelihood they'd share the stories.

Overall, the briefing notes concluded that the role of combatting misinformation should not rest on the government's shoulders alone and that "there is not likely one single, easy solution".

John Hinds, the CEO of News Media Canada, said that there is a clear solution to the fake news problem.

"The antidote to fake news is real news," said Hinds.

"It's not about reinventing the wheel, it's about supporting the existing infrastructure that can provide Canadians with credible news."

That support may already be on its way. In January, Joly signalled at a meeting with members of a Quebec culture and communications union that the struggling news media industry is set to receive financial help from Ottawa in next week's federal budget.

However, the documents released to The Canadian Press separated the issue of a struggling news media industry as "distinct" from the issues surrounding the rise of fake news.

Instead, the documents point to partnerships between social media networks and media literacy organizations as part of the solution to the misinformation problem, rather than government intervention.

One such initiative – a partnership between social media giant Facebook, which has been widely criticized for not combatting deliberate misinformation campaigns, and Canadian not-for-profit media literacy group MediaSmarts – is meant to combat fake news that could influence the next federal election.

MediaSmarts education director Matthew Johnson said that, with funding from Facebook, they are creating a guide for MPs, candidates and parties on identifying online misinformation as well as public service announcement videos and short games for Canadian social media users.

"In the last few years, misinformation in news and misinformation online have become an issue that people are more conscious of," said Johnson. "It's a drum that's been beating for quite some time now."

In an e-mailed statement, Joly's office asserted its commitment to working with social media companies and other online platforms to combat fake news but would not comment on the funding for the newspaper industry expected in Tuesday's budget.

"This is a conversation that we need to have with Canadians, including with companies which provide platforms for this information to be disseminated." 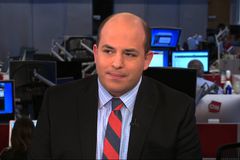 Pope condemns fake news and its use for political gain
January 24, 2018
Facebook to rank news sources on trustworthiness, will emphasize local outlets: Zuckerberg
January 19, 2018
Report an error
Due to technical reasons, we have temporarily removed commenting from our articles. We hope to have this fixed soon. Thank you for your patience. If you are looking to give feedback on our new site, please send it along to feedback@globeandmail.com. If you want to write a letter to the editor, please forward to letters@globeandmail.com.
Comments are closed