The federal government is preparing to exonerate a legendary First Nations chief who was convicted of treason in 1885 after being wrongly accused of provoking a bloody battle with soldiers of the young country of Canada.

Poundmaker is not as famous as Métis leader Louis Riel, who was his contemporary. Unlike Riel, he was not hanged for his alleged crimes. But restoring his honour has been a long-standing crusade for some members of the Saskatchewan First Nation that bears his name.

Now, the Liberal government in Ottawa says it is ready to correct the history books and remove the criminal charge that has darkened Poundmaker's legacy.

"The government of Canada is now in a position to move forward with Poundmaker Cree Nation to develop a joint statement of exoneration for Chief Poundmaker," the office of Carolyn Bennett, the Minister for Crown-Indigenous Relations, said in an e-mail on Tuesday.

Chief Poundmaker the peacemaker: Inside the quest to pardon a lesser-known figure of Canadian history

The plan to honour the chief who, until he fell afoul of Canada, had been trusted as a guide by British royalty and negotiated peace between the Cree and the Blackfoot, comes as the First Nation considers legal action against a California company that is using Poundmaker as a character in its forthcoming Civilization VI video game. The First Nation says the company has appropriated his name without consent to capitalize on the devastation that colonization brought to Indigenous people.

There is no timeline yet for the exoneration. But the minister's office said that advancing reconciliation with First Nations is a priority and the government has heard on many occasions that, before it can move forward, it must acknowledge and address the past.

"This process should commence shortly," the e-mail said, "and we look forward to working with Chief [Duane] Antoine and Poundmaker Cree Nation towards this goal."

"He was a peacemaker, he was a leader trying to provide for his people, he welcomed immigrants to the Prairies," Mr. Favel said in a telephone interview on Tuesday. "All the things that Canada thinks it values and holds near and dear, this guy was manifesting them from our own Cree culture more than 100 years ago. So, as a human being, I think that's important."

The Poundmaker Cree Nation, about 50 kilometres west of Battleford and close to the community of Cut Knife, is where the battle of Cut Knife Hill took place on May 2, 1885.

It started after about 300 Canadian troops, led by Lieutenant-Colonel William Otter, arrived at the reserve seeking revenge for what was said to have been the looting of Battleford by those who had followed Poundmaker there in the hope of persuading the Indian Agent to make good on treaty promises.

He had lost control of his hungry men and they looted the town, according to the Pardon Poundmaker campaign. But Parks Canada now says Canadian soldiers were responsible for the looting.

In the battle, eight of Otter's men were killed and 16 wounded, with about the same number of casualties on the other side. When the Canadians retreated, Poundmaker told his men not to follow, a decision that may have saved hundreds of lives.

Even so, he was arrested after turning himself in on May 26, 1885, and sentenced to spend three years in Manitoba's Stony Mountain Penitentiary. He was released after a year in prison because he had tuberculosis, and died four months later.

A national historic site commemorating the battle of Cut Knife Hill stands at the Poundmaker reserve, which is financially supported by the First Nation. As part of the exoneration, Mr. Favel said the federal government should assume those costs.

"And we still have issues relating to reparations that they took from us such as the horses, the guns, the failure to make treaty payments through that whole time. We'd like to put this into one formal package with a bit of an apology, which would be great," Mr. Favel said.

Chief Poundmaker the peacemaker: Inside the quest to pardon a lesser-known figure of Canadian history
December 8, 2017 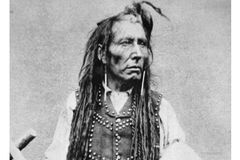 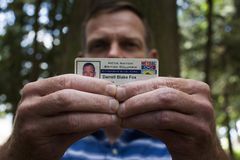 Opinion
A memo to Canada: Indigenous people are not your incompetent children
January 5, 2018 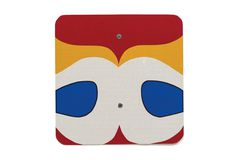