The number of federal inspections under the temporary foreign worker program is up dramatically this year and two businesses have been added to a public blacklist.

In response to complaints of poor working and living conditions, federal officials investigated Obeid Farms in Vanessa, Ont., where they concluded that 20 temporary foreign workers were consistently working seven days a week.

Officials also took issue with how the travel costs of workers were handled by AYR Motor Express, a New Brunswick-based trucking company.

Employment Minister MaryAnn Mihychuk personally signed off on the decision to publicly ban the two companies from the program temporarily.

The minister's move comes as the Liberal government is weighing options for a further update to the temporary foreign worker program that will be announced later this year. In spite of sluggish economic growth, Canadian firms from coast to coast and across many sectors and skill levels continue to report labour shortages and insist that there is a genuine need for the controversial program.

Regarding Obeid Farms, a note to the Employment Minister submitted in Federal Court said this is the first time a public ban has been invoked in relation to the seasonal agricultural worker section of the temporary foreign worker program.

"Such determination would therefore have broader implications for this sector. It is likely that a determination of non-compliance will garner significant public and stakeholder attention," deputy Employment Minister Louise Levonian wrote in a June 17 memo.

The threat of being named and shamed is a major source of anxiety for employers who hire temporary foreign workers. Many firms have hired lawyers in order to manage what are viewed by some as excessive requests for documentation.

Data obtained by The Globe and Mail reveal that in 2014, when the federal government launched a new inspection regime, no inspections were conducted under the new rules. That figure rose to 586 the following year.

However, officials have already conducted 1,537 inspections as of Aug. 15 of this year.

The spike in inspections is a result of sweeping reforms announced in 2014 by the then-Conservative government in response to high-profile cases of abuse in the program, including companies hiring foreign workers when Canadians were available. The 2014 reforms split the program in two, maintaining a smaller temporary foreign worker program while carving out areas like intra-company transfers and student exchanges into a new international mobility program.

The reforms raised the fees for obtaining a permit, called a labour market impact assessment, from $250 to $1,000. The added revenue was meant to cover the cost of increased inspections, with a goal of "thousands" of inspections a year.

Liberal Immigration Minister John McCallum recently told The Globe that those 2014 changes went too far and that the new government will be announcing further updates to the program later this year.

Under the current inspection system, the government runs two separate public blacklists and recently added a new business to each one. Both employers dispute the findings. Until recently, one list had no employers on it and another had four listings dating back to 2014, when a handful of companies were added amid heightened public scrutiny of the program.

A fifth employer, AYR Motor Express, a trucking company based in Woodstock, N.B., that lists clients including Purolator, Sobeys Foods, Loblaw, Molson Breweries and UPS, was added on July 21. That list is titled, "Employers who have broken the rules from the Temporary Foreign Worker Program."

The only rationale offered by the government is that the employer provided false, misleading or inaccurate information.

James Crocco, a lawyer representing the trucking company, said the owners are shocked by the government's conclusions. "We're reeling and quite astounded by the decision of the minister," he said in an interview.

Mr. Crocco said the dispute involves what he described as "minor matters" such as whether the company can deduct fees like speeding tickets from the pay of drivers and when and how it pays for the travel costs of foreign workers. The company has had a long-running court battle with Ottawa over these issues and is considering further legal options. The government argues that the rules are clear and that travel costs must be covered up-front by the employer.

"Fundamentally, we don't feel we have been treated reasonably by the department," Mr. Crocco said.

Joe Keenan, the president of the trucking company, has written a letter to Prime Minister Justin Trudeau noting that there is an industry-wide shortage of truck drivers that requires companies to turn to the foreign worker program.

"To keep the Canadian economy moving, we need drivers to keep transports moving," Mr. Keenan wrote. "If 40 drivers wanting jobs walked through AYR Motor's doors today, I would hire them all."

The other recently listed company, Obeid Farms, appears on another federal blacklist run by Citizenship and Immigration Canada titled, "Employers who have been non-compliant." The website says the employer faces a two-year ban, but no reason is provided.

Federal officials declined to comment on the two specific cases.

A spokesperson for Employment and Social Development Canada said in a statement that the department takes the integrity of the temporary foreign worker program very seriously and does not tolerate any abuse or misuse.

The government's allegations against the two businesses were obtained by The Globe via Federal Court records.

The farm has filed an application for leave and judicial review with the Federal Court. "We believe the decision was unreasonable based on both the law and what information Obeid Farms provided during its inspection," said Steven Meurrens, a lawyer representing the farm owners.

Immigration lawyer Betsy Kane, who helps employers facing inspections, said the process can be excessive and she questions whether the current system represents good value for taxpayers.

"The program is working. It's just that the employer is usually subjected to at least two to three requests for information and reconciliation and it's quite costly for the employer to dig up these records, particularly if there's multiple foreign workers," she said.

"The government thought this was not going to be a big imposition of resources on the employers, but in fact it's a significant amount of resources."

Ms. Kane said that in one case, she represented a non-governmental organization that was facing questions from officials as to whether a professional foreign worker had agreed to have $1 per pay deducted toward an office birthday party fund. In another case, the employer needed to track down taxi chits used by foreign workers.

One common complaint is that these reviews can hold up requests for workers for months with no guarantee of when the audit process will end.

"Basically, an employer can be hijacked by this process in terms of their [human resources] and temporary foreign worker planning," Ms. Kane said. 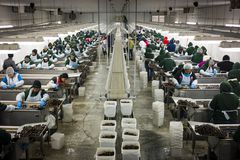 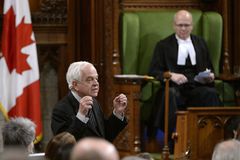 Cap on temporary foreign workers firms can hire frozen at 20 per cent
June 23, 2016 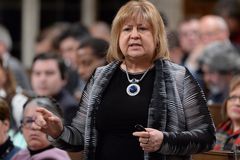 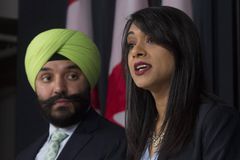