Border guards, food inspectors and policy specialists across the federal government are among the thousands of public servants receiving notices this week that their jobs are in jeopardy.

More staff received notices on Wednesday than any other day since the release of the cost-cutting March, 2012, federal budget: more than 7,000 workers in at least 24 departments.

The notices of "affected" status are the first step in the federal process for eliminating jobs, but not all affected workers will be laid off. The federal budget said 19,200 positions will be eliminated over the next three years, but unions say the actual number would be much higher if it included the large number of contract workers who are being let go.

One of the biggest surprises of the day was the large number of workers – more than 1,100 – receiving notices at the Canada Border Services Agency, an area that was not expected to sustain deep cuts in light of the Conservative government's continuing efforts to reduce waiting times at the border and assuage U.S. concerns about security.

The president of the Customs and Immigration Union, Jean-Pierre Fortin, said in a statement that he will provide details on Thursday morning about the impact of cuts.

"These cuts fully contradict the government's supposed commitment to improved border security and completely undermine the announced emphasis on intelligence-led border security in the Canada-U.S. Beyond the Border Agreement," he said.

Several unions released breakdowns of the number of their members affected, but expressed frustration that government officials will not say exactly how many people will actually lose their jobs or which services will be cut.

Numerous departments and ministers' offices contacted on Wednesday declined to provide details on the impact of their staffing-reduction plans.

"It is inappropriate to inform media of decisions before bargaining agents and affected employees are notified," Treasury Board spokesman Pierre-Alain Bujold wrote in an e-mail that was typical of the responses from departments.

A spokesperson for Treasury Board President Tony Clement later commented generally on the government cuts.

"What we are doing is eliminating waste and unnecessary duplication – and leaner, more affordable government is in the interest of all Canadians," Jenn Gearey said in an e-mail.

The NDP attacked the government on Wednesday over the cuts, particularly to border security and food safety.

New Democratic MP Malcolm Allen said the cuts at the Canadian Food Inspection Agency – which include more than 600 affected notices and the expected elimination of 100 food inspector jobs – will reverse the increases in inspection that followed the 2008 listeriosis outbreak, in which 22 Canadians died from eating tainted deli meat.

"Now we're back to square one," he said. "It's not a good day for consumers."

One area where the Tories appear to be cutting back across the government is internal policy advice. The union representing policy analysts and economists – the Canadian Association of Professional Employees – said about 853 of its nearly 14,000 members have received affected notices.

Claude Danik, an executive director of the union, says his members tell him there is less demand for traditional policy work.

"I've been told by a number of members from different organizations that now it's basically that they're being asked to provide numbers to justify decisions that have already been made," he said.Specialized economic and policy advice is still important, Mr. Danik said.

"You're looking at people who try to inform decisions that go into spending billions and billions of dollars, so you want to get it right," he said.

Union leaders say they will keep pressing to find out exactly which services will be affected by these job cuts, including notices to 261 staff at Veterans Affairs on Wednesday.

"These are the heroes of our country and they won't get the services to which they are entitled," he said. 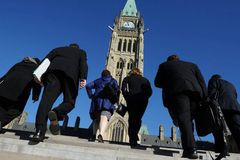 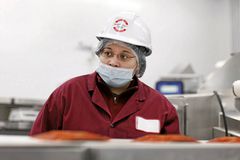 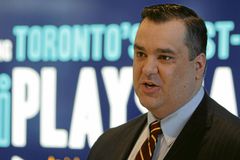 Hundreds of policy jobs slashed in latest round of federal job cuts
April 11, 2012
How federal cuts will hurt the 'have-not' provinces
April 10, 2012 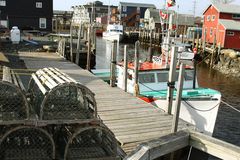 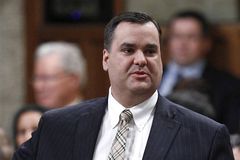