The Liberals are emboldened in their plan to whip all votes in favour of abortion rights after Prime Minister Stephen Harper referred to a 2010 motion in Parliament to justify the exclusion of abortion from the government's international maternal and child health policy.

Liberal Leader Justin Trudeau has suffered internal and external backlash for stating that all future candidates will have to vote in favour of "a woman's right to choose" if they are elected in the next federal election. However, the Liberals feel that Mr. Harper's reference to the 2010 vote, in which a few Liberals sided with the Conservatives to defeat a pro-choice motion, shows the debate over abortion "is not a theoretical issue" and has clear implications for federal policy in Canada and abroad.

"Votes matter in the House," Liberal MP Carolyn Bennett said in an interview. "It's extraordinarily important … that Liberal MPs and those who want to be Liberal MPs understand that on votes like this, they will be expected to vote for choice and for full reproductive services."

Ms. Bennett went on to criticize Mr. Harper for using the 2010 vote "to defend what we believe is an unsafe policy that harms women around the world."

In 2010, three Liberal MPs voted against the motion that called for all "options" to be funded in the government's maternal and child health initiative, and a dozen others did not show up, in defiance of the Liberal position. This allowed the Conservatives, who were in a minority at the time, to defeat the pro-choice motion that had been proposed by the Liberal leadership.

In an interview with The Globe and Mail on Thursday, the Prime Minister seized on the vote to explain that Canada is striving to be a consensus builder on the issue and suggested that funding abortion could make it more challenging to rally others.

"We, specifically as a consequence of a vote in Parliament, do not fund abortion services," he said.

Asked whether Canada might change its stand, Mr. Harper said: "What we have been trying to do since 2010 is build broad public and international consensus for saving the lives of mothers and babies … You cannot do that if you introduce that other issue. The fact of the matter is it's not only divisive in our country and in other donor countries, it's extremely divisive in recipient countries where it's often illegal."

Mr. Harper made the comments as he pledged another $3.5-billion over five years to improve the health of mothers and children and vowed to keep the cause on the global agenda after 2015.

Critics of the government's approach on maternal and child health have called on Canada to reverse a decision not to fund abortion services in developing countries, pointing to World Health Organization estimates that unsafe abortions cause about 8 per cent of maternal deaths.

In 2010, the three Liberal MPs who voted against the pro-choice motion were John MacKay, Paul Szabo and Dan McTeague. Mr. Szabo and Mr. McTeague were defeated by Conservative candidates in 2011, while Mr. MacKay has been privately critical of the Liberal Party's pro-choice policy.

In comments that were taped and leaked to the media, Mr. MacKay said he initially thought that Mr. Trudeau's position was a "bozo eruption" that would be later clarified. He has since apologized privately to Mr. Trudeau.

Liberal officials said the reason for the new position is to prevent members of the anti-abortion movement from winning open nomination battles and potentially joining the Liberal caucus to fight against abortion rights after the next election.

Mr. Trudeau has said that he welcomes Canadians of all persuasions on the matter in his party, but that he will whip all votes on the matter, except for current MPs who will retain the right to vote with their conscience.

A party strategist said that the "direct line" between the 2010 vote and the government's current policy shows that the Liberal Party's pro-choice position "isn't an abstract matter." 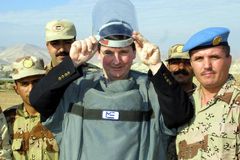 Liberal MP apologizes to Trudeau for abortion comments
May 27, 2014 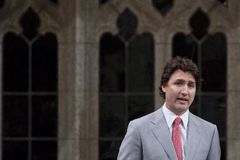 Follow Daniel Leblanc and Kim Mackrael on Twitter @danlebla @kimmackrael
Report an error Editorial code of conduct
Due to technical reasons, we have temporarily removed commenting from our articles. We hope to have this fixed soon. Thank you for your patience. If you are looking to give feedback on our new site, please send it along to feedback@globeandmail.com. If you want to write a letter to the editor, please forward to letters@globeandmail.com.
Comments