One of the most ambitious public polls taken in Ontario in the runup to the federal election suggests Justin Trudeau's Liberals are ascendant in the country's largest province – but not yet enough to give them a good shot at winning government.

Surveying 3,000 Ontarians through a combination of land lines and cellphones, from late February through the end of March, Innovative Research Group found the Liberals with 39-per-cent support among decided voters. The Conservatives were at 37 per cent, the NDP at 17 per cent and the Green Party at 7 per cent.

Those numbers would represent a major turnaround for the Liberals after bottoming out in the 2011 election, when they received 25 per cent of Ontario's popular vote and won just 11 of its 106 seats. By the estimate of Greg Lyle, Innovative Research's managing director, the Liberals would be on pace for between 49 and 62 of the 121 Ontario seats on the new federal map that will be used for this year's vote.

Such results would likely be enough to deny Stephen Harper's Conservatives another majority government. But at the lower end of that spectrum they would need to be accompanied by significant gains elsewhere to even assure the Liberals of forming Official Opposition, let alone laying claim to the most seats nationally.

Owing to its large sample size, the survey offers a window into how the parties stack up in different regions of Ontario. The poll has a margin of error of plus or minus 1.8 percentage points, 19 times out of 20.

Within the city of Toronto, where a total of 646 voters were surveyed, the Liberals appear to be dominant, with the poll showing them supported by 50 per cent of decided voters next to 30 per cent for the Conservatives and just 15 per cent for the NDP. Further breakdowns show those gains coming primarily from the NDP in the city's core, and from both the Conservatives and the New Democrats closer to the city limits. With Liberal support seemingly consistent across the city, they appear well-positioned to win the vast majority of its 25 seats, although the margin of error is larger for the regional breakdowns.

In the Greater Toronto Area, widely considered to be the single most important electoral battleground in the country, the picture is more complex. In the western section of the GTA, which most notably includes the cities of Mississauga, Brampton and Oakville, the Conservatives appear to remain strong, polling at 44 per cent to the Liberals' 34 per cent and the NDP's 15 per cent. But in the northern and eastern parts of the GTA – which among other municipalities includes Vaughan, Richmond Hill, Markham and Ajax – the Tories and Liberals are shown to be in a virtual tie with Conservatives slightly ahead 43 per cent and 40 per cent. (Sample sizes for the two areas were 377 and 365, respectively.)

Considering the unpopularity of the governing provincial Liberals in the economically hard-hit southwestern and south-central corners of the province, where there are 30 federal seats, Mr. Trudeau's party fared surprisingly well among the 791 Ontarians polled there – running even with the Conservatives at 35 per cent each among decided voters. And the Liberals and Conservatives are in another virtual tie in eastern Ontario, at 43 per cent and 40 per cent, respectively.

In a poll with plenty of cause for concern for the NDP, responses in Northern Ontario provide more of it – showing Thomas Mulcair's party sinking from 41 per cent in the past campaign to 25 per cent now, the Tories slipping less precipitously from 36 to 27 per cent and the Liberals rising from 19 to 34 per cent. There, though, a small sample size of 198 respondents means findings have a large margin of error.

Despite their improvements elsewhere in the province, though, it's in the Toronto area where the Liberals' have by far the most potential for gains – something borne out by Innovative Research looking at groups of ridings that had similar results in the past election. "The key change is that now most close races in Toronto and GTA are being won convincingly by the Liberals," Mr. Lyle said in an interview, "and even some seats won by the Conservatives with wide majorities last election are now competitive."

Still, there is potential for a lot of narrow Liberal misses, and Conservative strongholds in more rural areas of the province largely appear safe.

"Depending on how many seats they win from the NDP in Ontario, the current Ontario results may not be enough for the Liberals even to surpass the NDP without gains elsewhere, particularly from NDP seats in Quebec," Mr. Lyle said. 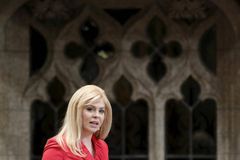 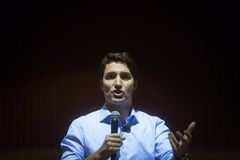 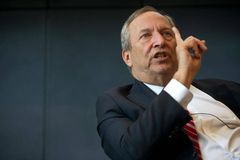