Health Canada is failing to provide adequate medical care for First Nations living in remote communities, according to a new report from Auditor-General Michael Ferguson.

The wide-ranging spring report from the federal Auditor-General was tabled in Parliament Tuesday.

Problems discovered by auditors include the fact that the vast majority of nurses serving these communities have not completed their mandatory training courses and are delivering services – such as prescribing and dispensing drugs – that go beyond their legal authority.

Auditors who assessed the services provided to remote First Nations in Manitoba and Ontario also found other concerns, including improper door seals for an X-ray room and broken locks at nursing stations, which are the main source of health care for remote First Nations.

"Deficiencies ranged from malfunctioning heating and cooling systems to unsafe stairways, ramps and doors," said Mr. Ferguson in his prepared remarks. "Health specialists cancelled visits to one community because they could not stay in the residence intended for their use due to issues with the septic system dating back more than two years."

Health Canada and the Public Health Agency of Canada are doing a poor job of protecting Canadians from drug-resistant infections. The report says Health Canada has failed to prohibit farmers from importing unlicensed antimicrobial drugs for use in animals, which could have serious public health implications by developing antimicrobial resistance.

Detention costs are on the rise in spite of a falling crime rate because federal policies leave men incarcerated for longer periods. The Auditor-General notes that the move at Correctional Services Canada toward fewer recommendations for early release goes against clear evidence that parole increases overall public safety. The report highlights statistics showing that offenders who are released through day or full parole are far less likely to be convicted of a violent offence before their sentence ends than those who get out on their statutory release date, which is after they have served two-thirds of their sentence. This shift toward longer detention is largely the reason the total population of men in federal custody grew by 6 per cent between 2010-11 and 2013-14 to 14,550, leading to $91-million a year in additional costs.

Parliament is being left in the dark over so-called tax expenditures, the array of tax credits government provides to help with the cost of everything from text books to a new home or children's sports. The Auditor-General notes that because these credits are not delivered in the form of a government program, they are not subject to spending limits and MPs do not receive information on the potential future cost of these initiatives.

Contracting rules were "disregarded" in the Office of the Ombudsman for the Department of National Defence. The watchdog was created in 1998 to be an independent promoter of fairness and transparency, but the Auditor-General's report takes issue with the way the office approved its own expenses for hospitality, travel and outside contracts. The report describes a poor working environment at the office, with grievances, complaints and high levels of sick leave and turnover.

At a news conference after the report was tabled, Mr. Ferguson also mentioned that his ongoing audit report into senators' spending is on track to be delivered to the Senate in the first week of June. Mr. Ferguson said that once that report is tabled in the Senate, he will be able to comment on its contents. 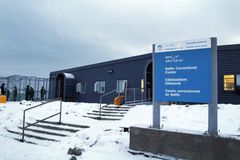 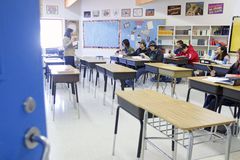 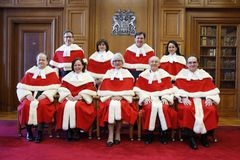