The minister in charge of revamping the way Canadians vote in federal elections says she's "yet to be convinced" that a national referendum is the best way to determine whether changes to the electoral system have broad support from the public.

Democratic Institutions Minister Maryam Monsef also told a special parliamentary committee set up to study the topic this summer that she looks forward to reviewing its final report and making an "informed decision"– but wouldn't commit to fighting for the committee's recommendations when it comes time to craft legislation at the cabinet table next year.

Instead, Ms. Monsef made her pitch Wednesday as the committee's first witness on why Canada needs to move on from the "antiquated" first-past-the-post voting system to one "that provides a stronger link between the democratic will of Canadians and election results."

"In the most recent election, less than 40 per cent of those elected were supported by a majority of their constituents, including me," said Ms. Monsef, who was elected as a Liberal MP last year in the Ontario riding of Peterborough-Kawartha with 44 per cent of the vote.

Ms. Monsef called for compromise from the 12 committee members, who include five Liberals, three Conservatives, two New Democrats, one Bloc Québécois MP and the Green Party's Elizabeth May. The Liberals last month backed down from their plan to hold the majority on the committee after facing criticism that they were trying to rig the system in their favour.

"We haven't arrived at a final conclusion. We haven't made up our mind about any given system. I've come to this with an open mind," Ms. Monsef told the committee.

The Conservatives have for weeks been pushing for a referendum on the issue, and the committee's mandate also includes a recommendation for the best way to obtain the views of Canadians.

But Ms. Monsef told the committee that referendums "do not easily lend themselves to effectively deciding complex issues," and pointed out that almost half of eligible voters did not show up to recent referendums on electoral reform. "I believe we need to reach out and engage those who have previously chosen to remain silent," she said, such as new Canadians, indigenous people, youth and those who live in rural and remote communities.

Conservative MP Scott Reid, one of the committee's co-chairs, asked Ms. Monsef whether she would accept holding a referendum if it were recommended by the committee.

"If that is what committee recommends, if that is what you hear from Canadians, if you arrive at a consensus that that is the best way to engage Canadians in 2016, then it is incumbent upon me and this government to take that seriously," Ms. Monsef said.

Mr. Reid also asked whether the government was taking any measures to update the federal Referendum Act, which currently applies only to constitutional issues.

"I believe that it is premature to make those changes," Ms. Monsef said. "It's putting the cart before the horse to arrive at a conclusion before you folks have even begun to travel the country."

The committee will hold several meetings throughout the summer in Ottawa, and it's expected to travel the country as well. Ms. Monsef, along with her parliamentary secretary, Mark Holland, will also conduct consultations across Canada. The minister also introduced a guide to electoral reform on Wednesday that is intended to help Canadians set up their own town halls, or "coffee dialogues," on the issue this summer.

The committee will hear from Chief Electoral Officer Marc Mayrand and his predecessor, Jean-Pierre Kingsley, on Thursday. The committee is due to present its final report by Dec. 1. 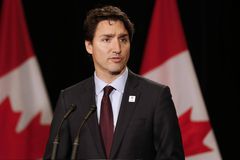 Liberals agree to give majority to Opposition on electoral reform committee
June 2, 2016 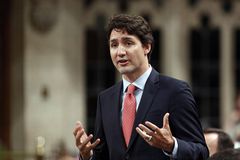