Some 500 New Democrat parliamentary staffers are parting company with the labour union that represents them after it refused to unequivocally endorse the NDP in last month's Ontario election.

It's not simply a matter of federal New Democrats paying Unifor back for what they view as its betrayal of the provincial NDP.

The divorce is also driven by fear that Unifor could similarly refuse to categorically support the NDP in next year's federal election, thereby endangering the staffers' jobs, which the union is supposed to protect.

"This will be an amicable divorce," Dias told The Canadian Press.

"Their position is they want to belong to a union that has complete, blind loyalty to the party and I understand that ... But the facts are that one local union within Unifor is not going to dictate the politics of an organization of over 300,000 people."

While Unifor is largely supportive of the NDP, Dias said sometimes its priorities are different than those of the party.

In the Ontario election, the priority was stopping Progressive Conservative Leader Tim Hudak. Hence, Unifor urged Ontarians to vote for incumbent New Democrats or whichever local candidate — NDP or Liberal — was most likely to defeat the Conservative contender.

"The last provincial election was unusual. It's not usually so brazen that you have a Conservative leader that's running on a platform of destroying the trade union movement," Dias said, noting that 800 delegates to a Unifor regional council meeting unanimously called for the union to back strategic voting.

He said there's "no question about it" that the Harper government appears equally committed to destroying the union movement. But whether Unifor will similarly urge Canadians to vote strategically for New Democrats or Liberals to defeat Harper's Conservatives remains to be seen.

That will be up to delegates to a national council meeting this fall, Dias said.

"The politics of how we're going to deal with the next federal election, that decision will be made in September in Vancouver ... There's no question there's some potential parallels (with the Ontario election) but, like I said, we'll cross that bridge when we get there."

Unifor was created last fall through the merger of the Canadian Auto Workers and the Communications, Energy and Paperworkers unions. The roughly 500 NDP staffers on Parliament Hill and in MPs' constituency offices, who had belonged to the CEP, became members of Local 232 of Unifor.

Local president Anthony Salloum did not want to make any immediate comments. But other staffers, who were not authorized to speak on the matter publicly, privately said there'd been uneasiness about their new alliance with former auto workers from the outset.

The CAW had infuriated New Democrats by endorsing Paul Martin's Liberals in the 2006 federal election, in a failed bid to stop Harper from becoming prime minister.

Dias acknowledged that the merger set off "a lot of alarm bells" among the staffers, who began several months ago to explore alternative unions to represent them. That came to a head after the Ontario election, which saw Kathleen Wynne's Liberals re-elected as the PC vote collapsed.

"Obviously, there was some animosity after the last provincial election because of our position on strategic voting and, like I said, I'm fine with that," said Dias, who added that he's still a member of the NDP.

For the time being, NDP staffers remain dues-paying members of Unifor. But Dias said the Canadian Labour Congress is acting as an intermediary, helping to find a new union home for the political aides.

"It just makes sense for everyone that they find a home that they're more comfortable (in)." 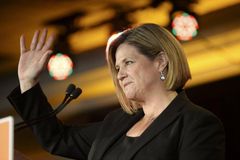 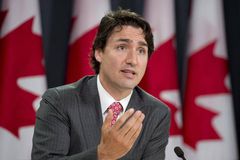 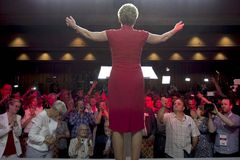