Those whose antics threaten to besmirch the party name normally don't get a second chance with Canada's federal Conservatives.

Not so, it would seem, for Toronto Mayor Rob Ford.

"I did support him and I do support him," said Conservative MP John Carmichael, who represents the Toronto riding of Don Valley West, after the controversial municipal leader was ordered removed from office this week for violating conflict-of-interest rules.

Many Toronto-area Conservatives are rallying around the embattled mayor, having actively backed Mr. Ford's 2010 campaign — some putting a great deal of their own personal political capital into play in order to elect someone they saw as a valuable ally.

Mr. Ford's campaign pledge to end the city hall "gravy train" resonated with kindred spirits on the political spectrum, his no-nonsense, blue-collar style the perfect antidote to the Toronto elites long viewed as the natural enemy of Canada's right wing.

And how many mayors have been invited to go fishing at Stephen Harper's summer home?

The prime minister's own feelings were captured on tape during an unguarded moment at a backyard barbeque following the 2011 federal campaign.

"We started cleaning up the mess, the left-wing mess, federally in this area," Mr. Harper said. "Rob is doing it municipally and now we've got to complete the hat trick and do it provincially as well."

Indeed, Mr. Ford was a valuable asset for the Conservatives in last year's federal win.

He was considered key to helping the party increase its seat count in the Greater Toronto Area, most notably around his home riding in Etobicoke. Mr. Carmichael was among the MPs he supported. He recorded automated calls for two others, both of whom ended up winning.

Bernard Trottier, who bested the Liberals' then-leader Michael Ignatieff in the riding of Etobicoke-Lakeshore, shrugged off the role Mr. Ford played in his win.

"I think the Liberals defeated themselves, practically," Mr. Trottier said.

He said he continues to support Mr. Ford's agenda, though he hasn't spoken to him since his latest troubles.

Those behind the lawsuit that could ultimately prove the mayor's downfall have long had it in for Mr. Ford, backroom Conservatives say, and he'll continue to have their support since he's on the right side of a fight between the right and the left.

Some MPs scoffed at the fact Mr. Ford could be kicked out of office for what they described as charity work.

"I think the penalty was a bit of overkill for the action," said Costas Menegakis, the Conservative MP for Richmond Hill.

"He was, after all, trying to raise money for kids to play football, he had no personal benefit for it. I hope he is successful in his appeal."

The legal action was launched by a local businessman who argued Mr. Ford broke the rules when he took part in a Toronto city council vote over whether he should pay back $3,150 he solicited for his private football foundation using official city letterhead.

Mr. Ford said he didn't believe there was a conflict. He is seeking a stay of the ruling.

It is unclear whether Mr. Ford's troubles could hurt the Conservatives in the long term as they seek to increase their vote share in the Toronto area in the next federal vote in 2015. Some say it's far too early to expect any lingering impact.

Or, it could work in their favour.

If Rob Ford can't run in a byelection to reclaim his post, perhaps his brother Doug could replace him, leaving a friendly Ford at Toronto city hall. That would free up Rob Ford to run provincially and help the Ontario Conservatives complete Mr. Harper's hoped-for hat trick.

Other Toronto-area Tories, meanwhile, are shying away from all the controversy.

"It's a municipal issue, we have to let it play itself out," said Willowdale MP Chungsen Leung.

Having a like-minded mayor at the helm of Canada's most populous city generally things easier for the government when it comes to federal-municipal relations, observers say. Losing Mr. Ford could upset the balance for the federal government.

One rumoured would-be replacement is NDP MP Olivia Chow, who has butted heads with the Conservatives for the last six years.

"It needs leadership to deal with these challenges seriously," Ms. Chow said. "I hope the whole matter gets resolved as quickly as possible." 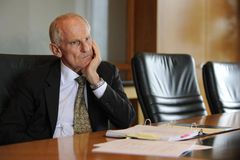 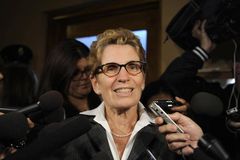 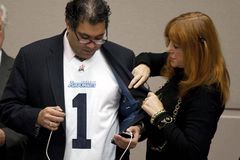 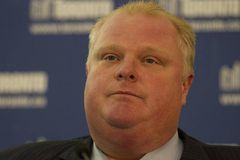 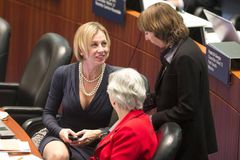 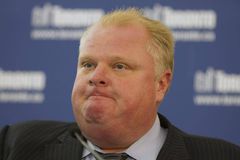