A backbench MP's motion to study the legal rights of the fetus is drawing attention to the personal beliefs of some Conservatives as they weigh the cost of opening the debate over when human life begins.

Stephen Woodworth's motion seeks to create a parliamentary committee to consider the question, which he argues has never been adequately studied in Canada. But critics see the move as a thinly veiled attempt to reopen the debate on abortion, something Prime Minister Stephen Harper promised not to do during the last election campaign.

Citizenship and Immigration Minister Jason Kenney said on Monday that he would support the motion, despite strong signals from the Prime Minister's Office that Mr. Harper does not want it to go forward. Mr. Kenney is joined by several Conservative backbenchers and at least one Liberal MP.

Conservative MP Brent Rathgeber wrote a lengthly post on his website explaining his support for the motion. He noted that his views on abortion have been influenced by family members who have faced reproductive challenges, and he called himself "pro-life" in his personal beliefs. But he emphasized that he believes the debate should focus strictly on the question Mr. Woodworth put forward – and stay away from making any decisions about abortion.

In 1988, the Supreme Court of Canada struck down the country's abortion law and suggested Parliament draft a new one in its place. Brian Mulroney's government tried to create a new law in 1990, but it was defeated in the Senate.

Mr. Woodworth said Tuesday that he was still talking with MPs, but did not believe his motion had enough support to pass when it goes to a vote on Wednesday.

Gary Goodyear, minister of state for science and technology, said he won't support the motion, despite his beliefs. "Given my openness on this issue, the majority of my constituents are well aware that personally, I have consistently maintained a pro-life stance," he wrote in a statement. "However, I made a promise in the last election that our government and I would not reopen the debate."

On Tuesday, NDP Leader Thomas Mulcair portrayed Mr. Kenney's support for the motion as a sign that the Conservatives are trying to appeal to the party's socially conservative base, arguing that Mr. Harper could prevent Conservative MPs from supporting it if he wanted to. "I've never seen Stephen Harper have any difficulty controlling his backbenchers or his ministers," he said.

A spokeswoman for Mr. Harper accused Mr. Mulcair of taking an anti-democratic stand by not allowing his MPs to vote freely. "The Prime Minister has been very clear on his position and his intent to not reopen the debate," Julie Vaux said.

Liberal MP John McKay said he plans to vote in favour of the motion because he believes it deserves a debate in Parliament.

"It's a sad state of democracy if there is a subject that cannot be talked about," he said Tuesday, adding he thinks at least one other Liberal will vote with him.

Liberals will be allowed to vote as they please on the motion, but interim Liberal leader Bob Rae said he believes the vast majority will vote against it.

Liberal MP Ted Hsu, who presented a petition in favour of the motion last week, said he has decided to vote against it. He said he sympathizes with those who dispute the fact that human life is defined in law as beginning when a child is born. "For example, my daughter was born by a scheduled cesarean section on a Thursday. If we had chosen to have her born on Friday, personally I would not have regarded her as any less human on Thursday," he wrote.

But he said he will be voting against the motion because he believes Mr. Woodworth's intent in introducing it is to restrict access to abortion – a suggestion the Tory MP disputes.

Mr. Woodworth said disagreements within the caucus are part of the democratic process.

"People make foolish suggestions and say, 'Well, you're voting against the [Prime Minister],' " he said. "I say, 'No. I'm simply voting differently from the Prime Minister.' " 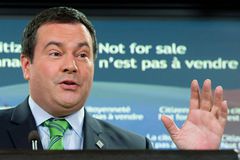 new
Other Tory MPs wade into human being debate
September 21, 2012 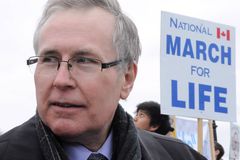 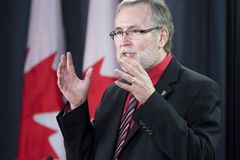 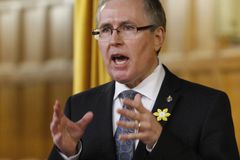