The Liberal-dominated House of Commons finance committee is urging the government not to touch small-business tax rules in the upcoming budget, in spite of the party's controversial pledge to ensure that the deduction is not used by high-income Canadians as a way of lowering their tax bill.

Small-business owners – especially professionals such as dentists, doctors and lawyers – have been nervously lobbying the federal government to back away from the election campaign pledge.

Those efforts appear to have swayed the Liberal MPs who hold a majority on the finance committee.

In a pre-budget report released on Friday, the committee recommends that "the federal government not make any changes to the current federal taxation regime and other rules as they apply to small businesses, including professional businesses."

The report also calls on the government to study and implement a pilot project "consistent with the concept of guaranteed income," a pledge that was not part of the Liberal Party's election platform. Another recommendation that veers from the platform is a call to loosen restrictions on access to temporary foreign workers in the livestock and fish processing sectors.

The report's recommendations may come too late to be incorporated in the March 22 budget. However, the fact that Liberal MPs have a majority on the committee provides a window into the issues the governing party wants to prioritize with less than two weeks to go before the budget is released.

Not surprisingly, the committee's recommendations largely follow the promises made by the Liberals during last year's election campaign.

Finance Minister Bill Morneau's upcoming budget will reveal how the promises will translate into government policy. While the Liberals have promised to spend $60-billion over 10 years on infrastructure, the budget is expected to provide new information as to the timing of that spending and how the money will be divided among the many competing demands for cash.

The government's budget is coming at a time when Canada's unemployment rate has nudged up to 7.3 per cent. However, concerns related to the Canadian economy have eased slightly in recent weeks as the price of oil, the value of the Canadian dollar and Canadian stocks have all made gains since the start of the year.

The report follows a highly condensed prebudget process in which the committee members heard from 92 witnesses and received 180 written briefs over a four-day period in February.

The finance committee normally holds prebudget hearings over several months in the fall, but that process was pre-empted by the federal election.

Other key recommendations from the report include calls for targeted support for Canadian regions that are experiencing the most severe effects of a lower Canadian dollar and low oil prices.

The committee also recommends that the government look at restoring the Kingston Prison Farm program and consider prison farms at new locations.

In a supplementary report, the Conservative MPs on the committee expressed concern that the Liberals are no longer pledging to erase the deficit before the next election.

"Given that Canada is not in a recession [and] that the regions requiring immediate stimulus are limited, … it is possible for the Liberal government to deliver a budget that promotes long-term economic growth without forcing Canada into a prolonged period of borrowing," the Conservatives say.

A supplementary report from the NDP calls on the government to expand the employment insurance program so that it is more accessible. It also makes other policy recommendations that are in line with what the party proposed during last year's election campaign.

The report urges the government not to use the economy as an excuse to back out of campaign commitments.

"The newly elected Liberal government cannot hide behind the economic situation to lower Canadians' expectations before tabling the budget and backtracking on its promises," the NDP report says. "Canadians expect to see action in the upcoming budget to deliver on the measures they were promised." 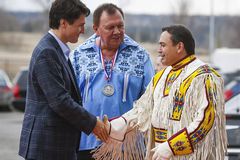 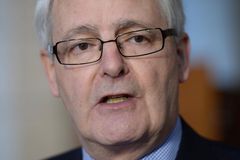 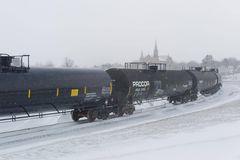 Defence spending expected to fall despite Liberal pledge to keep up with Tories
March 8, 2016 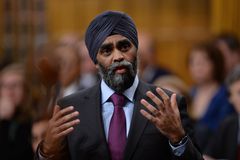