Finance Minister Bill Morneau has not placed his substantial personal holdings into a blind trust as Justin Trudeau did for his family fortune – a move that the Prime Minister holds up as the gold standard for avoiding conflicts of interest in federal politics.

When federal politicians take office, they have two options: either to place their directly controlled assets into a blind trust beyond their reach, or to sell those assets in "an arm's-length transaction." Ministers need to make that choice within 120 days of being appointed.

Mr. Morneau did not exercise the first option, saying in a statement to The Globe and Mail that federal Ethics Commissioner Mary Dawson told him he did not need to set up a blind trust. The Ethics Commissioner's office told The Globe that Mr. Morneau, a former Bay Street executive worth tens of millions of dollars, "did not divest any controlled assets through the establishment of a blind trust."

According to Canadian securities regulators' disclosure system for corporate insiders, Mr. Morneau owned 2.07 million common shares in Morneau Shepell at the time of the 2015 election.

That holding would be worth $43.3-million, based on Morneau Shepell's closing price on the Toronto Stock Exchange Friday.

Mr. Morneau ceased to be deemed an insider of Morneau Shepell on Oct. 26, 2015, when he resigned as an officer and director. As a result, any share sale after that point would not show up in publicly disclosed trading records.

The Ethics Commissioner's office did note that Mr. Morneau disclosed the existence of a family trust in his filings. The Globe asked the Ethics Commissioner's office whether Mr. Morneau sold the two million shares in Morneau Shepell or whether they are held in a family trust. The Globe also asked how the Morneau family trust is an effective way of properly insulating the minister from conflict-of-interest accusations when he is making government decisions that might benefit his family's holdings.

"We cannot provide you with any more information about minister Morneau's compliance with the Conflict of Interest Act," Margot Booth, who manages media relations for the Ethics Commissioner's office, told The Globe. "All of the information we are authorized to make public is in the public registry."

Mr. Morneau's office refused to say how the family trust was administered to shield him from managing and controlling his assets.

In a statement provided to The Globe, the Finance Minister said he has worked "diligently and in great detail" with the Ethics Commissioner "to ensure that all my affairs were arranged appropriately and comply with the spirit and letter of the rules" governing MPs and members of cabinet. "I followed Ms. Dawson's guidance and recommendations to the letter," Mr. Morneau said.

He said Ms. Dawson told him he didn't need to set up a blind trust. Neither Mr. Morneau nor the Ethics Commissioner's office would explain how the Finance Minister, one of the wealthiest people in federal politics today, could avoid having to establish a blind trust. "As a result of the detailed meetings and filings which I provided, [Ms. Dawson] concluded that there was no need to enter into a blind trust with respect to any of my assets," he said.

Mr. Morneau cited a February, 2016 letter from the commissioner that said in fact he did not own any assets that would qualify as "controlled assets" under the Conflict of Interest Act and therefore need to be sold or placed in a blind trust.

Controlled assets in federal ethics law are holdings whose value could be directly or indirectly affected by decisions taken by the government including: publicly traded stocks, stock options and bonds.

He said Ms. Dawson had recommended a "screen" and other measures that "have been put in place in order to fully comply with ethics rules and guidelines" and that he said remain in force. "I have had a previous career of building a successful business and I am grateful to have the opportunity to put that experience to work for the people of our country," the minister said. "I have great respect and confidence in the professional and confidential advice the ethics commissioner provides those of us who choose public life."

There are significant differences between blind trusts and family trusts. In a blind trust, a trustee manages the assets without direction from the politician still in office, insulating public office holders from accusations that they are making decisions in government that could benefit their personal wealth. While the trustee of a blind trust has full discretion over the assets, a family trust is a legal way to hold and protect assets that are usually managed by a member of the family, or their accountant or lawyer.

Mr. Trudeau placed his personal assets in a blind trust to avoid accusations of conflict of interest when government funds are directed to the private sector. Shortly after being appointed Finance Minister, Mr. Morneau told the CBC that he expected he would need to put his assets in a blind trust; ultimately, he has not done so.

If Mr. Morneau did not sell his shares in Morneau Shepell, he could face accusations of a conflict of interest as a result of his contentious reforms to small-business taxes.

Opposition MPs and tax experts have said that Morneau Shepell would be one of the main beneficiaries of the move by the Finance Minister to increase taxes on passive investment in private corporations. The tax measure could prompt doctors and other small-business owners to purchase private pension plans.

Mr. Morneau has told The Globe that he found it "absolutely absurd" to suggest that the changes would benefit Morneau Shepell because its sale of individual pension plans represented "less than 1 per cent of revenues."

According to the Office of the Ethics Commissioner's public registry, Mr. Morneau's chief of staff, Richard Maksymetz, has been appointed to act as a screen to prevent any conflict of interests. He is charged with preventing Mr. Morneau from accessing government information that might put him in a potential or real conflict of interest.

University of Toronto Professor Andrew Stark, who is an authority on ethics and conflict of interest, said the screen set up within the Finance Department is inadequate unless Mr. Morneau's holdings are in a blind trust where a trustee makes all the investment decisions without his knowledge.

In the United States, treasury secretaries – which are the equivalent of finance ministers – are required to put all assets into a blind trust to avoid any conflict of interest.

"That is the superior solution because you don't have any idea at all about your holdings. They could be in specific industries or widely held funds, but you don't know. That is the gold standard in dealing with conflicts of interests," Prof Stark said.

Mr. Morneau, who had a successful career on Bay Street as an executive at Morneau Shepell, married into far bigger money through his spouse, Nancy McCain, an heir to the multibillion-dollar McCain Foods empire.

Disclosure documents that the Finance Minister filed with the federal Ethics Commissioner's office say he is a potential beneficiary of the Nancy McCain 2013 Family Trust. He also appears to be a beneficiary of another trust, called the Morneau McCain Family Trust.

Those records also show that Mr. Morneau is sole owner of 2070689 Ontario Ltd., a Toronto-based holding company, which also owns much of an Alberta-based investment holding company in Calgary, 1193536 Alberta Ltd. Ms. McCain, his spouse, is president of the Toronto company and a director of the Alberta firm.

It's not clear why Mr. Morneau located his investment holding company in Alberta when he lived in Ontario. However, locating in Alberta has in recent decades conferred a tax advantage on investors and corporations, although this has changed in recent years.

According to filings in Ottawa, Mr. Morneau also jointly owns four numbered Ontario real estate holding companies with his siblings. Florida land records indicate these companies, 2254165 Ontario Inc., 1446977 Ontario Inc., and 2135042 Ontario Inc. and 2135041 Ontario Inc. own a series of condominium properties, some of them valued at more than half-a-million dollars each, on Florida's west coast. 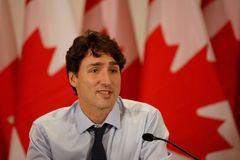 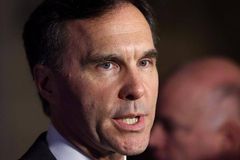 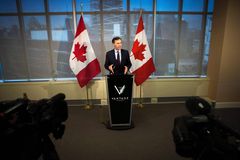