There is a glimmer of good news for Jim Flaherty in the latest wave of economic reports, even as the Prime Minister and the Bank of Canada Governor strike a slightly pessimistic tone.

Wednesday's downward revisions for growth in 2012 and 2013 by the Bank of Canada suggest tighter finances for Ottawa in the short term, a point Prime Minister Stephen Harper acknowledged.

But as the Finance Minister, Mr. Flaherty, prepares the Conservative government's 2013 budget, his main target is to balance the books by 2015. With that horizon in mind, economists see several reasons for Mr. Flaherty to be optimistic, including positive signs from the U.S. and European economies, as well as Canada's housing market.

Finance Canada last updated its own fiscal projections in November. That update forecasted a higher-than-expected deficit for this fiscal year, largely reflecting the same weakness in late 2012 that the bank acknowledged Wednesday. In releasing his November update, Mr. Flaherty repeated his strong concern about the uncertainty in the U.S. around the so-called fiscal cliff, the potential for big economic trouble in Europe and rising household debt in Canada. Just 10 weeks later, those big three sources of Mr. Flaherty's anxiety have faded considerably.

Still, growth figures suggest hitting the target for a balanced budget by 2015 – the scheduled year for the next federal election – will be difficult.

"There has been a general slowing of the global economy over the past half-year, so it is obviously a concern to us," the Prime Minister told reporters in Cambridge, Ont., where he was announcing a federal contribution toward a Toyota plant that will manufacture a Lexus hybrid SUV.

"It's going obviously to have some fiscal impact on us," said Mr. Harper of the lower expectations for growth.

Mr. Flaherty has already signalled he has no appetite for expensive new spending proposals. As for his three main worries, the U.S. avoided the worst-case scenarios around the Jan. 1 fiscal cliff, but still faces more detailed budget decisions in the coming months. Meanwhile, investors are increasingly showing confidence in the European Union, which many feared throughout last year was at risk of breaking apart.

A survey of more than 600 economists worldwide by Reuters found that the global economy is expected to perform slightly better in 2013, with growth at 3.3 per cent.

These developments likely mean Ottawa's economic focus will take a more domestic shift this year, with a close eye on Canada's housing, energy and commodity markets.

Bank of Canada Governor Mark Carney, who has echoed the Finance Minister's household debt warnings for months, told reporters Wednesday that the situation is improving. Mr. Carney said there are some "encouraging signs" coming from Canada's household sector that the tightening of mortgage insurance rules by Ottawa is having an impact.

Yet the bank's softer language around future interest-rate hikes means economists will be watching to see whether that will encourage Canadians to start taking on more debt when housing activity heats up in the spring.

On Friday, Finance Canada will release its monthly fiscal monitor for November, which will show how the slower-than-expected growth in the end of 2012 is affecting federal revenues.

Last month's report, covering the first seven months of Ottawa's fiscal year, showed the federal deficit for 2012-13 was at $10.6-billion, down from $13.9-billion over the same seven months the year before.

In its November fiscal update, the government estimated this year's budget deficit would come in at $26-billion, a figure that included a $1-billion cushion for economic risk.

Flaherty's 2012 budget had forecast the deficit would be smaller, at $21.1-billion, including a $3-billion adjustment for risk.

Arlene Kish, an economist with IHS Global Insight, said the government will have to watch how a slowing housing market affects employment.

"I think it's going to be a lot of staying the course," she said.

With a report from Greg Keenan in Cambridge, Ont.

With a report from Greg Keenan in Cambridge, Ont. 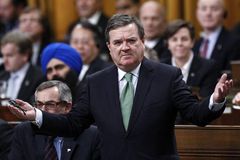 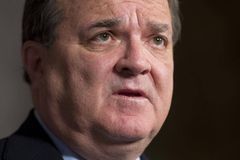 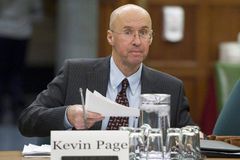