Jim Flaherty must deliver a budget that guides Canada through rocky economic times while also serving as a possible election platform; that transitions the Harper government from a big-spending, deficits-be-damned warrior against recession to a disciplined administration focused above all else on bringing the federal books into balance.

On Tuesday, if the Conservatives have their way, the federal government will become quieter. Maybe that's why, in recent weeks, Mr. Flaherty has been quieter, too.

In previous years, the Conservatives have preannounced so much of their budget that there was hardly anything left in the actual document to discover. This year, however, there was only silence until Thursday, when Prime Minister Stephen Harper promised to deliver on a 2008 election pledge to offer a tax credit for parents who enroll their children in arts and culture programs.

Mr. Harper's speech to a Toronto-area business group otherwise simply reiterated previous announcements. The deficit declined by a quarter in 2010-2011 from the year before, and will do the same next year; the Conservatives will not cut funding to the provinces, which means transfers for health care will continue to increase by no less than 6 per cent a year even after an accord with the provinces expires in 2014.

But those who expect to see new spending for new programs should look elsewhere.

This may explain the Finance Minister's low profile. Mr. Harper and Mr. Flaherty may have been refusing to lift the curtain because there is so little to see.

Both men are convinced that smart policy is, in this case, smart politics, that Canadians value balanced budgets and controls on spending above new programs and incentives.

At least one former Liberal finance minister agrees with them.

"In Canadian politics, you form a government by occupying the centre," said John Manley, who was Jean Chrétien's last finance minister and is now head of the Canadian Council of Chief Executives. "And my sense is that the centre is becoming rather prudent."

Which is why he fears that, if Liberal Leader Michael Ignatieff does try to bring the government down by defeating the budget, "it's going to be a very tough election."

Close observers of the Department of Finance believe the outline of Tuesday's budget is already apparent.

With the economy growing faster than expected, and tax revenues along with it, the 2010-2011 budget deficit will be about $10-billion lower than the 2010 budget estimate of $49-billion.

Although Parliamentary Budget Officer Kevin Page and the International Monetary Fund both warn that there is a structural deficit that economic growth alone won't eliminate, other observers believe that those higher revenues should make it possible to balance the budget by 2015-2016, and perhaps even earlier, provided spending is kept in check.

Mr. Flaherty, who declined to be interviewed, is expected to top up the Guaranteed Income Supplement for low-income seniors, perhaps by as much as $700-million, a key NDP demand and something that the Finance Minister has said he supports in principle.

But other than that, there will be very little in the way of new spending.

"What we're going to hear is they're going to keep program spending running basically in line with inflation, 2 per cent," predicted Craig Alexander, chief economist at Toronto-Dominion Bank. A 2-per-cent growth target "is very easy to say but extraordinarily hard to do," he added.

The Finance Minister is calculating that if he delivers a sober budget that reins in both spending and deficits, and the opposition defeats it, then the Conservatives will be able to portray the Liberals, especially, as irresponsible.

Mr. Manley thinks he may be right.

"If the Liberals position themselves so that they look like perhaps they've lost their commitment to fiscal responsibility, that they would be in fact tax-and-spend, personally, I think that's risky political ground to be on," he warned. 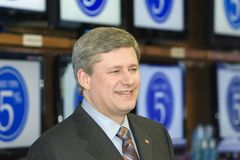 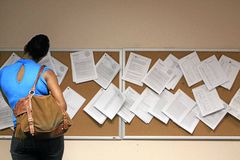 Alternative budget would raise taxes on corporations and the rich
March 15, 2011 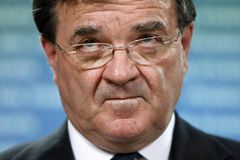 The politics of power: Hello, easterners
March 15, 2011
March madness on the Hill points to early May election
March 13, 2011
Follow John Ibbitson and Jeremy Torobin on Twitter @JohnIbbitson @jeremytorobin
Report an error Editorial code of conduct
Due to technical reasons, we have temporarily removed commenting from our articles. We hope to have this fixed soon. Thank you for your patience. If you are looking to give feedback on our new site, please send it along to feedback@globeandmail.com. If you want to write a letter to the editor, please forward to letters@globeandmail.com.
Comments