First Nations have launched a class-action lawsuit against the federal government claiming they are owed an estimated $3-billion because the agency responsible for protecting their oil-and-gas rights has, for decades, allowed those resources to be drained away without demanding that indigenous communities be compensated.

A statement of claim was filed in the Federal Court late Monday afternoon by the Poundmaker Cree Nation and the Onion Lake Cree Nation on behalf of the roughly 70 First Nations that have had their oil-and-gas reserves managed by Indian Oil and Gas Canada (IOGC).

The potentially costly suit comes at a time when the Liberal government, which is facing a ballooning deficit, is promising to reset the relationship with Canada's indigenous peoples and to find ways to increase the revenues of First Nations.

A copy of the statement of claim was obtained by The Globe and Mail.

The job of IOGC, an agency of the Department of Indigenous Affairs, is to identify the oil-and-gas deposits that are both on and adjacent to reserves, to promote those resources to oil-and-gas companies, to negotiate drilling deals and to collect the revenues for First Nations. Many First Nations – including Poundmaker, located near North Battleford, Sask., and Onion Lake, which straddles the Alberta-Saskatchewan border – have signed agreements with IOGC giving it the right to manage those functions on their behalf.

But the suit alleges that the agency failed in its stated duty to monitor the wells being drilled around reserves and to require compensation in cases where oil and gas are being drained from beneath the feet of the indigenous people who should have benefited.

"This is a finite resource that has been drained, and it has been drained from the poorest people in Canada," said Blaine Favel, the former chief executive of One Earth Oil and Gas Inc., who is also chancellor of the University of Saskatchewan and a former chief of the Poundmaker Cree Nation.

The revenues from those resources could have made a positive difference in indigenous communities, said Mr. Favel, who advised First Nations about the possibility of the lawsuit. The money could have paid for more indigenous students to attend university, better training, more addiction counselling and more social programs, including housing for elders, he said.

When he was making inquiries about the oil and gas being drained from reserves, Mr. Favel said, one of his colleagues at a resource company asked him, "Why do you think there's that saying, 'You don't have to rent Indian land, you just have to rent the land beside it?'"

The statement of claim, which contains allegations that have not been proven in court, accuses the federal government of breaching its fiduciary duty to First Nations by failing to provide sufficient funds to IOGC to allow it to meet its obligations. The agency, it says, lacks the necessary systems, staffing and oversight.

And it says the Indigenous Affairs Department and IOGC have been negligent in their management of First Nations oil-and-gas reserves.

While not all landowners in Canada own the oil and gas beneath their property, the rights to the resources that sit below reserves are held by First Nations and are overseen by the federal government.

When an oil or gas well is drilled close enough to a First Nation that a provincial regulator determines it could be draining those resources out from under the reserve, the First Nation is entitled to have its losses offset.

The IOGC website says the agency "monitors well licences around First Nation reserve lands for potential drainage," and when it is suspected that oil and gas are being drained away, it issues notices to obtain compensation on the First Nation's behalf.

But the statement of claim says IOGC did not generally send out those notices, even when a First Nation asked it to do so.

Wallace Fox, chief of the Onion Lake First Nation, says he has expressed his concerns over the years about oil-and-gas wells that should have been bringing money into his community, but they have been ignored. "You can only go so many times and find out there is not much you can do," he said.

Mr. Favel stressed that the lawsuit is not being directed against the oil-and-gas companies. "They followed the rules in terms of their licensing," he said. "This is a suit against the federal government, which mismanaged its conflicting roles of manager, regulator of these lands and their fiduciary duty to First Nations people." 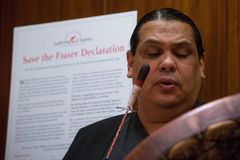 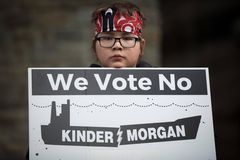 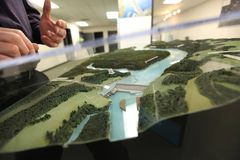