First nations are taking the federal government to court to overturn legislation that has been the touchstone for protests and disruptions sweeping the country under the banner Idle No More.

The court challenge is just one more front in a series of confrontations facing the Harper government as it wrestles with the complex issues facing Canada's aboriginal peoples.

Prime Minister Stephen Harper will meet with a delegation of chiefs on Friday to talk about the grievances of the first nations, many of whom are demanding a greater share of the wealth from the resource projects being developed on their doorsteps.

Steve Courtoreille, the chief of Mikisew, said Monday that he did not know whether he would attend the meeting with Mr. Harper and his ministers. "But they will probably see us in a different forum with this [court] challenge they are going to be facing."

Mr. Courtoreille and George Stanley, the former Alberta vice-chief of the Assembly of First Nations who is representing Frog Lake, are in Ottawa this week to file the court documents. They took time Monday to visit with Chief Theresa Spence of Attawapiskat at the camp on an island in the Ottawa River where she is living out a hunger strike.

Earlier in the day, a four-month-old audit that found Attawapiskat has not properly accounted for millions of dollars of federal spending had been released to the media. The audit by Deloitte and Touche, at the request of the federal government, does not suggest funds were misappropriated. But it says the first nation had difficulty maintaining satisfactory records, particularly related to its housing projects.

In a letter to Ms. Spence dated last August, Deloitte partner Serge Desrochers says that proper documentation was lacking in 409 of 505 transactions examined to determine whether they complied with federal funding agreements. A 2011 audit of the community's books also found numerous irregularities in the way money was handled.

Ms. Spence said in a statement on Monday afternoon that the release of the audit was aimed at discrediting her and her cause. "I remain steadfast on my journey and will not allow any distractions at this time to waver [from] the goal set forth," she said.

Approximately $104-million was paid to the first nation between April, 2005, and November, 2011 – mostly for education, health, social services, water and housing. But many of the roughly 1,500 residents live in abject poverty.

Meanwhile, Robert Janes, a lawyer for the two Alberta first nations, said his clients are challenging budget Bill C-45 and it predecessor, Bill C-38, legislation that significantly reduces the number of federal environmental assessments and cuts the number of waterways protected by the Navigable Waters Protection Act.

When the treaties were signed, the first nations asked the government whether they would have to give up their traditional way of life, especially the hunting, fishing and trapping that they did outside their reserves, Mr. Janes said.

"And the government said, 'Absolutely not. In fact, we are here to protect your way of life,' " he said. "So these first nations are upset that the protections that they have had for these rights from the federal government have essentially been significantly watered down, if not effectively gutted."

Katherine Hensel, a Toronto lawyer who last year was successful in challenging the government's decision to impose a third-party manager on Attawapiskat, said Monday that treaty-rights cases launched against the government have a good chance of being decided in favour of the first nations.

But, when it comes to protests, some courts are ruling against the first nations.

Ontario Superior Court Justice David Brown granted an emergency injunction to CN Rail last weekend, ordering the end to a blockade of the main line between Toronto and Montreal.

In an unusually forthright judgment, Judge Brown said he was astonished that it took police 10 days to stop a blockade near Sarnia, Ont., after he issued a similar order in December. "As a judge," wrote Judge Brown, "I make an order expecting that it will be obeyed or enforced."

Have you joined the Idle No More movement? Tell us how and why you are participating. 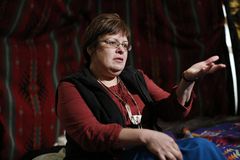 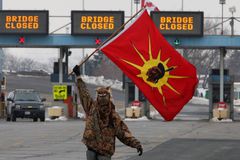 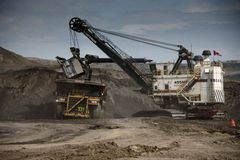 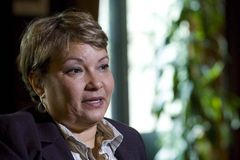 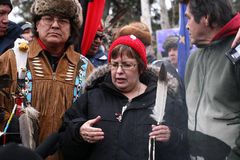