Liberal Leader Justin Trudeau spoke for the second time to thousands of party supporters gathered in Montreal for the Liberals' biennial policy convention. It's his first such gathering as leader, and the last the party will have before the next election. Here are the five most important moments of the speech. 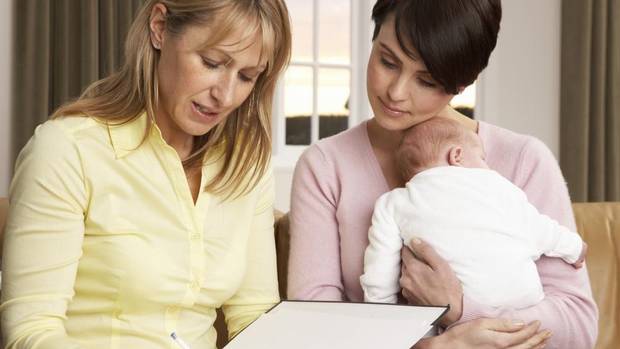 She is the newest recruit to the Justin Trudeau Liberals – although she is totally made up. Mr. Trudeau used her in his speech Saturday as a literary device to contrast his policies with that of his opponents, the Harper Tories and Mulcair NDP. “Nathalie” has two children, a spouse, a $40,000 a year job, she sits in traffic, “often on the Champlain Bridge,” works in an office in old Montreal or a retail outlet on Ste.-Catherine St.  and she cuts up oranges into wedges for her daughter’s soccer team, he said. She has family and friends, but she’s worried. “She’s anxious about her future, probably even more so for her kids’ future,” he said. Mr. Trudeau says he doesn’t want to add to “Nathalie’s” anxiety or resentment the way his opponents – Stephen Harper and Thomas Mulcair – will. So, he laid out his vision so far for a Liberal economic future. He said “sustained growth is the only route to balanced budgets over the long term.” This means that if he formed government he would invest in education and infrastructure. He also said he would there would be no tax increases for the middle class – but unlike the Tories he did not talk about tax cuts. So, fake “Nathalie” and other Canadians can see that he has chosen a different lane than the Harper Tories, who are preaching balanced budgets and tax cuts. (The name “Nathalie” was chosen because it works well in both French and English. Mr. Trudeau, apparently, spent a lot of time thinking about where she would work as he noted that she had to take the Champlain Bridge to work – and he wanted it all to make sense.) 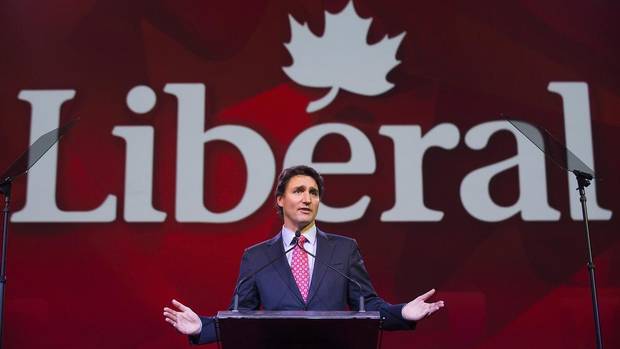 Justin Trudeau used his speech Saturday to pivot off the youth and energy of the convention. He didn’t look back at the past accomplishments Liberals love to brag about (balanced budgets or not joining Americans in Iraq). Rather, he looked ahead, describing the government he wants to lead and the choices Canadians will have for the 2015 federal election. 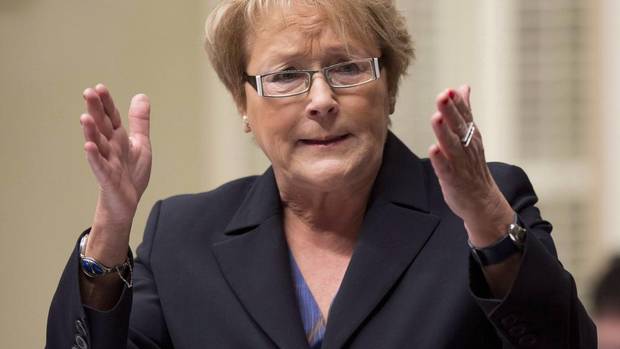 Mr. Trudeau likes to contrast what he believes is his hopeful, optimistic approach with the so-called divisive approach of his opponents. “Like Mr. Harper, Mme. Marois [Quebec Premier Pauline Marois] practises a divisional policy,” he told Liberals in his speech. “Negativity cannot be this country’s lifeblood,” he said at another point in his remarks. Then there was this line about Mr. Mulcair and Mr. Harper: “Both of our opponents feel, for their own reasons, that the angrier Canadians get, the better they will do." His audience loved it. 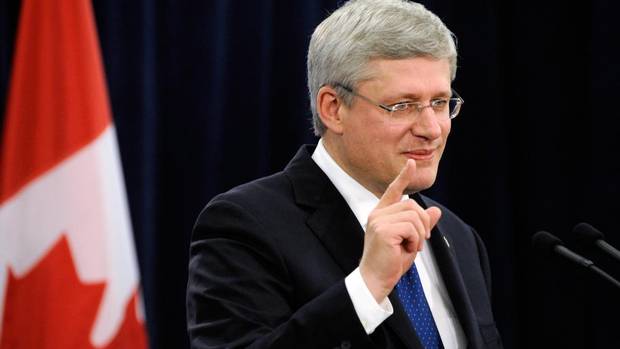 Harper Conservatives and the big tent

For a speech billed as a substantive economic speech, Mr. Trudeau devoted a big chunk of time to reaching out to the Harper Tories as a way of trying to bring back and attract some new voters. Call it “big tent messaging.” He also put his own spin on Mr. Harper’s leadership. “People in Ottawa talk about the ‘Conservative base’ as if it is some angry mob to be feared,” he said. “They’re wrong. As all of you know, the 5.8 million Canadians who voted Conservative aren’t your enemies. They’re your neighbours.” He spoke about how he has been welcomed with warmth and respect into Conservative communities. He believes many Canadians who voted Conservative are now growing “weary” of this government ( as the latest polls suggest). He accused the Prime Minister of abandoning his principles, mentioning the issue of income splitting – an election promise that Mr. Harper now seems less enthusiastic about. “Last week, in full view of the nation, the Prime Minister threw his own idea of fairness under the bus,” said Mr. Trudeau. “And why? Because he has thought it through and changed his mind? No, he did it for one reason and one reason only: He no longer thinks it will help him get re-elected,” said Mr. Trudeau. 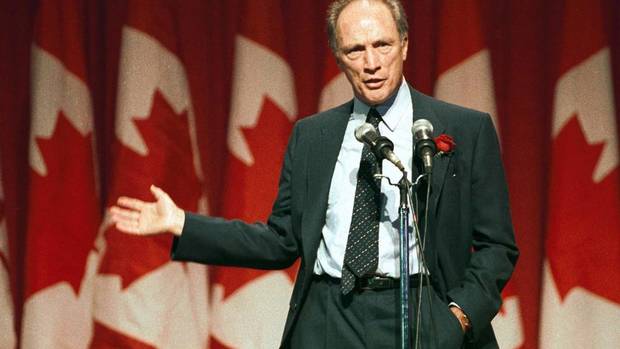 Mr. Trudeau tries to avoid comparisons with his late father, former prime minister Pierre Trudeau. In fact, at a reception to help female candidates on Friday night, the host attempted to put a rose in Mr. Trudeau’s lapel as he finished his remarks. He gracefully resisted, obviously not wanting to sport his father’s signature look. In his speech, however, he made reference to his father’s signature phrase a “Just Society.” He said “fairness was at the heart of that argument.” “He devoted his entire life to that principle. Wrote about it, thought about it, promoted it every chance he got. Heck, some say he even named his first born child after it,” said Mr. Trudeau.