Stressing the importance of turning off the spending taps on time, Finance Minister Jim Flaherty is playing down concerns that cities and provinces won't meet Ottawa's March deadline for the completion of multi-billion-dollar stimulus projects.

Mr. Flaherty spoke to The Globe and Mail in Toronto, where he toured the construction of the Art Gallery of Ontario's new Weston Family Learning Centre, a project that received $7.5-million in stimulus funding and is on time so far.

Earlier Monday, Parliamentary Budget Officer Kevin Page released a report warning that as of March 31, 2010, only 24.5 per cent of the projects approved as part of the two-year, $4-billion Infrastructure Stimulus Fund were complete.

Mr. Flaherty also declined to speculate about possible extensions for projects delayed by extenuating circumstances such as Saskatchewan's flooding, stressing the need to get back to balanced budgets.

"We want to end the stimulus. We need an exit strategy: It [March 31, 2011] isn't an arbitrary date. This was, from the beginning, two years. That was our commitment in the G20, in the leadership of the G20."

Mr. Page's report lays out three possible scenarios ranging from optimistic to pessimistic as to what could happen when the nearly $4-billion federal infrastructure stimulus program ends on March 31, 2011.

The Harper government has long warned that the unprecedented spending package comes with a use-it-or-lose-it clause, meaning that projects that are not "substantially" complete by the end of the current fiscal year will not receive their promised federal money.

The projections are based on an economic model created by the PBO. The report notes that because there is a gap between the actual start of some construction projects compared to when they were initially projected to begin, there is a risk that some projects will not meet the deadline.

Most infrastructure projects currently underway are being financed through a mix of municipal, provincial and federal money.

Ottawa set the deadline as a way of ensuring the stimulus money entered the Canadian economy when it was needed most, rather than after the economy had recovered from the recession.

In an interview last week with The Globe and Mail, Canadian Federation of Municipalities Chief Executive Officer Brock Carlton said there is a risk of some projects missing the deadline but added that the program is going well over all.

"We know the stimulus program is working. We know where we're at. Our concern now is what's going to happen afterwards... when the stimulus is over," said Mr. Carlton.

As for the delays, he said the risk of lapsed funding is highest in Saskatchewan, where projects have been delayed due to flooding.

"We understand there are different issues in different places across the country. Not all projects are in trouble," he said. "Saskatchewan is the most obvious case, where the weather has caused significant delays and we know that the federal government and provincial governments are working together, monitoring the situation, engaging the municipalities to understand the context so that if flexibility is required as we move toward the end of this construction season, at least the federal government will be able to make an informed decision and obviously we hope that they would agree to make the extensions because of the particular situation there [in Saskatchewan]"

When asked of there will be calls for extensions from municipalities outside of Saskatchewan, Mr. Carlton indicated that was a possibility.

"There are other places where projects are behind for a variety of reasons and we've always been calling on the federal government to engage in conversations where delays are caused by situations that are beyond the control of municipalities," he said.

Rebecca Thompson, a spokesperson for Transport Minister Chuck Strahl, said the PBO report is based on data from January and February of this year and does not reflect the "massive amounts of construction" that are underway this summer.

"More than 56 per cent of the reported projects are actually ahead of schedule in terms of their construction and these projects will be completed earlier than planned," she said in an e-mail. "The government is working with our partners to monitor projects that are at risk of not completing on time."

The issue of what should happen when the two-year stimulus program ends is growing into a key political question. Liberal leader Michael Ignatieff recently mused that he would be open to extending the stimulus if needed. Prime Minister Stephen Harper and Finance Minister Jim Flaherty have said they are monitoring the issue, but have suggested further stimulus is unlikely.

"It's a really a question of, at the end of stimulus, what's next?" said Mr. Carlton. "Because turning the tap off and going to an off-loading, budget-cutting scenario is just going to move us all backwards into a greater infrastructure deficit at the municipal level and greater off-loading in the way that happened in the 1990s."

There's a smarter way to end this stimulus
August 9, 2010 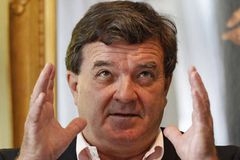 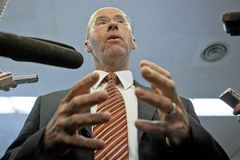 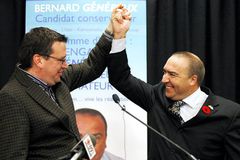 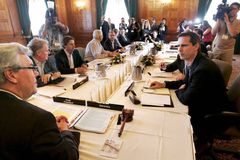 Follow Bill Curry and James Bradshaw on Twitter @curryb @jembradshaw
Report an error Editorial code of conduct
Due to technical reasons, we have temporarily removed commenting from our articles. We hope to have this fixed soon. Thank you for your patience. If you are looking to give feedback on our new site, please send it along to feedback@globeandmail.com. If you want to write a letter to the editor, please forward to letters@globeandmail.com.
Comments