Nearly a year after the death of her husband, Jack Layton, New Democrat MP Olivia Chow embarked on an Arctic river adventure – as she'd done with Jack in the past – to find solace and contemplate life without her soul mate. Here is her journey, in her words.

An hour by float plane out of Norman Wells in the Northwest Territories, we are flying just high enough to clear the Mackenzie mountain range at 2,700 metres, and descend to Dusty Lake. It's an awesome sight – but nothing compared to what lies at ground and water level below.

I was embarking on a 12-day whitewater canoe trip on the wild Mountain River. Dropping 1,200 metres just south of the Arctic Circle, it is a spectacular run of water with canyons, high peaks and challenging, never-ending Class-3 rapids.

My soul mate Jack Layton and I had been on similar trips on the Nahanni and the Alsek rivers with Neil Hartling's Nahanni River Adventures in Julys past. We had celebrated Jack's birthday surrounded by icebergs, rushing down rivers and singing by the campfire. For Jack's birthday this year, to continue the tradition, I picked this remote, isolated and adrenalin-pumping expedition in celebration of the life Jack and I had together. But I also wanted to retreat into awe-inspiring wilderness to ponder life without him.

The pondering didn't last long – we hit the first set of C3 rapids, and the sheer terror of being rushed by the currents into the jagged canyon wall took hold. The relief of missing the rock face, by mere inches, eventually calmed my pounding heart.

But there were six more canyons to come, my guide and canoe partner, Jamie, told me. The saving grace was that Jamie had paddled them many times without fail. My anxiety subsided slightly with that assurance, and with my calculation of how long I would last in a three-millimetre wetsuit in freezing water before suffering hypothermia.

Not that there was a choice. Even when it wasn't spilling down a steep decline, the Mountain River carried us at a rate of 11 kilometres an hour.

Soon I noticed Jamie was ferrying across the waves on an angle, rather than hitting them straight on. A less dramatic roller-coaster ride, but we took in less water in these narrow passages. At times we were simply unable to bail because we couldn't put down our paddles: The non-stop rapids kept coming at us with full force.

Competing with the excitement on the water was the greeting of two teenage grizzly bears who stood up twice to take a look at these humans taking photos of them. Should I stop shooting video and paddle away, or put my life at risk? Was it chowtime for grizzlies? My wondering was abruptly stopped by the appearance of the much bigger mother bear, who luckily shooed her children (and not us) away.

By late afternoons, we arrived at camp sites with a light breeze so there were few of my favourite companions, the mosquitoes. Then it was a lesson in identifying tracks: Bears or foxes, and were they fresh? What about the antlers on the ground: Moose or caribou?

Then came some "tough" choices: Which spot should I pick to charge my solar panels, on multicoloured-patterned rocks or on beautiful arctic wildflowers and driftwood? How many excellently poached-and-sauced eggs Benedict served with fresh fruit should I have? How much chilled (in the ice-cold river) wine with perfectly grilled Arctic char should I consume? Which novels to read on my iTouch, while secure and dry in the high-quality tent?

The intensity of the ride, the quiet yet grand splendour of the North and the material comforts in the harsh and wild environs had all succeeded in helping me look forward with renewed confidence. Would I be able to conquer the next set of rapids without capsizing?

Over the course of 12 days of wonder on Mountain River, I survived. I know I can go on. I know I can tackle whatever comes my way. 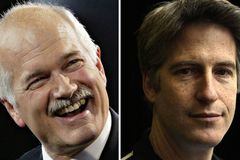 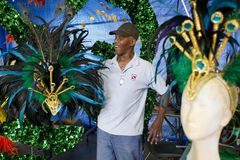 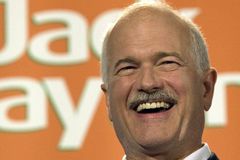