Economists have once again lowered their expectations for growth in 2016, adding pressure on federal finances at a time when party leaders are crisscrossing the country promising billions in new spending and tax cuts.

How to boost economic growth has become a central theme of the federal election campaign. Conservative Leader Stephen Harper maintains the economy is poised for "good growth" in the coming years after a recent slowdown. While NDP Leader Thomas Mulcair is promising to balance budgets, he argues the Conservative record has hurt growth and a change is needed. And Liberal Leader Justin Trudeau wants aggressive intervention to stimulate the economy, even if it means running short-term deficits.

In its September survey of 15 economists – including at the big six Canadian banks – Consensus Economics found the average forecast for Gross Domestic Product growth in 2016 slipped to 2 per cent, down from 2.1 per cent in August and 2.2 per cent in July. The forecast for 2015 remains unchanged at 1.1 per cent, which is well below the 2-per-cent growth projected in the Conservative government's April budget.

The growth forecast is important because all three major political parties are struggling to determine what to use as a starting point for their multiyear election promises. Those promises will start in 2016 with the first budget from a newly elected government after the Oct. 19 election.

The April federal budget forecasted five consecutive years of small surpluses based on the assumption the economy would grow by at least 2 per cent a year over that period. A rule-of-thumb analysis in the budget provided by Finance Canada said a one-point decrease in GDP compared with what was forecast would trim between $4.1-billion and $5.2-billion from the government's bottom line.

The budget also predicted prices for North American crude would climb to $75 (U.S.) by 2017.

Citigroup economist Dana Peterson does not expect that kind of rebound in oil prices, which is partly why she is at the more pessimistic end of the September survey.

Ms. Peterson projects oil prices to stay below $50 a barrel through 2016 before reaching an average of $60 in 2017. That, combined with the likelihood of a slowdown in the global economy that will hurt Canadian exports, is why she is forecasting growth of just 1.4 per cent next year.

"I think the risks are to the downside," she said in reference to oil prices, noting that Citi's "bear" forecast is for oil to average $40 in 2017. "That [risk] is something that members of the various parties should factor in."

The survey was conducted on Sept. 7, the week after Statistics Canada reported the country started 2015 with two consecutive quarters of negative economic growth, meeting the definition of a technical recession. Concerns about a China-led global slowdown, changing Canadian demographics and persistently low oil prices are among the reasons that next year is not looking as bright as had previously been hoped.

So far, no one leader's message on the economy is emerging as the winner with voters, polling suggests. Thursday's federal leaders' debate on the economy has had little effect on party standings, with the three main parties still locked in a virtual tie at around 30 per cent each and one month to go until the vote, according to Globe and Mail/CTV/Nanos nightly tracking.

The NDP is the only major party to release specific numbers for its projected bottom line over the coming four years, promising to run surpluses every year. However, the party has faced skepticism over the fact that those projections are based on April's budget numbers, which are considered out of date.

The NDP had earlier criticized the April budget projections as "extremely artificial" in part because the Conservatives shrunk the size of the contingency fund, an annual set aside for events such as lower-than-expected growth. Yet the NDP's platform is built on those budget numbers.

Former parliamentary budget officer Kevin Page, who recently described the NDP costing plan as a "thin document," is organizing a discussion on the economy Tuesday evening with the NDP Leader at the University of Ottawa.

The Conservative Party has so far declined to say whether it will update its revenue forecasts when the party platform is released.

Liberal candidate John McCallum said the Liberal platform will look to incorporate more recent data, such as forecasts from the Bank of Canada or private-sector economists.

Technology, politics and the remaking of the Canadian economy
Subscriber content
September 21, 2015 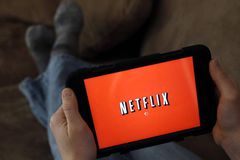 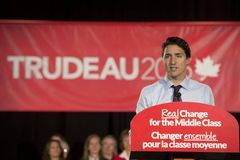 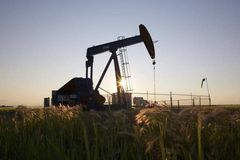