Foreign Affairs Minister John Baird doesn't want to see pieces of his department's art collection sold off, but dozens of official residences that often display such works are still facing the axe.

The Department of Foreign Affairs and International Trade won't say yet which pieces of real estate it's about to cut loose, but documents show officials had been red-circling 40 different locations.

Elsewhere this week, visa services in Canadian embassies in Germany, Japan, Iran, Malaysia and Bangladesh were shuttered. Four consulates in the United States in Anchorage, Philadelphia, Phoenix and Raleigh-Durham are also closing.

It's part of $168-million in budget cuts to Foreign Affairs over three years. On Monday, Baird stopped a plan to sell 22 of the department's most valuable paintings.

The federal budget said that the department would generate $80-million by closing some official residences, but declined to name which ones. When asked for details on the closures, foreign affairs spokeswoman Aliya Mawani said in an email: "If, or when we have anything further to announce, we will."

The department has rarely publicized its sale of some of the foreign service's most historic residences abroad.

But it's clear that the department has been planning the cuts for some time. A 2010 memo, obtained by The Canadian Press under the Access to Information Act, shows senior bureaucrats planned to sell 40 official residences and replace them with "staff quarters."

Deputy ministers had asked staff who represent the various regions of the world to identify diplomatic locations that could be downgraded. Some of the savings would go toward beefing up hospitality budgets "where appropriate" for missions that found themselves suddenly without a place to entertain.

The memo, by then chief strategist Deborah Lyons, says selling 40 official residences would save roughly $40 million to $60 million, taking into account the fact that replacing them would cost only 30 per cent less than the value of the residences, then reducing the estimated savings by half, "given the unknowns."

The sale of residences and the sale of the artwork were both part of a "New Business Model" being put together with the department.

The department was unable to comment on the memo. The $80-million in identified cuts is more than originally outlined by Ms. Lyons' description of 40 residences.

Foreign Affairs experienced a tough lesson in unknowns when it recently sold Strathmore, Canada's historic official residence in Dublin, Ireland. PostMedia News reported last fall that Foreign Affairs made $17.6-million from the Strathmore sale when officials pushed ahead during the economic downturn, making much less than the $25-million hoped for.

Canadians might also be unaware that the department sold a heritage home it owned in Stockholm, Sweden. The home, located on one of the many islands that make up the city, was built by famous Swedish industrialist and Nobel Prize winner Gustav Dalen more than a century ago.

Former ambassador Lorenz Friedlaender says it made it easier to persuade movers and shakers to come meet with him.

"Dalen was somebody the Swedes learned about in school, so the chance to go to the house which he built and where he lived is something that people really liked," he said.

Mr. Friedlaender says he can see the pros and cons of selling official residences, and notes it's the prerogative of the government to make those types of financial choices. But he says it's clear international leaders of society and business have certain expectations.

"Would you have a [Canadian]cabinet minister go to an ambassador's house in a bungalow in South Keys?" Mr. Friedlaender said, referring to a non-descript residential neighbourhood outside Ottawa's city core, dotted with strip malls.

He says during Hungary's transition to democracy, he was hosting about 5,000 people a year, including the president and the head of the national bank. Mr. Fraser said that he was able to have direct contact with high levels of the government at a time when Hungary was looking at joining NATO for the first time, and as Canadian companies wanted to invest in the country.

"An official residence is set up in such a way that you can receive these people and by having ... [it]well looked after, with Canadian artwork, you give the impression of authority to your position."

But the system has its critics. Gregory Thomas of the Canadian Federation of Taxpayers says a certain "old-school thinking" persists on the level of resources required for the foreign service, equating it with insatiable needs of the Canadian Forces.

"I think the process is being supervised by career diplomats at the highest levels in Foreign Affairs, and I they're making prudent decisions about it," Mr. Thomas said.

"I don't expect to see us parting with our place on Pennsylvania Avenue or our place on Trafalgar Square any time soon."

Canada's former ambassador to the United Nations, Paul Heinbecker, says if the government can spend as much on $25-billion on fighter jets, it can afford to spend on diplomacy, which he says is just as vital to Canadian security.

He warns of a situation where the government makes foreign policy declarations, but actually exerts no influence abroad.

"You've got to get to know the right people and as many of them as possible and as quickly as possible in order to advance Canadian interests," said Mr. Heinbecker, director of the Laurier Centre for Global Relations.

updated
Not so fast: Baird calls off sale of valuable pieces of art
April 30, 2012 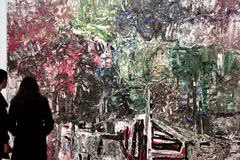 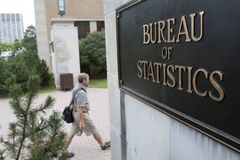 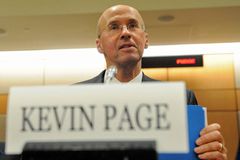 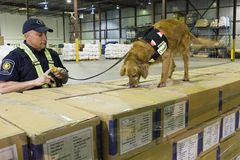 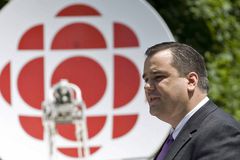 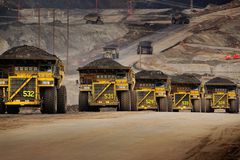