Former PMO lawyer Ben Perrin said he believed that Prime Minister Stephen Harper had personally approved the elements of a deal with Mike Duffy – which included having the Conservative Party keep the senator "whole" on questioned expenses.

Mr. Perrin said he understood the PM had given his go-ahead from an e-mail sent by Nigel Wright, Mr. Harper's then-chief of staff, after negotiations with Mr. Duffy's attorney on five points – the deal that led to Mr. Duffy going on TV to say he "may have made a mistake" and would repay the expense money.

Mr. Wright has said he wanted to speak to the Prime Minister before it was considered final, and later e-mailed that "we are good to go from the PM."

"My understanding from that e-mail is that the Prime Minister himself had approved of the five points that had been set out by Mr. Wright," Mr. Perrin testified at Mr. Duffy's fraud and bribery trial.

Last week, however, Mr. Wright testified that's not what the PM approved. He said he wanted the PM to understand the precedent being set by pushing a caucus member to repay expense claims they might not technically owe, as well as approve the media lines that were prepared.

Opposition critics had long maintained that the "good to go" was a signal that the PM had approved the deal with Mr. Duffy, and notably, the third of those five points: that there would be "an arrangement to keep [Mr. Duffy] whole on the repayment."

On Friday, Mr. Harper did not respond to questions about what his current staff knew, but said he himself had not known about any plan to cover Mr. Duffy's expense bill.

"The fact of the matter is that in February [2013], I told Mr. Duffy and Mr. Wright that I thought Mr. Duffy should repay his dubious expenses," he said. "I was told that he had done that, and it was not until May the 15th that Mr. Wright or anyone else ever told me anything to the contrary."

The Liberals joined the NDP Friday in asking the RCMP to expand its investigation by looking into messages sent to and from Mr. Harper's current chief of staff, Ray Novak. Liberal candidate Dominic LeBlanc sent a letter to the RCMP and the information commissioner, asking them to look into text messages and BlackBerry PIN messages sent and received by Mr. Novak.

Mr. Duffy's trial this week heard that Mr. Novak was present for discussions about a controversial $90,000 payment in 2013 by Mr. Wright, to cover the senator's questionable expenses.

At the time when the "five points" were discussed, Mr. Perrin testified, he thought that the party might pay for a small part of Mr. Duffy's expenses, if they could show he incurred costs while on party business.

Mr. Wright never told him that he had arranged for the Conservative Fund to cover Mr. Duffy's whole expense tab, then believed to be $32,000 – though the head of the fund, Senator Irving Gerstein, backed out when it emerged that the sum was in fact more than $90,000, and Mr. Wright instead paid out of his own pocket.

It wasn't the only time that Mr. Perrin was, in his words, "kept in the dark." He testified that he didn't know what Mr. Wright had discussed with Mr. Duffy, the Conservative Party, and other PMO staffers. "This was a situation I certainly felt blindsided by," he testified.

Mr. Perrin was, after all, a lawyer for the Prime Minister, the only legal counsel in his office, and Mr. Harper had delegated the authority to instruct him to four senior aides, including Mr. Wright and then-principal secretary Mr. Novak. When he acted on Mr. Wright's wishes in the Duffy affair, he testified, he was acting as a lawyer taking instructions from his client.

But Mr. Wright, while asking Mr. Perrin to deal with Mr. Duffy's attorney, Janice Payne, was also having direct conversations with Mr. Duffy.

"As counsel in the matter, I was clearly left in the dark. My client was not informing me about his discussions with the counter-client. So this was not the proper way to conduct a legal matter," Mr. Perrin told the court.

And he testified that he learned months after the events, when RCMP affidavits were made public, that Mr. Wright had told another PMO staffer, Chris Woodcock, that he would personally cover Mr. Duffy's expenses, on March 8, 2013, two weeks before Mr. Perrin was told.

He did feel concern, he said, when PMO staffers were discussing contacts with Deloitte, which had been contracted to audit the housing claims of senators. He said he only had vague information, but "was concerned that contacts were being made with the auditor other than through the principal." He said he had "cautioned" Mr. Wright that when an auditor has a mandate, they will complete it.

Mr. Perrin also said he objected when PMO staff wanted to advise Mr. Duffy not to co-operate with the auditors. Mr. Gerstein had learned that the auditors planned to say they could not determine whether his housing claims were valid because he had not co-operated, and Mr. Perrin said he thought it would be "unethical" to advise him to do something when they knew he would face blame.

Duffy trial threatens Conservatives’ ability to mobilize their base
May 15, 2018 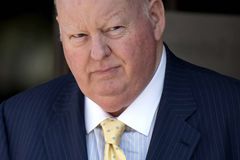 Why Harper’s chief of staff is so close to the PM – and why he might resign Subscriber content
May 15, 2018

Ottawa’s accountability problems start at the top, in the PMO
May 15, 2018 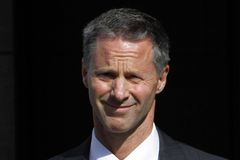