The Conservatives' gutting of one of their own MPs' bills last year was "tragic" and went against parliamentary tradition, the government's former whip and house leader says.

The comments came after the MP behind the private member's bill, Brent Rathgeber, killed it altogether this week despite a handful of Conservatives voting with him – and against the government's wishes – on an amendment.

Former whip and MP Jay Hill said Friday his party would have been better off voting down Mr. Rathgeber's bill altogether rather than ramming through changes against his wishes last year, a move that eventually led Mr. Rathgeber to quit the Conservative caucus entirely.

"I really believe – and it was an unwritten rule when I was in those positions – you don't amend a private member's bill at committee without the support of the sponsor. To me, that's sacrosanct. And to me, you look at what happened with Brent Rathgeber and his private member's bill, I thought that was tragic, to be honest," Mr. Hill told The Globe and Mail Friday, after speaking at the Manning Centre conservative conference in Ottawa.

Mr. Hill served as an MP from 1993 until retirement in 2010, and was whip and House leader for Prime Minister Stephen Harper. Mr. Hill used a speech to call for less bitter partisanship in Canadian politics, and in an interview afterward praised Liberal Leader Justin Trudeau for his efforts on that front.

On the subject of Mr. Rathgeber, however, Mr. Hill said the bill should have been voted down rather than forced through.

"I feel that's the principled way to go, instead of what happened with Brent Rathgeber, where the conservative majority on the committee amended his bill against his own wishes. I thought that was – well, I said the word tragic. I don't think that's the right way to do it," he said in an interview.

Mr. Rathgeber welcomed Mr. Hill's comments. In the end, Mr. Rathgeber managed to kill his own bill this week in what Speaker Andrew Scheer said "seems to be an unprecedented situation."

On Wednesday, Mr. Rathgeber tabled amendments to reverse some of the changes that had been rammed through. He lost those votes, some of them very narrowly after Conservative backbenchers joined with him. He then decided he couldn't stomach the bill as it stood.

The rules require, during the report stage, that the House "concur" on the bill, which Mr. Rathgeber believed meant a concurrence vote had to be called – and that he'd be the one who needed to call it. "This is the rare, rare instance where the only person who could procedurally, legally move concurrence didn't want to move concurrence," he explained.

He told the speaker he couldn't, in good faith, move to vote on a bill he no longer recognized. On Wednesday evening, the Speaker agreed – effectively, Mr. Rathgeber singlehandedly killed a version of his bill the Conservative majority was prepared to pass.

"There are many, many reasons. Some of them are no more complicated than I hate this bill in its current form," Mr. Rathgeber said, later adding: "The next reality is I'm embarrassed to have my name attached to a bill with the name transparency and accountability in it that promotes neither."

His bill, C-461, would have required salary disclosure of certain top bureaucrats. The Conservatives used a committee majority to significantly raise the bar for disclosure, ensuring all but a handful of bureaucrats' salaries would be kept secret. After the changes were made in a June, 2013, meeting, he quit caucus.

Mr. Rathgeber maintains the Canadian government should disclose salaries of highly paid bureaucrats. He tried to reverse some of the changes Wednesday before killing the bill, but was voted down. One vote was close – on an amendment that would have again lowered the salary disclosure bar, so any bureaucrat who earned more than an MP could have their salary released. Five Conservative MPs voted with Mr. Rathgeber – Rob Anders, Michael Chong, Peter Goldring, Brad Trost and John Williamson – as well as Dean Del Mastro, Mr. Harper's former parliamentary secretary who is currently not sitting with the Conservative caucus. The vote was defeated 138-135.

Mr. Chong has tabled his own private member's bill, the Reform Act, one that would loosen party leaders' grips on their caucus and give individual MPs and riding associations more power. It was that bill that Mr. Chong debated with Mr. Hill at the conference Friday.

Mr. Hill called on government to unanimously pass the bill at second reading and send it to report stage, though he said he personally would like to see several changes to it. Mr. Chong has said he's open to changes. While current House Leader Peter Van Loan has said Parliament is functioning better than ever, Mr. Hill said it's "nonsense" to suggest no improvement can be made.

In a speech at the conference, Mr. Hill also criticized the party leaders, including Mr. Harper, for allowing excessive partisanship in the House of Commons. The partisanship became more common during minority governments and "continued because the leadership that's there, with all of the parties, including the Prime Minister, has gotten used to that being the way it operates there," Mr. Hill said, challenging the party leaders to raise the level of discourse. One, Mr. Trudeau, has impressed Mr. Hill, a Conservative.

"I certainly support the efforts Mr. Trudeau has been making since he took over the leadership reins, to try and be a little bit less partisan. … I think we need more discourse like that from all the leaders," he said. 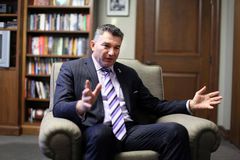 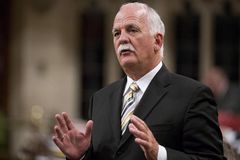 This is not the Golden Age of the Canadian Parliament
December 15, 2013 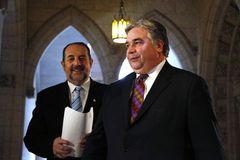 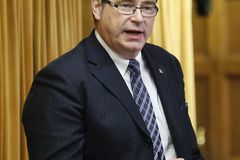 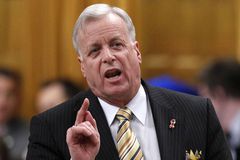 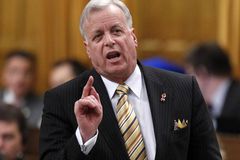