The minister's comments follow weeks of appeals from Western premiers after the Liberal government expanded EI benefits for struggling regions, many of which have been hit hard by slumping commodity prices.

Speaking to The Globe and Mail this week, Ms. Mihychuk said Edmonton, southern Saskatchewan, the B.C. interior and Yukon are very close to falling within the government's parameters for expanded EI coverage, in addition to the dozen regions already benefiting from the changes the Liberal government announced last month.

"There's at least four or more areas of the country in different provinces that are very close to falling within the realms of that criteria. Any decision about looking at expanding will have to be reviewed by Treasury Board, by Finance, and the decision would have to be made by government as a whole," said Ms. Mihychuk, who did not indicate when a decision would be made.

Under the changes, jobless Canadians in 12 regions are entitled to five additional weeks of EI benefits, from 45 to a maximum of 50 weeks, while long-tenured workers can access EI for up to 70 weeks, up from the prior cap of 50. The regions are Newfoundland and Labrador, Sudbury, Ont., Northern Ontario, Northern Manitoba, Saskatoon, Northern Saskatchewan, Calgary, Northern Alberta, Southern Alberta, Northern British Columbia, Whitehorse and Nunavut. Unemployment rates increased in these areas by two percentage points or more for a sustained period between March, 2015, and February, 2016, compared with the lowest point between December, 2014, and February, 2015, without showing signs of recovery, according to the federal budget.

However, questions were raised about why some regions suffering from the commodity slump, such as Calgary, were included while others were not. Saskatchewan Premier Brad Wall said he pushed Prime Minister Justin Trudeau in a meeting on Wednesday to re-evaluate his decision and consider the needs of workers in southern Saskatchewan.

"I asked him if he would reconsider the decision on the employment insurance extension. … In our case, they missed southeastern and southwestern Saskatchewan, where there's a lot of oil workers," Mr. Wall told reporters after the meeting. "I take him at his word that they're still open to the possibility of extending those benefits."

Speaking to reporters on Sunday in Kananaskis, Alta., Premier Rachel Notley said she expressed concerns about the exclusion of Edmonton workers to Mr. Trudeau, who did not make a clear commitment on the matter.

"It was an opportunity to educate, to make our point, to make the point on behalf of Albertans with respect to the EI issue. And I think it was well heard. And they understand that we will be continuing to talk a great deal about that issue going forward," Ms. Notley said.

At the end of March, Mr. Trudeau said the government would continue to review and monitor other regions of the country facing economic hardship. Ms. Mihychuk said the monitoring is ongoing and that new employment statistics to be released by Statistics Canada next week will influence the government's decision on whether to add regions to the list of those where EI benefits were boosted.

"We're looking at how well communities are recovering. Are they still struggling? Are people engaged in the work force?" Ms. Mihychuk said.

The minister said the government is also working to enhance the online federal job bank and provide Canadians with other advice on where to look for jobs as a part of a broader review of EI.

"There's so many different programs that are under review and modification. It's like a little bit daunting to express them all."

A major part of that review will deal with the long waits at EI call centres across Canada, which often exceed 10 minutes. Callers also have complained about getting an automated message that says the centres are experiencing a high volume of calls. According to the department, the government will retain 166 call centre agents that would have been lost in the previous government's cuts, and hire an additional 338 agents during the 2016-2017 fiscal year, a 50 per cent increase over its capacity in recent years. 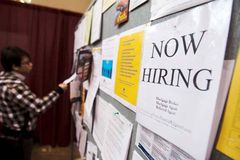 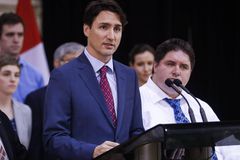