The federal government is dismissing rumours that it will soon announce the sale of a world-renowned freshwater research station in Northern Ontario to private interests.

But a group formed to preserve the Experimental Lakes Area is skeptical.

The Coalition to Save ELA, which includes some of Canada's top environmental scientists, said Friday it has been informed that the federal Department of Fisheries and Oceans (DFO) is on the verge of transferring the 44-year-old facility near Kenora, Ont., to a private-sector operator. The group did not name the alleged buyer.

Gail Shea, the revenue minister who is filling in for Fisheries Minister Keith Ashfield while he recuperates from a heart attack, fired back by saying the message of the coalition is misleading "and their claim that a deal is imminent is absolutely false."

But Diane Orihel, the director of the Coalition to Save ELA, is not convinced.

"Of course DFO would say that because this deal is being made behind closed doors, concealed from public scrutiny," said Ms. Orihel, a PhD student who does freshwater research.

And if the minister's statement is true, she said, the department should be asked why it is not close to a deal. "They say they are working hard to transfer ELA to a new operator," she said, "so what is the evidence?"

The ELA, consisting of 58 small lakes and their drainage areas, has helped scientists address critical water problems like acid rain and excessive algae growth, and learn more about issues such as climate change and mercury in fish.

But the DFO says it no longer falls within its mandate.

The government says it is willing to transfer ownership of the 3,700-square-metre facility – which includes 19 buildings, some of which have recently been upgraded – for $1.

If a buyer is not found by March, the ELA will be closed.

"So if no deal is imminent, then does that mean DFO will send the bulldozers out to the ELA next spring?"

Handing over the ELA to a private corporation or organization is an unacceptable option, she said.

In an open letter sent Friday to Environment Minister Peter Kent, the members of the Coalition to Save ELA board said that unless the facility remains funded by the government and staffed by public-service scientists, its research priorities will cease to reflect public policy priorities or serve the public interest.

Transferring the ELA to private interests, they write, will "change the focus of its research, the perception of the science, the ownership of the scientific data, and the communication of findings to the scientific community and the Canadian public."

The group wants Mr. Kent's department to take over responsibility for the facility.

It argues that the work conducted at the ELA meets many of Environment Canada's priorities. The minister has previously rejected a similar plea.

The transfer of the research facility to another operator is expected to save the federal government about $2-million annually.

But closing the facility entirely could cost tens of millions of dollars because an agreement with the Ontario government requires all the lakes to be remediated to their original pristine condition.

Officials with Ontario's Ministry of Natural Resources said Friday said they were unaware of any formal proposal to take over the ELA and that every offer to purchase it would be examined on its own merit. 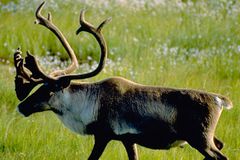 Canada on notice as Obama muses about climate change
May 9, 2018 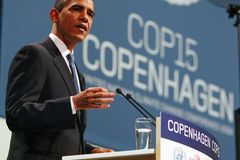 Supporters of freshwater research centre ask Environment Canada to take over
May 9, 2018 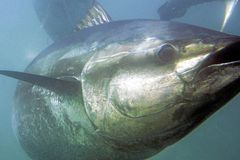 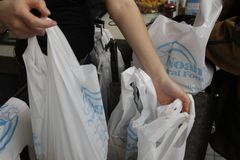 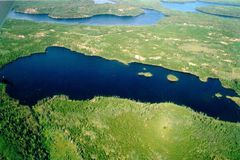