Jennifer Hollett, the former MuchMusic VJ and now digital strategist, and Linda McQuaig, journalist and author, are the NDP candidates in the two federal ridings located in the heart of downtown Toronto – and right now, they are basking in an orange glow emanating from Rachel Notley's Alberta.

Canvassing in their ridings of Toronto Centre and University-Rosedale, both women have noticed a change in the reception at the door since the New Democrats' upset win in the Prairie province in May.

"It kind of opens things up and suddenly people are looking at you differently," says Ms. McQuaig, who is running in Toronto Centre. "While the pundits were all going on about whether or not it would make a difference outside of Alberta, you could feel it immediately at the door … there was a sense we couldn't win. That feeling has gone."

Says Ms. Hollett, the University-Rosedale candidate, who was in Alberta helping the Notley crew: "This was just a reminder that anything is possible. The NDP toppled a Conservative dynasty … there is a sense of momentum coming off of that."

The idea that the NDP in Alberta could play a role in deciding the outcome of the federal election in downtown Toronto – traditionally a Liberal stronghold – may seem astonishing. But the polls reflect that swing.

Ipsos Reid came out with a new poll recently showing Thomas Mulcair and the NDP poised to form government, taking the lead over the Conservatives and Liberals. It shows, too, a tight three-way race in Ontario, which has gained 15 new seats under redistribution. It is considered the battleground for the fall election.

For Justin Trudeau and his federal Liberals, the polls spell trouble. They need to win in the province, and especially hold on to downtown Toronto, which is their ground zero.

"Right now, the Liberals have to be looking at the electoral map and thinking, if Toronto is not a base of support, it's going to be a very unhappy election," says Nik Nanos, chairman of Nanos Research.

In the two core Toronto ridings, the race is between the NDP and Liberals; the Conservatives are not considered a threat. A senior Liberal strategist says the party's numbers indicate that in nearly 60 per cent of the ridings they represent now, they are fighting head to head with the Tories; in about 30 per cent of their ridings they are fighting the NDP. There are only about three ridings – in the Niagara area and in Hamilton – where the battle is between the Tories and NDP, according to the strategist.

As the NDP moves up in the polls, so does the amount of worrying among some Toronto Liberals, however. Under redistribution, the old Toronto Centre, which has been Liberal since 1993, has been split into two, producing the new riding of University-Rosedale.

Chrystia Freeland is the Liberal MP for Toronto Centre, having won it in a by-election in 2013. She beat Ms. McQuaig, who is now running against Liberal Bill Morneau, a wealthy businessman and a Trudeau star candidate, in Toronto Centre. Ms. Freeland is running in University-Rosedale against Ms. Hollett.

The new Toronto Centre has lost the affluent Rosedale neighbourhood but the poorer areas, including Regent Park and St. James Town, are still part of it. Mr. Morneau, who is touted as finance minister material, says that his volunteer work with street youth and in health care, for example, "seems to be well-received."

Ms. Freeland is also a Trudeau star. The journalist and author has lived and worked internationally; her fortes are economics, income equality and international affairs.

But there is criticism of her among some veteran Liberals, who fear she is tone deaf to local issues. One of her critics says she is too focused on international issues – and not those of her riding.

Ms. Freeland dismisses this. She notes that she lives in the riding, her three children attend school there and says she's engaged in the issues. Besides, she believes she has brought an "international profile" to politics, which is "a plus for a federal MP."

The NDP believes the Liberals are being hurt by their support of the Conservatives' new security legislation, Bill C-51. Mr. Mulcair opposed it, even when it was highly popular in the wake of the terrorist attacks in Ottawa and Quebec.

A senior NDP strategist says the party's opposition to it (and the Liberal support for it) has been "massive for us in Toronto" as it works with the narrative that Mr. Trudeau lacks leadership, strength of conviction and is not living up to Canadians' political expectations.

Ms. Hollett says the issue has become an "incredible talking point" at the door. And Ms. Freeland acknowledges the Liberals haven't done a good job of explaining why they passed it – and then how they would amend it if they formed government: "This is on us. We need to explain to people what our position is," she says. 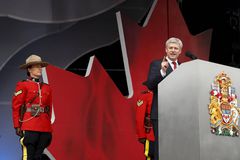 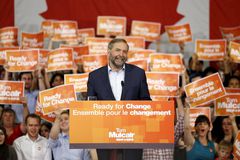 The Tories are spooked by the NDP’s rise, but they’re not panicked
June 18, 2015 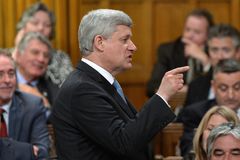