It's safe to say Kibrom Debru will have an unhappy holiday.

He'll spend it firing seven of his eight staff, scrounging for rent and staring dazedly at his new office space wondering how on earth he'll afford it.

"We're really in a grave stage," said Mr. Debru, executive director of the Eritrean Canadian Community Centre, one of the several Ontario-based immigrant agencies broadsided this month by letters from the federal government announcing funding cuts totaling $53-million. "All the things that we have been building in the last three years will be lost."

Those sentiments reverberated throughout Ontario, British Columbia and Nova Scotia on Thursday, as immigrant settlement agencies in those provinces awoke to an austere new reality accompanying Canada's shifting immigration patterns. The tide of immigrants surging into Canada is spreading out, flowing into ports of call beyond the time-honoured M.T.V. - Montreal, Toronto, Vancouver - and Ottawa is redistributing federal funding accordingly, says Citizenship and Immigration Minister Jason Kenney.

"Ontario deserves fair funding but so do immigrants in other provinces," Mr. Kenney said, noting that the number of immigrants moving to Ontario dwindled from 140,000 in 2005 to 106,000 last year. Ontario now receives about $3,400 per immigrant in settlement services, while the other provinces, except for Quebec, get about $2,900 per newcomer, Mr. Kenney said. The current funding formula is based on 2005 immigration levels.

The cuts in Ontario alone - more than $43-million worth - could prove fatal for a number of agencies that help settle immigrants. Based on assurances of continued funding from Citizenship and Immigration Canada, Mr. Debru renovated his headquarters and filled it with computers. Now he's being told he doesn't meet federal criteria. His current CIC funding will run out in April.

"We cannot keep the space that we are in," he said. "We cannot pay the rent."

Several other Toronto-based agencies are facing a similar fate. The South Asian Women's Centre, Ethiopian Association, Afghan Association of Ontario and Bloor Information and Life Skills Centre are all suddenly facing budget shortfalls of 70 per cent or greater.

Mr. Kenney's provincial Ontario counterpart, Eric Hoskins, was "shocked and disappointed" at news of the deep cuts and strongly disagreed with the argument that Ontario gets a disproportionate amount of funding. He said Ottawa removed Quebec in its calculations. With Quebec included, Ontario has 45 per cent of newcomers and 46 per cent of funding, he said.

"This is more than a recalibration," said Dr. Hoskins. "These are drastic cuts."

Funding to B.C. will drop by $8.5-million, though it's unclear how that will affect individual agencies. In B.C., federal cash for settlement agencies filters through the provincial government. The number of permanent residents in B.C. has fluctuated over the past five years, from a peak of around 45,000 in 2005 to about 39,000 two years later. Last year, the province had 41,438 permanent residents, according to a Citizenship and Immigration Canada report.

"We have not actually seen a drop in clients," said Chris Friesen, of the Immigrant Services Society of B.C., one of the largest immigrant service agencies in Canada.

An increase in demand from temporary foreign workers has offset a slight decline in the number of permanent residents, he said. The agency provides programs for about 23,000 immigrants. The numbers have been relatively the same for the past few years, he added.

Mr. Friesen speculated that the shift in federal funding may reflect the results of a strategic review of services recently completed within the federal department.

In Manitoba, where an aggressive provincial nominee program has boosted the influx of newcomers over recent years, agencies are unsure whether the federal redistribution might also boost their budgets. "Any cutbacks anywhere in the country make me nervous," said Marty Dolin, executive director of Manitoba Interfaith Immigration Council.

Like B.C., Manitoba agencies rely on federal dollars filtered through the province.

Mr. Dolin suggested the cut may have another purpose: to break down Toronto's patchwork of ethnocentric immigration agencies. In Manitoba, two agencies deal with virtually every newcomer; in Toronto, dozens of groups work towards the same goal.

"If they are making the system more efficient or redistributing money to places where immigration is increasing, fine," he said. "But if they're cutting and holding onto the savings, that's just wrong." 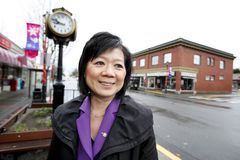 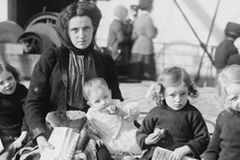