Prime Minister Stephen Harper's got a major shuffle this year, with several key cabinet posts switching hands. We asked Globe readers to predict who Harper would choose to fill five key positions. So how did they fare? Overall, Globe readers went in a very different direction than the Prime Minister, choosing different MPs for all five posts. See Harper's final picks below and the most common guesses by Globe readers.

Results: Build your own political cabinet

Harper's final selections are shown below along with the most popular picks by Globe readers.

Did you play the game? Enter your email address below to retrieve your guesses and see how you fared.

Sorry, this email wasn't in our database. Check the spelling and try again.

Want to create you're own cabinet? Learn more about the portfolios and design your own cabinet below.

Pick your Minister of Public Safety
Next

Ms. Bergen has been an MP since 2008. She was appointed as the parliamentary secretary to the public safety minister in 2011. Before politics, she was a financial adviser.

Ms. Glover has been an MP since 2008. She the parliamentary secretary to the finance minister. Before she was elected, she was a police officer.

Steven Blaney, Public Safety Minister, 2013-
Mr. Blaney has been the MP for Lévis-Bellechasse, Quebec since 2006. He has been appointed the Minister of Public Safety and Emergency Preparedness, after holding the veterans affairs portfolio for two years. Before entering federal politics, he worked as an engineer and environmental consultant.

Pick your Minister of the Environment
Next

This minister is responsible for parks, environmental assessments and Environment Canada. The federal department acts to conserve Canada’s natural environment and monitors the weather, pollution, greenhouse-gas emissions and more.

Mr. Kent has been an MP since 2008 and the environment minister since 2011. Before that, he was a television journalist.

Ms. Leitch has been an MP since 2011. She is the parliamentary secretary to the labour minister and the human resources minister. She is also a pediatric orthopedic surgeon, physician, and an associate professor of medicine.

Leona Aglukkaq, Minister of the Environment, 2013-
Ms. Aglukkaq has been the MP for Nunavut since 2008, and has been appointed the Minister of Environment, CanNor, and Arctic Council. She served as the Health Minister and Regional Minister for Northwest Territories, Nunavut, and the Yukon. Before becoming a federal MP, she was a senior officer of the government of Nunavut.

Pick your Citizenship and Immigration Minister
Next

This minister runs the federal department that controls who comes into the country and how they become citizens. Citizenship and Immigration Canada also promotes multiculturalism and processes refugee claims.

Mr. Kenney has been an MP since 1997. He has been the Immigration minister since the 2008 election. Before politics, he was a lobbyist.

Mr. Dykstra has been an MP since 2006. He has been the parliamentary secretary to the citizenship and immigration minister since 2008. Before federal politics, he was a St. Catharines city councillor from 1991-1997.

Chris Alexander, Citizenship and Immigration Minister, 2013-
Mr. Alexander is the current MP for Ajax-Pickering in Ontario and previously served as the parliamentary secretary to the defence minister. Before he was elected in 2011, he was Canada’s first resident ambassador in Kabul, Afghanistan.

Pick your International Co-operation Minister
Next

This minister is responsible for Canada’s aid to foreign countries. Previously, that meant running the Canadian International Development Agency. But the Conservatives announced with the 2013 budget that they would keep the minister and merge the agency with the department responsible for foreign affairs and international trade.

Mr. Alexander is currently serving as the parliamentary secretary to the defence minister. Before he was elected in 2011, he was Canada’s first resident ambassador in Kabul, Afghanistan.

Ms. Rempel has been an MP since 2011. She is the parliamentary secretary to the environment minister. Before politics, she was a management consultant and a research administrator.

Christian Paradis, International Co-operation Minister, 2013-
Christian Paradis has been the MP for Mégantic-L’Érable in Quebec since 2006. He was the industry minister and minister of state for agriculture. He has held the natural resources and public works portfolios and was a lawyer before politics.

Mr. Lukiwski has been an MP since 2004. He is the parliamentary secretary to the leader of government in the House of Commons, and sits on the standing committee on procedure and House affairs.

Mr Moore has been an MP since 2000. He has been the heritage minister since 2008. Before politics, he was a broadcaster.

Peter Van Loan, House Leader, 2011-
Mr. Van Loan has been the MP for York-Simcoe, Ontario since 2004. He will continue his position as Leader of the Government in the House of Commons, which he held from 2007-2008, and resumed in 2011. Before becoming a federal MP, he was a lawyer and a professor.

This is your cabinet 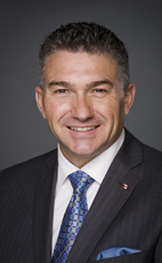 Now share your cabinet!
Your friends will see your picks before creating their own.

Interactive by STUART A. THOMPSON
FEEDBACK