National Defence must take an axe to its bloated headquarters by dismissing or reassigning thousands of workers if the military is to meet its future obligations, concludes a landmark report charged with transforming the Canadian Forces.

This scathing assessment by Lieutenant-General Andrew Leslie, who commanded the Canadian army during the Afghanistan war, arrives at a pivotal moment for the military, as the army returns from its troubled mission in Kandahar, the navy and air force seek new ships and aircraft, and the Conservative government vows to eliminate the federal deficit in a gloomy economy.

"If we are serious about the future – and we must be – the impact of reallocating thousands of people and billions of dollars from what they are doing now to what we want them to do ...will require some dramatic changes," Gen. Leslie writes in Report on Transformation 2011. A copy of the report has been obtained by The Globe and Mail.

It offers 43 recommendations on how "to reduce the tail of today while investing in the teeth of tomorrow," eliminating or reassigning some 11,000 of the 145,000 people in National Defence and the Canadian Forces.

The key recommendations include:

- doing the same to 3,500 civil servants in the department;

- cutting the number of full-time reservists – many of whom man desks at headquarters – in half, to 4,500 and converting them to part-time service, while preserving and strengthening their ranks within communities;

- cutting 30 per cent from the $2.7-billion spent annually on contractors, consultants and services provided by the private sector

- consolidating departments that overlap and duplicate each other.

The changes are aimed at ending the "administrative incoherence ... stifling process, blurred authorities ... [and]reluctance at all levels to accept managerial risk" that Gen. Leslie maintains is hobbling the Canadian military's efforts to meet its mandate of protecting Canada's borders and working with allies overseas.

The changes would save the Canadian Forces an estimated $1-billion a year, the report concludes.

The Harper government named Gen. Leslie Chief of Transformation last year, charged with recommending ways both to save money and reposition the military for future challenges.

But whether General Walt Natynczyk, Chief of the Defence Staff, and Defence Minister Peter MacKay will act on Gen. Leslie's recommendations is unknown. The report itself alludes to resistance within the military establishment while it was being prepared.

And sources who cannot be identified because they are not authorized to speak to the press tell of tensions between Gen. Leslie and Gen. Natynczyk, who won the job to which Gen. Leslie had aspired. Although the report was delivered to Mr. MacKay in July, National Defence has not released it.

Liberal and Conservative governments increased military spending 50 per cent between 2004 and 2010, largely in an effort to properly equip and support troops fighting in Afghanistan.

Over those six years the number of people serving in National Defence grew 18 per cent. But the number of regular Forces personnel – the people who carry guns, fly planes and man ships – grew only 11 per cent, while the civilian work force swelled by 33 per cent.

At the extreme, the number of people serving in the navy grew by 3 per cent, but the ranks of civilians swelled by a third, while the number of actual navy personnel declined by 1 per cent.

Despite this burgeoning bureaucracy, Gen. Leslie notes, the Canadians Forces are getting steadily worse at actually spending the money allotted to them for new equipment and other capital purchases. By 2009-2010, the department was failing to spend more than $1-billion a year, thanks in part to "lack of project management capacity ... [an]overly protracted internal review and approval process" and "cumbersome and inflexible" spending controls.

The report offers a plethora of suggestions, many of them highly technical, for merging operations, for consolidating staff – so that the same number of people do the same kinds of jobs at military bases, for example – for contracting out internal operations in areas such as information management, and for converting full-time staff to part-time or temporary positions.

However, the report notes that previous efforts to tame the defence bureaucracy have been defeated by that very bureaucracy.

As a result "the headquarters and other overhead grew while ships were decommissioned, regular and reserve battalions were disbanded and whole aircraft fleets cashed in."

The same fate, Gen. Leslie ruefully acknowledges, could await his own report, noting that his team met considerable resistance from within the department.

"The tendency was to argue for the preservation of the status quo," he reports, noting that some internal consultations could best be described as "grimly amusing."

FROM REPORT ON TRANSFORMATION 2011

"If the results were likely to cause institutional angst, a variety of options existed, from waiting until the team disappeared, to conducting lengthy reviews of the recommendations and, finally to classifying the work to an extent that only a few could see it."

On resistance to this report

"[At]a large meeting in December 2010 involving the generals, admirals and senior DND civil servants ... it became apparent the tendency was to argue for the preservation of the status quo. ... Though grimly amusing, these interactions proved that consensus has not and probably never will be achieved on any significant change."

"Most subordinate organizations have done their very best to preserve their structures, their internal funding (what they need to take care of themselves) and their process ... which usually result in overhead staying much the same while support to the front-line deployable unit is cut far more than originally forecasted."

On waste and inefficiency

"These are symptomatic of old processes, new overhead layered on old, lots of committees and in certain areas a sometimes bewildering number of steps ...to actually achieve a government directed spending outcome."

Cause of increasing trend to not spend allotted money

"The issues of stifling process, blurred authorities and accountabilities, as well as some reluctance at all levels to accept managerial risk ... go a long way in explaining a disturbing and increasing trend as to why many hundreds of millions of dollars have remained unspent, starting in fiscal year 2006/07 and growing to this day." 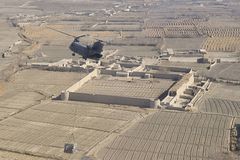 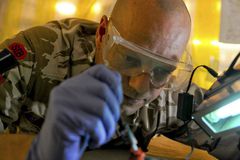 Department of National Defence to drop ship lease after losing millions
July 27, 2011
Follow John Ibbitson on Twitter @JohnIbbitson
Report an error Editorial code of conduct
Due to technical reasons, we have temporarily removed commenting from our articles. We hope to have this fixed soon. Thank you for your patience. If you are looking to give feedback on our new site, please send it along to feedback@globeandmail.com. If you want to write a letter to the editor, please forward to letters@globeandmail.com.
Comments