Say this about Canada's new poet laureate: Should a sex scandal break on Parliament during George Elliott Clarke's two-year tenure, he'll be well versed to cover it from every angle.

The award-winning Nova Scotia-born author, named to the post this week, has written widely about crime, race, social justice and good government. But rare is the national poet who can claim a blushingly bawdy collection of soft-porn erotica. (To steal chastely from one poem called Performance, published in a collection late last year, think "a sonnet of grunts, a ballad of moans," and use your imagination.)

Admit it: Didn't the poet laureate just get a little more interesting?

In all fairness, Mr. Clarke plans to stick to more PG-rated subjects now that he's officially top poet. He has ambitious plans: to amass a national treasury of historic poetry, advocate for the arts, and to commemorate the 150th anniversary of Canada and the 100 years since the Halifax explosion. Oh, and he's also planning to rewrite the Constitution, in verse. ("It shouldn't only be left to the constitutional experts," he says. "Bring in the poets!")

It all sounds more exhausting than the sweaty business depicted in another steamy sonnet, Two Staying Abreast. But then, Mr. Clarke, who at 55 continues to churn out work, and whose lively public readings were a mainstay of his recent term as Toronto's poet laureate, doesn't plan to wait to be asked for his contribution – especially given that previous governments haven't always made active use of their poet-in-Parliament.

"As a poet, it is my job to think through the transcendent meaning of an issue," he says, quoting Shelley, who described poets as the "unacknowledged legislators of the world," advancing collective ideals, serving as public philosophers, elevating debate above politics. A nonpartisan stance may require some tempering on Mr. Clarke's part – he names Pierre Trudeau as one of the "poet-politicos" who helped influence his writer's voice, and during the election, he blasted then-prime minister Stephen Harper in a series of magazine articles, particularly for the Conservative position on the niqab.

Issues of race and justice have long occupied Mr. Clarke's work. He's a proud "Africadian," the descendant of former slaves who sought refuge in the Maritimes, only to face another long struggle for equality. Mr. Clarke's mother was an early childhood educator who founded two daycares in Halifax. His father, a political junkie, worked for CN and later drove a taxi. Growing up, his home shook with James Brown and soared with Beethoven's symphonies, and during the summer before high school, a 15-year-old George began writing his first poems with a package of coloured markers, a gift from his mom that launched a prolific career.

In 2001, he won the Governor General's award for Execution Poems, which tells the tragic story of two of his cousins who were hanged in 1949 for killing a taxi driver in Fredericton, N.B. When asked to name a sample of work he would most want people to read, he speaks tenderly about Lasso the Wind, a 2014 children's book that he dedicated to his daughter, Aurelia.

A new book, The Motorcyclist, inspired by the 1959 diary he inherited from his father, is due out next month. And he is already working on his next novel, based on the true story of Charles Fletcher, a black Nova Scotian who went from Harvard janitor to geology professor, and was a participant in the Manhattan Project. (Mr. Clarke, a University of Toronto English professor, discovered Mr. Fletcher during his own year lecturing at Harvard.) As for his two volumes of Illicit Sonnets and Extra Illicit Sonnets, which depict two inter-racial romances between a younger man and an older woman, he says, "As a poet, I want to explore every facet of what it means to be human. … Love is part of life, and attraction is part of life, and children are the wonderful result."

On the subject of resulting offspring, the current Prime Minister can find the prologue of his own origin story in Mr. Clarke's 2007 political opera. Set in the 1960s and seventies, Trudeau: Long March/Shining Path, portrays Trudeau Sr. meeting John F. Kennedy, being treated to rum and cigars by Fidel Castro and flirting poolside with a bikini-clad Margaret, mother of Justin. ("Our love," the duet concludes, "will make history muse.")

What musings will come of Mr. Clarke's term have yet to be written – though no time to waste; the centennial of the 1916 fire that destroyed Centre Block is a mere month away. But a naughty-prone poet laureate with a social conscience might add colour to the grey walls of Parliament.

"Let's have some fun," Mr. Clarke says. Canada could stand for a rhetorical lift. To quote one of his recent poems: "Paltry is that government careless of Poetry." 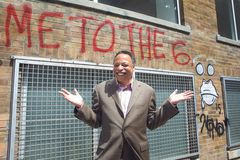 The other reason Trudeau would want gender parity in the Senate
January 5, 2016 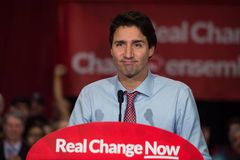