France is knocking on Canada's door seeking assistance for its intervention in Mali, and Canada's door seems to be open a crack. Besides providing the French military, a military transport plane, at least temporarily, Foreign Affairs Minister John Baird says Canada wants to offer both humanitarian aid and "support for the restoration of democracy". This will come as a pleasant surprise to many Malians.

Those who care deeply about the plight of Mali, including Canada's role there, should read Joan Baxter's revelatory book Dust From Our Eyes: An unblinkered look at Africa. Ms. Baxter, a Canadian journalist who lived in Africa for two decades, witnessed first-hand the contempt, cynicism and implicit racism that characterizes the way so many western governments and corporations regard Africa.

Sad to say, this indictment applies in substantial part to Canada. As the Mali crisis has garnered attention, too many media reports have lazily peddled government propaganda about Canada's long and apparently constructive relationship with a democratic and developing Mali. Much of this is self-serving hooey. Mali ranks 175th of 187 countries on the UN's 2011 Human Development Index, has grown obscenely unequal in the past decade, and its democracy resembled a Potemkin's village.

But what Mali does have is gold in the south, much of it being mined by Canadian companies, and the hope of oil in the north. Canadian aid to Mali totaled $110-million last year, before the coup against the government, but how much ever got to help poor Malians is impossible to know; CIDA's website is particularly unhelpful. No doubt some did. More persuasive, however, is Joan Baxter's research, since she was there and spoke to everybody.

In a telephone interview from her present home in Nova Scotia, Ms. Baxter said that much Canadian government interest in Mali in recent years focused on its gold and oil, and both CIDA and our diplomats worked assiduously to make life easier for Canadian mining companies. Despite all the usual PR mumbo-jumbo about Corporate Social Responsibility, Ms. Baxter saw that these companies care infinitely more about their share prices than about the Malian people, a truth reflected in the extremely generous tax holiday granted by the deposed neoliberal government.

As for France's interest in Mali, its record over many years speaks for itself. Caveat emptor, Mr. Baird. Have you yet been briefed on France's remarkable history in Africa? Do you not find it just a bit off-putting that yet another French socialist president has now decided to save Africa, if possible with our help? It raises an intriguing question: How long would it take AQIM – al-Qaeda in the Islamic Maghreb, the target this week of French forces in Mali – to kill as many Africans as France has done, directly or indirectly, over the years?

The last time a French socialist president intervened in Africa, Francois Mitterrand threw his active support behind the genocidaires in Rwanda for the usual reasons of French realpolitik. The actual attitude towards Africans of much of the French establishment was unabashedly racist. As Bruno Delaye, Mitterrand's chief adviser on Africa, told a delegation of human rights advocates, it was true France's Rwanda allies had committed unspeakable deeds, but "that was the way Africans were." Rwanda was only another in a long series of "routine bloodlettings" on the continent.

This one wasn't quite routine, of course. Yet the French worked with the extremists every step of the way, becoming actively complicit in the 1994 slaughter of perhaps a million innocent Rwandan Tutsi. French soldiers in Rwanda then allowed large numbers of the genocide leaders to escape into Congo where they promptly began to re-mobilize. The appalling wars of the Congo had begun.

In one of their phone calls, Mr. Harper or Mr. Baird might ask President Hollande, who cares so deeply for the people of Mali, when the French government will apologize for France's role in Rwanda.

No one knows exactly how many dead Africans France has been responsible for, directly or indirectly, during its colonial and post-colonial pursuits in Africa. Horrendous massacres by French soldiers in Madagascar, and Algeria. Rwanda of course. Tens of thousands of Africans conscripted to fight in France's European wars. Countless thousands murdered by the many tyrants whom France installed in their former colonies in west and central Africa. It's quite a rap sheet.

France has already elicited the logistic support of the Americans for their Mali mission. After all, both have been longtime proponents of R2P – the Right to Plunder – and the Americans too have a record to perpetuate in Africa: conspiring to murder the first democratically elected head of Congo, supporting the Congo's Mobutu as he tore the very heart out of the continent, conspiring with the apartheid regime in South Africa, betraying the Rwandan Tutsi and the Darfuris of Sudan, and, like France, colluding with a legion of sadistic, venal rulers only too pleased to aid and abet American geopolitical and corporate interests.

What's happening in Northern Mali and surrounding areas is in reality extremely complex, worlds beyond the simplistic narrative of marauding al-Qaeda terrorists. That foreign military intervention is capable of "fixing" the crisis, whatever that means, seems wildly unrealistic, though I certainly don't pretend to know what might. But another interminable foreign war by the white world against another group of Muslims seems the least useful strategy possible, certain to fuel even more extremism, to provoke retaliation against the intervening powers, as already witnessed, and to exacerbate the humanitarian disaster.

Investors in Northern Africa: We told you so
Subscriber content
January 18, 2013 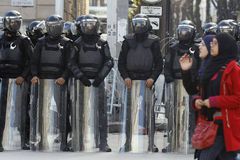 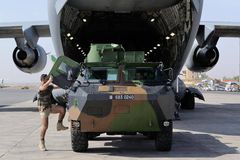